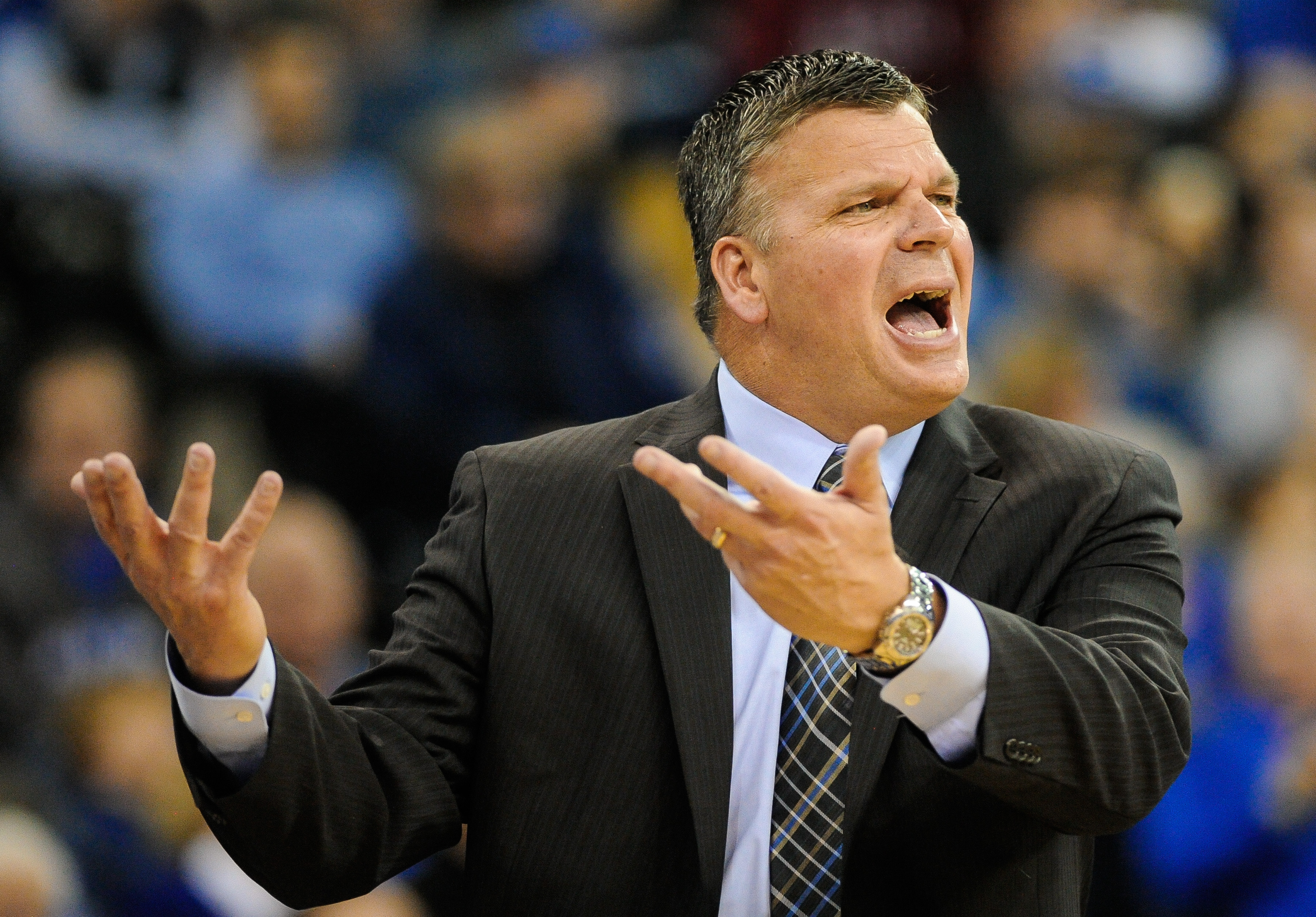 With a short work week and a food coma after guzzling down a face full of turkey, stuffing and pumpkin pie on Thanksgiving, college basketball fans might have missed the highlight reel from the past seven days.

Despite a decline of game-winners, Fort Wayne delivered an equally remarkable moment in its 71-68 upset victory over No. 3 Indiana on Tuesday night. With three seconds left in overtime, senior guard D’Angelo Stewart knocked down a pair of free throws, which were his lone points of the night, to put a bow on it. Nevertheless, a gulp of bleach probably isn’t the most intelligent way to consume the first win over an AP Top 25 team in school history.

When ball is life but it's laundry day #LegendsofCH https://t.co/ccHK2TLkVf

On that note, here’s the second edition of The Comeback’s College Basketball Stock Watch, where we check in with one team and player who shined during the last week. On the flip side, another team and player showed a need for growth. Dig in.

While Villanova remains the favorite to repeat as the Big East Conference regular season champs, the Bluejays deserve plenty of attention as well. Their 5-0 mark includes two victories over top-80 programs in KenPom’s rankings over the last several days, along with a dominant showing against Wisconsin in the Gavitt Tipoff Games less than two weeks ago.

To tipoff the Paradise Jam on Sunday, Creighton muzzled the North Carolina State Wolfpack (No. 48 at KenPom) in a 112-94 thrashing, as head coach Greg McDermott’s unit shot a robust 60.6 percent from the field. The subsequent evening, the Bluejays stretched that proportion a step further, shooting 61.5 percent on the perimeter in a 86-77 win versus Ole Miss (No. 79 at KenPom). Kansas State transfer Marcus Foster, who’s producing a team-high 18 points per game, led the way with 25 points and five threes.

This is Marcus Foster. He can score the basketball. #GoJays #Creighton #TakeFlight https://t.co/kQqW2TEfCR

Albeit just five games in, Creighton ranks No. 3 in the nation in three-point field goals made (166). When the school last made the NCAA Tournament in 2013-14, it placed No. 1 in Division I (tied with Iona) in triples per contest.

Alongside Foster, senior point guard Maurice Watson Jr. perches at No. 2 in the country in assists (9.2), providing the bunch with a terrific floor general for its stout 93.2 points per game (No. 11 in DI). His willingness to distribute allows those numbers to blossom, especially in an affair with Washington State, when he reached 13 assists and attempted only four shots.

Following an up-and-down three years in a Gamecocks uniform, the senior guard is thriving through the first five games of his final campaign, especially in the previous two meetings.

Against South Carolina State, Thornwell posted 22 points on 8-of-15 from the field. In total, he’s shooting 48.6 percent overall after hitting an unimpressive 38.2 percent clip a season ago. Five days later, the Lancaster, South Carolina native stuffed the stat sheet versus No. 25 Michigan, notching 21 points, 10 rebounds and even three blocks.

There's not many better guards in college basketball that rebound like SC's Sindarius Thornwell. Had 10 versus Michigan. Averaging 7.2 RPG.

More impressively, the 6-foot-5, 211-pounder provides an edge on the glass that many fellow backcourt grinders envy. He sits tied for seventh in rebounding (7.2) among guards in power conferences. His length has also proved bothersome for his opponents. For instance, he helped contain Wolverines’ guards Zak Irvin and and Derrick Walton Jr. to a combined 5-of-27 from the field.

Coached up by Frank Martin, one of the grittier defensive preachers in the country, Thornwell should continue to provide a major edge on defense. His recent surge on the other end of the floor isn’t a fluke, either.  He’ll have an opportunity to display his dexterity on a big stage, facing No. 18 Syracuse next on Saturday.

Losing its two lone contests of the week, the Longhorns can’t be thankful for much. Head coach Shaka Smart’s group failed to capitalize on racking up victories against Colorado and Northwestern, positioned No. 43 and No. 53, respectively, in KenPom’s rankings, non-conference matchups that seemed winnable.

Entering the 2016-17 season, Texas boasted freshman James Allen, a 6-foot-11, five-star recruit, and three four-stars (Andrew Jones, James Banks and Jacob Young). Particularly versus the Wildcats, inconsistency plagued the rotation full of underclassmen in a 19-point defeat. The five youngsters weaved together a 6-of-16 shooting performance and just 17 points, too. On top of that, they combined for seven turnovers.

Tevin Mack has really come alive offensively for Texas as a sophomore. Didn't see this kind of stuff from him last season #HookEm pic.twitter.com/nGqb6m7cLX

In the third-place game of the Legends Classic, Allen was one the only newcomer to bounce back, accumulating 15 points and six rebounds. Nevertheless, sophomore guard Tevin Mack, the team’s leading scorer with 13.5 points per contest, struggled in his three-point effort. In their two tournament games, the Longhorns combined to shoot an eye-gauging 37 percent from the field.

Besides a date with Michigan in early December, Texas’ non-conference slate looks fairly weak. Still, Smart doesn’t appear to possess the squad that was projected to finish No. 3 in the Big 12 Conference. Don’t feel too bad about yourself, Charlie Strong.

A week ago, the senior guard was operating like an up-and-coming star. Hill was averaging 30.5 points over his first two contests, including a 40-point explosion against Northern Kentucky. Plus, he generated 25 points on Nov. 18 following a three-point dud in a blowout win over McKendree. But the Illinois native has struggled in his last couple matchups.

On Monday, Hill scored 14 points in an overtime loss to Winthrop yet shot a mere 4-of-17 from the field. Additionally, he supplied seven turnovers. Then, in the first round of the NIT Season Tip-Off, he whiffed in a 32-point loss to West Virginia, dropping just seven points. In those two affairs, the 6-foot-6, 225-pounder combined to construct a 24 percent shooting clip.

The Mountaineers’ defense does pose numerous hurdles in the patented 1-3-1 zone, which positions itself top-10 in DI scoring defense, but the 6-foot-6, 225-pounder contains the athleticism to break it down. Therefore, his issues may stem from pressing when Illinois scuffles offensively. That came to fruition versus the Eagles once Illinois began to relinquish a slim lead. Hill was held scoreless in the second half and overtime frames of that contest.

Luckily, the Illini have a quick turnaround against No. 25 Florida State in their final game of the tournament, so the upperclassman won’t have to wait long to halt his slump.