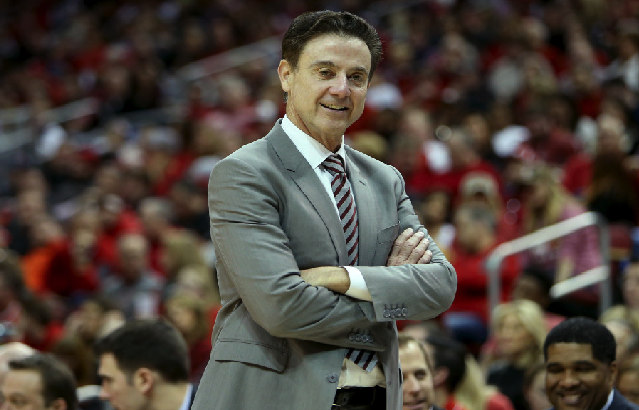 Usually, a week in college basketball is headlined by an upset or a phenomenal contest, like Kentucky’s thrilling victory over North Carolina on Saturday. But instead, the Edmund P. Joyce Center in South Bend, Indiana was the scene for a more memorable moment.

Minutes after accumulating 13 points and seven assists in a 15-point win against Colgate, Notre Dame point guard Matt Farrell took in a video message via his brother on the Jumbotron. Then, Bo Farrell, who many believed was serving in Afghanistan, stepped onto the court and thoroughly surprised the junior.

Matt Farrell thought his brother was coming home from Afghanistan in February… he was wrong. pic.twitter.com/kp8GVik7Si

“We don’t ask much for Christmas, anyway,” Farrell told reporters after the game. “So this is the best Christmas present I’ve ever had.”

Even though the U.S. Army officer would likely dominate on the hardwood, he just missed the The Comeback’s College Basketball Stock Watch this week. As usual, one team and a player made a compelling jump over the previous seven days, while another duo stumbled a bit. Hopefully, your allegiance isn’t offended.

In what might’ve been the Cardinals’ (11-1) toughest matchup of their entire campaign thus far, head coach Rick Pitino’s unit flourished in its first win against No. 6/5 Kentucky (10-2) since 2012. Throughout the game, Louisville relied on its disruptive defense to frustrate freshman guard Malik Monk, who ranks No. 23 in the country in scoring (21.4 points per contest). Following a 47-point explosion versus the Tar Heels, Monk was held to 16 points on 6-of-17 shooting, including a 1-of-9 performance from behind the arc.

Unsurprisingly, the Cardinals place seventh in Division I in defensive efficiency (.83 points per possession). Considering the Wildcats have been held under 87 points just twice in 2016-17, Louisville’s prowess on that end of the floor should be extremely concerning for its upcoming ACC opponents.

Additionally, guard Quentin Snider (22 points) became the Cardinals’ first player to notch at least 20 points in a matchup this season. In the last two games, he has strung together 35 points on 57.6 percent clip from the field, which is 22 ticks higher than his overall shooting percentage (35.1). Hence, the junior’s shot selection appears improved, as he collected two critical buckets in the final three minutes against the Wildcats.

Sorry, Eastern Kentucky. Your 31-point loss to Louisville on Saturday failed to generate as much buzz.

Rather than submitting an entry for the NBA Draft in June, Swanigan returned to West Lafayette, Indiana for his sophomore season. The 6-foot-9, 250-pounder is currently reaping the benefits, especially over the last three contests (Notre Dame, Western Illinois and Norfolk State), during which he’s averaging a stunning 26.3 points and and 17 rebounds per contest. More impressively, he’s one of two players with back-to-back 20-point, 20-rebound efforts in the previous 20 seasons.

Essentially, the last week constitutes as Swanigan’s breakout stretch. In particular, against the No. 25/24 Fighting Irish, he helped the No. 15/15 Boilermakers erase a 14-point second half deficit in their 86-81, delivering five goals from inside 10 feet over the final 20 minutes. Despite 7-foot-2, 290-pound center Isaac Haas holding the most imposing frame in Purdue’s frontcourt, Swanigan has resembled a much greater disturbance on the the block.

In total, the forward is generating 18.3 points and 12.5 rebounds per game (No. 2 in the nation), along with a stout 59 percent clip from the field. If Swanigan continues his latest ascendance, he’ll easily challenge for the Karl Malone Award, which goes to the nation’s top power forward.

In a two-point loss to Clemson on Wednesday, head coach Frank Martin’s bunch saw another opportunity to pick up a quality win slip away. Albeit a career-high 26 points from guard P.J. Dozier, he missed a three-pointer with seconds remaining to seal the Gamecocks’ fate. A similar situation occurred last week against Seton Hall, as the sophomore’s heave at the buzzer was just off, which would’ve knotted the contest.

In spite of Dozier averaging 23 points over the last three affairs, South Carolina has exhibited inconsistency as a whole. The team manufactured .93 points per possession during that stretch. Losing guard Sindarius Thornwell (18.7 ppg), who was suspended for an unspecified reason earlier in the month, evidently stung the group’s rhythm, too.

Although the Gamecocks (9-2) hold wins over Michigan and Syracuse, who were both previously ranked at one point this season, both teams have displayed their respective struggles. For instance, the Orange were recently blitzed by an underwhelming St. John’s squad in a 33-point loss. Hence, their resume doesn’t appear as admirable as it once did.

Sadly, one of the more hyped-up college basketball players heading into the season let his immaturity wreak havoc against Elon on Wednesday. When guard Steven Santa Ana drove towards the basket in the first half, Allen stuck his leg out to send him tumbling. It was the junior’s third tripping incident since last February.

While head coach Mike Krzyzewski suspended the Blue Devils’ guard indefinitely, he also found a way to inexplicably defend him in numerous interviews. Nevertheless, Allen’s sentence to the bench should assist with relieving him of his recent offensive funk.

Coach K on Dan Patrick. I think K's a good guy but his level of arrogance is astounding. https://t.co/hnrd40SGRA

Through 13 matchups, Allen supplied 16 points per game, shooting 38.4 percent overall. Furthermore, he combined to score only 15 points on an identical 15 field goal attempts over the past two affairs. Surrounded by a pool of freshmen talent in the form of Harry Giles, Jayson Tatum, Marques Boldin and Frank Jackson, it’s conceivable that the Jacksonville, Florida native may not reach the ceiling he imagined when returning to Duke.

Still, in order to for the Blue Devils to make a run in the NCAA Tournament, they’ll need Allen to reconstruct his reputation, as well as his despondent shooting touch.