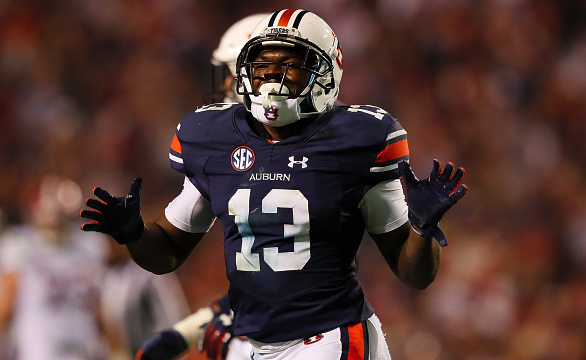 Bowl projections in the College Football Playoff era have become more of an art than a science. There is no more selection order or priority for the top bowls. Instead, the committee tries to select the best matchups for fans and viewers of the New Year’s Six bowls.

As we get to the lower bowls, most conferences no longer have bowls select teams. Instead, the conferences pool groups of bowls together and select which teams go to those bowls. These teams can be chosen for any reason — the conference can decide based on geography, local fan interest, expected TV viewership, or even the likelihood of its team winning the game. Predicting who goes where in the bowl pool era is near-impossible. As we get closer, though, we’ll be able to make predictions based off rumors about selections.

Generally, there are two types of bowl projections. The first is to predict every game for the rest of the season, and base the bowl teams off that. The second is to place the teams based on where they stand. Each method has its drawbacks, though. The first involves a lot of uncertainty, while the second involves assuming things that will no longer be true at the end of the year.

I am basing the bowl positions on where teams are now, but I am making certain projections. The only games I’m predicting are those that I am forced to — namely, games that involve teams getting to the six-win threshold and conference championship games.

In general, I am only assuming that the favorite will win each game. In the case of the Big Ten, even though early lines are placing Ohio State as the favorite, I am making these projections based on assuming that higher-ranked Wisconsin will win. The country’s only undefeated team has earned the benefit of the doubt at this point, and the Badgers will be slotted into the Playoff until they lose.

Again, I’m basically assuming chalk for the final weekend of the season. These are projections as things stand now. If Ohio State beats Wisconsin, it’s a toss-up whether the Buckeyes or Alabama will get in. If TCU upsets Oklahoma, there are compelling arguments in favor of Alabama, Ohio State, TCU, and Oklahoma — and, honestly, USC could be the avoiding-controversy choice. (Okay, so that last part wasn’t totally serious, though it would be an easy way out for the committee.)

As things stand, though, Clemson will get the top seed. I’m assuming Auburn jumps Wisconsin for the third seed, both to avoid a rematch of an early-season game and because Auburn has better wins, even with the two losses. Clemson gets geographical advantage, so that game gets the Sugar Bowl, while Oklahoma and Auburn will play out west in the Rose Bowl.

If chalk holds this week, five of these eight teams will have lost their final game of the season. However, all of those teams will stay in the New Year’s Six. Their resumes are all currently better than everyone right behind them, There’s no one to jump in and take one of the spots, with the possible exception of Washington jumping Notre Dame. I still think the Irish will stay ahead, as the Huskies only have one decent win.

(Tuesday night update: The committee clearly did not think that Notre Dame deserved to stay ahead of Washington. Since chalk holding this week assumes losses by TCU and Stanford, I am putting Washington in as the last at-large team.)

Miami gets into the Orange Bowl as a replacement for ACC champion Clemson. The Hurricanes will be placed against the highest-rated team from the SEC or Big Ten, which will be Alabama.

Assuming USC wins the Pac-12, the committee has a tremendous opportunity to set up a rematch of the best (or maybe second-best, after the National Championship Game) bowl game from last year. The committee will take advantage of that and give us a blockbuster Fiesta Bowl.

The next-best available teams are Georgia and Ohio State, so the committee will face them off in the Peach Bowl, which creates better geographic options for all three of Ohio State, Georgia, and Washington.

UCF is getting the Group of 5 bid right now, and they will be slotted against the highest-ranked remaining team, which means Washington. There is a chance that the committee will want UCF fans to have the least travel, so they might make Washington vs UCF as the Peach Bowl, and Georgia vs Ohio State in the Cotton Bowl.

There is also a slight chance that Stanford remains ahead of Washington (especially if the loss to USC is close) due to head-to-head. If so, just flip where I have Washington and Stanford.

We are already past the threshold of 78 teams for bowl games. Additionally, three teams have chances to become bowl-eligible this coming week. Florida State will very likely earn a bowl bid, and New Mexico State is favored over South Alabama.

Eighty-one bowl teams means that three will be staying home. They will all likely come from Conference USA and the MAC, and right now I have Buffalo (MAC), Middle Tennessee (Conference USA), and UTSA (Conference USA) stuck sitting home this bowl season.