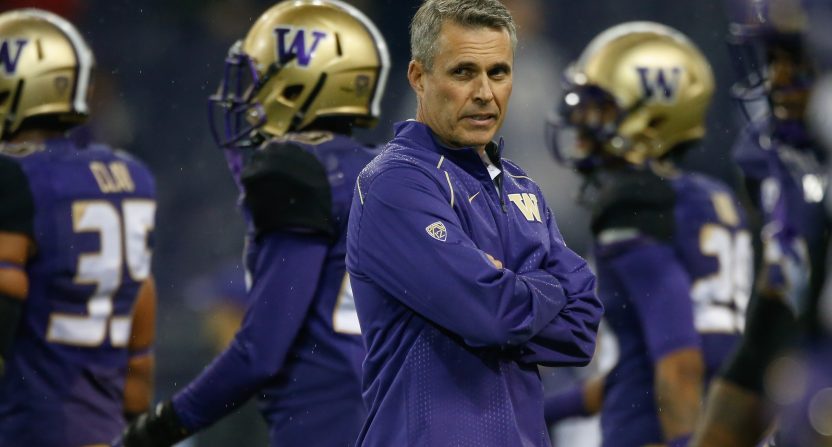 From a bird’s-eye view, college football’s first early signing period seemed to go pretty well. Players are able to get through the holidays without worrying about impending college decisions. Coaches are able to get an earlier look at the next season’s roster. And it cuts down on the late-in-the-game chicanery that’s happened annually around National Signing Day.

Of course, there were also drawbacks in the form of coaching changes harming schools’ abilities to pull together quality classes. For later hires, there simply wasn’t enough time to get  a strong collection of signings without it all feeling rushed.

So with all of that in mind, we determine the early signing period’s biggest winners and losers. We try to avoid the obvious names at the top, focusing instead on the schools that surpassed expectations (versus simply meeting them).

Tom Herman isn’t messing around in year two at Texas. He signed 19 of 21 players in a blue chip-laden class on Wednesday, en route to a No. 3 overall ranking in the current 247sports composite. Maybe most importantly, the Horns were in the fight for top in-state talent once again. Seven of the top 10 in-state recruits signed with UT, headlined by the nation’s 19th-best prospect (per 247), five-star safety BJ Foster. This was a must for a program that finished with the No. 25 class last year and has only seen two players selected in the last two NFL Drafts.

Washington has been among the best programs in college football over the past two seasons. But the one thing holding them back from truly competing for a national championship has been a lack of elite talent. Well, Chris Petersen appeared to address that during this year’s early signing period as the Huskies signed 18 players on Wednesday, including top-10 wide receiver Marcus Spiker. UW is currently ranked 11th in the composite recruiting rankings with potentially its best class ever.

Fresh off a surprising top-20 finish in last year’s recruiting rankings, DJ Durkin and Maryland appear to be at it once again. The Terps are currently ranked 18th in the composite, with 22 players signed, and an emphasis on winning in the trenches. They’re ranked fourth among all Big Ten classes right now — a considerable feat given the schools they’re up against in the league’s East division alone. Signing four-star cornerback Noah Boykin (a current commit) would be what solidifies this as another case of UM punching above their weight on the recruiting trail. 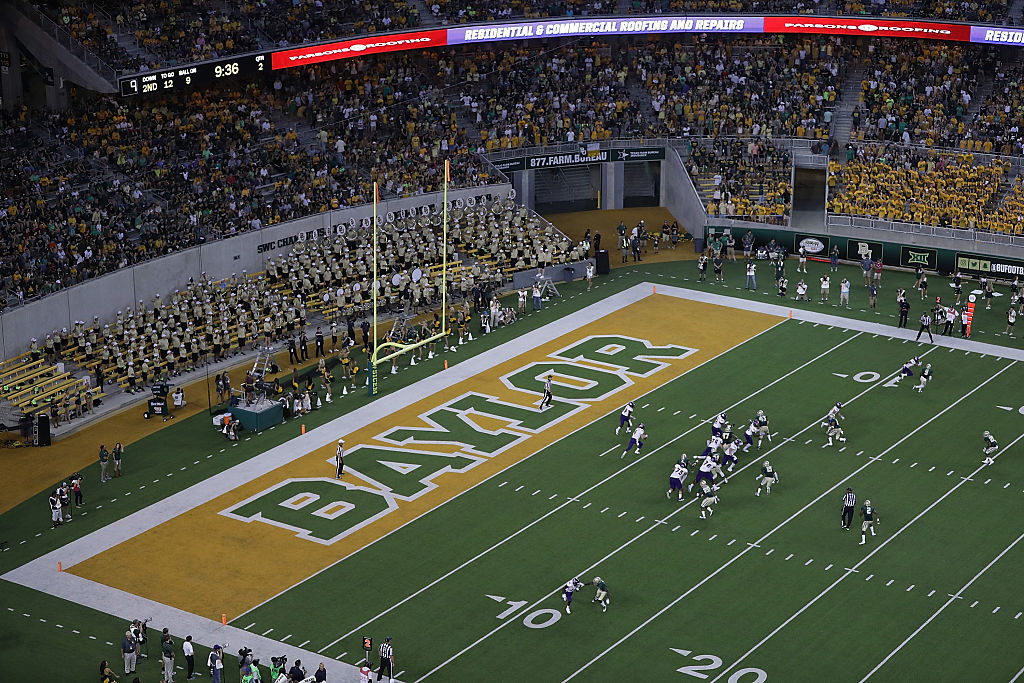 Baylor’s late addition of four-star Arkansas quarterback Gerry Bohanon helped put the class over the top and finish up a surprisingly strong finish around the top 20. Considering the Bears’ uncertain fate with the NCAA and the disastrous (yet expected) season they just came off, this could’ve gone terribly wrong for Matt Rhule. Instead, Baylor is primed to bounce back with a blue-chip dual-threat QB to lead them down the road.

Losing Willie Taggart to Florida State in December could’ve been a death knell for the Ducks’ promising class. Instead, Mario Cristobal appeared to rally during the early signing period, signing 13 of the program’s 20 verbal commits. That percentage may not be high compared to a lot of top teams, but it sets the tone for Cristobal’s tenure that his tenure will begin with business as usual. If they can hold onto most of their verbal commits, Oregon is potentially looking at a top-20 class despite the coaching change.

The poor 2017 campaign was just part of the issue for FSU, which started hemorrhaging recruits once rumors of Jimbo Fisher departing for Texas A&M started to pick up steam. There’s no doubting the quality of this class’s four signees. However, with so many top players off the board, it makes it impossible to rebound in this cycle. That’s no knock on Willie Taggart’s long-term prospects. He’ll be starting a little behind the eight-ball in Tallahassee, though.

Despite making a bowl game, ASU fired Todd Graham and then hired Herm Edwards — a coach with no modern recruiting chops. Graham’s top assistants fled soon after, putting the entire staff in disarray heading into the early signing period. The Sun Devils manage to sign 11 players, but no four-stars and they’re likely to struggle over the next month with a program in flux. They’re currently ranked 71st nationally.

Without a major coaching turnover, it’s curious to see Utah fail to do much around the early signing period. The Utes have just six signed players (including four-star QB Jack Tuttle), and only a handful of other commits. Low numbers right now don’t necessarily mean failure. It’s just tough to make up the difference when there are so few elite players left, as mentioned above under FSU. Utah and ASU are among several Pac-12 teams that seemed to fall short during the early signing period.

The Hogs may be hard-pressed to look vastly improved in Chad Morris’s first season given the small amount of incoming talent this early signing period. Just seven players signed letters of intent on Wednesday, and there’s only a small number of unsigned commits left to add to that list. Arkansas is currently ranked last in the SEC by a significant amount, and that recruiting number isn’t likely to rise much by National Signing Day.

With Scott Frost still on the sidelines for UCF, it certainly makes it tougher for him to go out and sign a top class at Nebraska. And while the Huskers’ 2018 signees included three four-star prospects, there’s not enough depth there to make for an impressive first go-around. Like Taggart, Frost will be starting with a little bit of a step back on the recruiting front. However, a full cycle in 2019 will be a much more accurate look at what the coach can do after rejoining his alma mater.