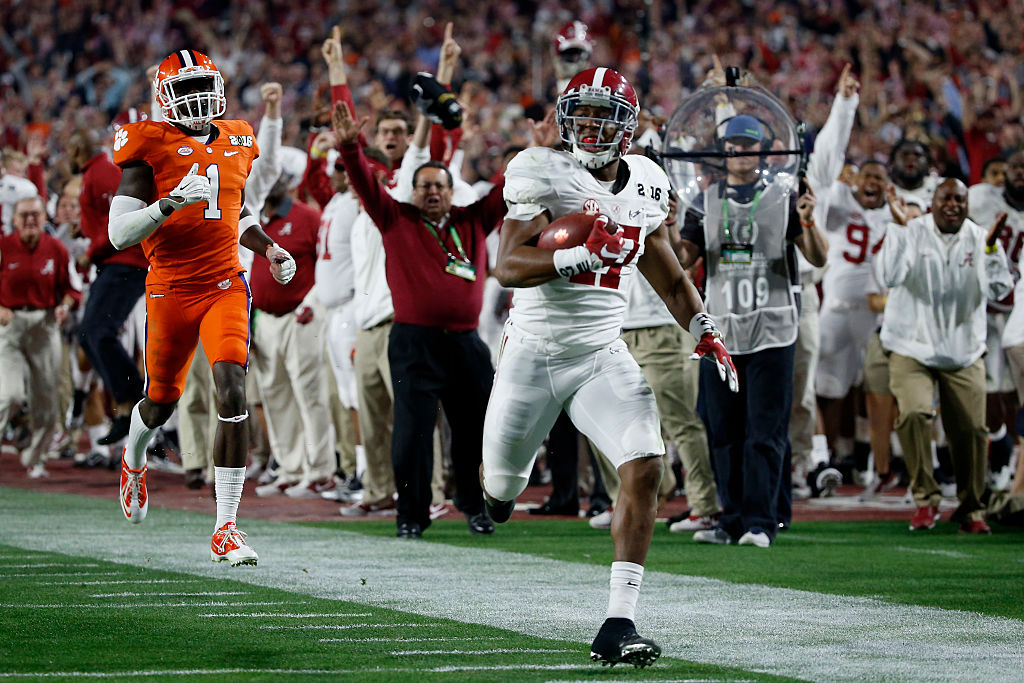 How does every football game, everywhere, begin? With a kickoff, and in most cases, a touchback thanks to rule changes over the past few years.

But, it appears that may not be good enough for some in the world of college football. Instead, according to Dennis Dodd of CBS Sports, two very influential committees within the world of CFB have at least held informal talks about the elimination of the kickoff from the game altogether.

Those committees in question would be the American Football Coaches Association’s board of trustees and the NCAA Division I Football Oversight Committee.

Why eliminate plays that spark such excitement and can change a game on a dime? It’s all in the name of player safety, of course.

Something about players taking a running 65-yard head start at a kick returner and colliding with other yolked up individuals along the way doesn’t seem like a wise decision when we know what we already know about the long-term affects of concussions.

NCAA Division I Football Oversight Committee chair, and Big 12 commissioner, Bob Bowlsby sees the need to at least explore the possibilities given the dangerous nature of the play.

“I don’t think there is any doubt it is the most dangerous play in the game,” said Big 12 commissioner Bob Bowlsby, chairman of that oversight committee. “How much that’s the case and how we can fix it is unknown.”

Dodd notes that the committees are studying research on injuries and when they occur and sources tell him that early data suggests kickoffs are where the most injuries happen to players.

While the data may say injuries occur at a higher rate, some still don’t see the need to eliminate what has been a integral part of the game for a century or so. That includes current Mississippi State linebacker and special teams player Richie Brown.

“That would be really weird,” Brown said of abolishing kickoffs. “You need that in the game of football. I looked at it as just another way of making plays.”

It certainly seems that with the trend towards worrying the most about head trauma and player safety overall, changes to the most dangerous play in the game would be in the works.

According to Dodd’s report, former Rutgers head coach and current Ohio State defensive coordinator Greg Schiano has a few ideas that he’s been floating for the past five years:

Schiano suggested a team kicking off after a score would have two options: Take the ball on its own 30 and either punt or go for it in a 4th-and-15 scenario.

The biggest question remains: what exactly would they change to? How do you start the game, restart play after a touchdown has been scored, and keep keep the game interesting at the same time?

While the evidence seems to be there, a workable solution seems to be in the distance and it may be years before we have something workable to make the most drastic change to the game of football since the forward pass.