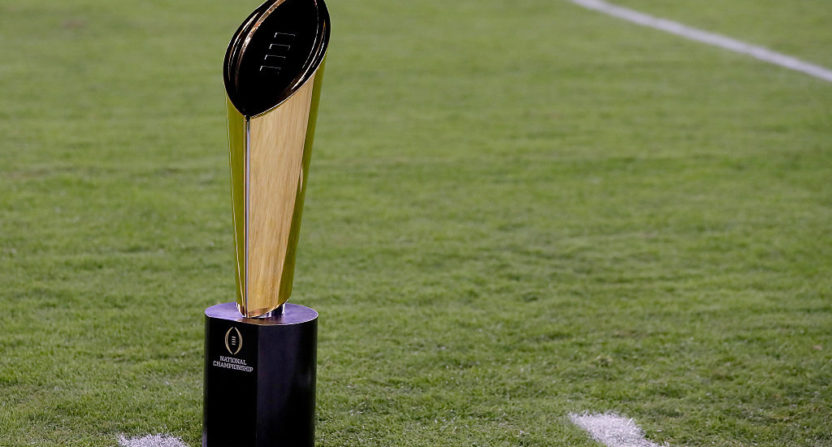 What would a championship game be without a fun list of prop bets to roll through? As you are watching Alabama and Georgia play in Monday night’s College Football Playoff national championship game, have a little fun on the side with your friends and family — or the internet — by taking part in some fun prop bets before, during, and after the game.

Bovada has a sheet of prop bets for you to make your official predictions and you can set the monetary value on each with your viewing party or just compare scores at the end of the night for pure bragging rights. Let’s take a look at some of the prop bets that will be the most fun to keep track of Monday night.

This prop bet probably needs to be modified slightly to reflect the coin tossing method used in the College Football Playoff. Rather than a traditional heads or tails, a commemorative coin depicting each team’s logo on either side has been utilized, with the coin being flipped to the air and the team logo showing up determining who wins the toss. It’s a good way to avoid potential disasters at the coin flip as we have seen over the years in football. So just flip this to Alabama or Georgia if necessary. Either way, it’s a 50/50 gamble. Roll Tide.

It’s worth noting the sheet of prop bets provided by Bovada has one prop bet for “heads or tails” and another for “who will win the coin toss” so you’re covered either way.

Will there be a score in the first six minutes of the game?

This one will be tricky given how the defenses could potentially play in this game. The first score in the Sugar Bowl last week came after the six-minute mark of the first quarter when Alabama finally got a field goal on the board. Georgia did score on their first possession of the game last week against Oklahoma in the Rose Bowl, but the Sooners got the ball first and ensured Georgia would not score until after the six-minute mark.

I suspect the defenses set the tone early on as the teams feel each other out a little bit, and the first points of the game may come after the six-minute mark. Which leads us to our next prop bet…

What will the first score of the game be? Touchdown, field goal, or safety?

Field goal feels like the safe bet here. Scoring touchdowns will happen but probably not right out of the gate. We know Georgia has the ability to kick some long field goals with Rodrigo Blankenship, but Alabama has scored a touchdown as their first score in each of the past two championship games. I’m riding with a Blankenship field goal to open this championship game’s scoring.

As for which player will score the first touchdown of the game, Alabama’s Damien Harris is the favorite at +350, followed by Georgia’s Nick Chubb at +500. I think there is some good value in Sony Michel (+650). Might want to drop a couple bucks on “No TD Score in the Game” at +5000 just for the heck of it.

Which team will call the first timeout?

Another bet that’s off the boards and just for fun is which team will call the first timeout. Take a wild guess and hope for the best, but I would not be shocked if Alabama calls the first timeout of the game. It may even come in the first quarter as Jalen Hurts is lining up the offense, scanning the defense, doesn’t see something he’s comfortable with as Georgia fans go nuts on a third down on the Bulldogs’ side of the field.

You don’t need to get all of those qualifications to win the bet, but shooters shoot, so I’m calling my shot.

Who will have more receiving yards: Calvin Ridley or Javon Wims

Georgia’s Javion Wims had six catches for 73 yards last week against Oklahoma. Alabama’s Ridley is third in the SEC in receiving this season and is coming off a Sugar Bowl with just four catches for 39 yards. Ridley has been quiet in his last two games after back-to-back 100-yard games. But keep in mind, Ridley also had five catches for 36 yards against Clemson last season too. Wims feels like the bet here, but you just have to fear Ridley is going to break a long passing play at some point. He’s due.

Will Jake Fromm throw an interception?

As much as Georgia’s freshman quarterback has proven to have ice water in his veins during big games, he’s going up against an Alabama defense that led the SEC with 17 interceptions. The odds suggest Fromm will be picked off at least once in this game, so put your money on Alabama’s defense to get their hands on a pass from the freshman.

How many times will Donald Trump be shown on TV (between kickoff to final whistle)? 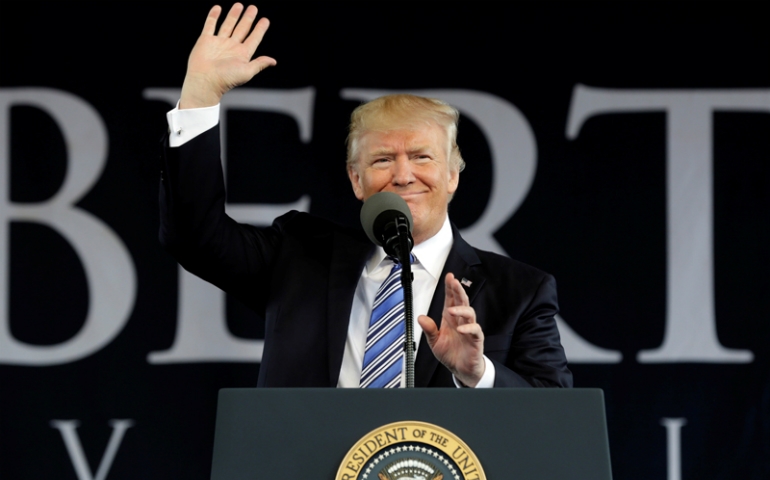 The President of the United States is expected to attend the championship game and although we may not get an interview with ESPN out of it, you can be sure the cameras will track him down and show him on TV multiple times.

The line is set at 2.5 times, and you have to decide to go over or under. I sort of like the under here. We know that the relationship between ESPN and the president is not exactly warm and friendly, but ESPN will feel an obligation to show us Trump is, in fact, in attendance.

But once they fulfill that obligation, will they be interested in going back to him often? And how long will Trump actually stay at the game? Will he leave before the game is over? It wouldn’t be a shock, although we can count on him staying for longer than Mike Pence and his staged appearance at a Colts game earlier this season.

I’m taking the under, because I suspect ESPN will get in a shot or two of Trump before kickoff, which is when the prop bet officially begins. After that, ESPN can focus on the game as they normally would.