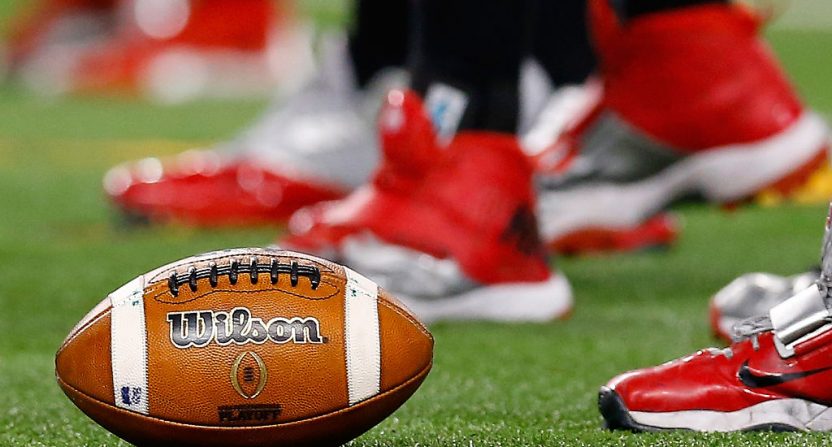 It’s March, so we’re still a few months away from college football returning in full. But today we did get an update on a few potential rule changes for the sport, and they’re not insignificant.

The biggest example: a proposed rule that would make any fair catch on a kickoff inside the 25 an automatic touchback.

The NCAA Football Rules Committee on Friday proposed altering the game’s kickoff rules to allow the receiving team to fair catch the kick inside the 25-yard line and have it result in a touchback.

The committee made the proposal to address player safety on the kickoff and to address tactics that attempt to pin the receiving team close to its goal line. All other aspects of the kickoff play will remain the same.

The proposal is the latest in a series of changes the committee has made in recent years in hopes of making the play safer. Before the 2012 season, kickoffs were moved from the 30-yard line to the 35. The committee also changed the starting position on touchbacks that year so that the receiving team started its drive on the 25-yard line instead of the 20.

“The committee discussed the kickoff play at great length and we will continue to work to find ways to improve the play,” said Larry Fedora, chair of the committee and head coach at North Carolina. “We believe making one change will allow us to study the effect of this change in terms of player safety.”

It kind of makes sense, on the surface; college kickers aren’t as uniformly able to kick it through the end zone every time, and if kicks were being fielded on the five and run out to the 25 or so anyway, there’s no real difference. This allows the return team to make that choice, and prevents the kicking team from popping up kicks to force returns as a strategy, which doesn’t seem like a real loss for the sport.

But it’s also an example of going way out of the way to not just eliminate kickoffs altogether; after all, players still get blocked and take on blockers on kicks, even when they end up without a return. These sorts of changes are essentially saying, “We recognize our sport is bad for the brains and bodies of our athletes, but we also like it when sometimes there’s a really fun touchdown return, so we’re going to try and balance those two things like they’re equal!”

There are a few other rules as well, though they might not end up so visible. From the release:

None of these rules are guaranteed to be enacted; they must first be approved by the Rules Oversight Panel, which will discuss the proposals in April.