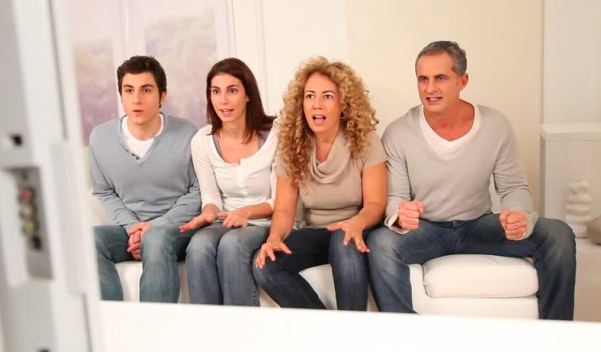 According to my count, there are only 11 teams remaining in the College Football Playoff chase. One of those teams, UCF, doesn’t really have a chance, though I laid out the Golden Knights’ path to the Playoff in detail last week.

In addition to those 11, USC and Washington State have a very outside shot, which I laid out in my CFP Implications column this week. Here, then, are the rooting interests this weekend for every team still in the race.

Clemson: The Tigers are in the Playoff with two more wins, but they might have a path back in even if they lose to South Carolina this week. For that to happen, though, they need two things. They need the SEC to only get one bid, which means Alabama winning this week (and Georgia Tech upsetting Georgia won’t hurt, either). The second thing Clemson would need is either for Ohio State to win the Big Ten with three losses — which means the Buckeyes lose to Michigan this week — or for Stanford to win the Pac-12.

If Clemson loses Saturday night, fans should turn their attention to the Apple Cup and hope that Washington wins. Clemson might not need either of these things, though. The Tigers could certainly still be ahead of 11-2 Ohio State, USC, or Washington State. But if both of those happen, then an 11-2 Clemson team is a lock.

Miami: Miami really doesn’t have much to root for. At this point, the Hurricanes are all but a lock at 11-1 and ACC champions. If that loss comes against Clemson, though, Miami still has a decent chance. Alabama winning the Iron Bowl helps, as would a three-loss Ohio State team winning the Big Ten.

Ohio State: The Buckeyes are in solid position, but not great. Buckeyes fans need Alabama to win out. It’s possible that 11-2 Ohio State gets in before 11-1 or 12-1 Alabama, but it’s far from a given. Alabama winning the SEC makes everything easier. The same goes for Miami winning the ACC.

However, Buckeyes fans should also be happy if Miami loses to Pitt on Friday. If that happens, Ohio State should be ahead of the ACC Championship Game loser no matter what. Oklahoma losing to West Virginia won’t hurt (it won’t help too much either, though), but TCU dropping a game to Baylor would be very helpful.

The easiest path for Ohio State is if Alabama, Miami, and Oklahoma win out — but there are other options. Alabama has to beat Auburn, though. If that doesn’t happen, the Buckeyes will need a lot of chaos, and even that might not be enough.

Wisconsin: The Badgers have a weak schedule. There’s no way around that. Northwestern winning this week is huge for them — they need a second ranked win. FAU winning out will also help. Ultimately, though, it’s not so relevant. Wisconsin is a lock at 13-0.

If the Badgers lose to Minnesota, they should still have a chance. It starts with Ohio State beating Michigan this weekend, but Wisconsin would need more than that. A 12-1 Badgers team should be ahead of the Pac-12 champion no matter who it is, so they’ll need a bit of help from the SEC and ACC. Alabama winning the SEC helps, as does Clemson losing to South Carolina. Of course, that’s a double-edged sword. If Wisconsin does beat Minnesota and then goes 13-0, Badgers fans should rather Auburn win so that Wisconsin won’t have to face Alabama in the Playoff.

Oklahoma: The Sooners are virtual locks if they win out. If they lose to West Virginia, things get dicey, but Ohio State winning the Big Ten helps. The committee cared about their head-to-head earlier in the year, and there is no reason to think that has changed. TCU needs to win this week to make the Big 12 Championship Game more valuable, and 11-2 Oklahoma is probably ahead of any Pac-12 champion. Still, Stanford winning the Pac-12 would lock that up.

Oklahoma might have to worry about Notre Dame, so root for Stanford this weekend as well. And, again, root for a one-bid SEC and ACC. That means Alabama and Miami winning the conferences, though it doesn’t hurt if Miami and/or Clemson loses this week as well.

TCU: Finding a path for the Horned Frogs isn’t so easy. TCU is probably ahead of the Pac-12 champion if it wins out, but that’s not guaranteed. The Horned Frogs are also behind Notre Dame, so they need Stanford to win this week. As with everyone else, they also need a one-bid SEC and ACC.

Unfortunately, I’m not sure that TCU jumps ahead of an 11-2 Clemson team, so the Horned Frogs need either Clemson or Miami to also lose this week. Georgia Tech upsetting Georgia this week will help as well. That’s a rough path for TCU, but it’s a path.

Alabama: Alabama is a lock if it wins out. If the Tide lose, they still might get into the Playoff. It helps if either Wisconsin or Oklahoma loses in their conference championship games. Alabama is probably ahead of any Pac-12 champion, though Stanford winning the conference should help. Similarly, Stanford beating Notre Dame removes any chance of the Irish sliding ahead of Alabama.

Ultimately, though, a one-loss Alabama team is purely up to the mercy of the selection committee. Alabama passes the eye test, but the resume is relatively bare. The nature of the loss will matter, but ultimately it’s up to how the committee weighs resume vs eye test. Alabama fans should just hope that this all is moot, though.

Georgia and Auburn: These two are in the same boat. Win out and in, lose to Alabama and go to a New Years’ Six bowl. Georgia is probably still a lock if it loses to Georgia Tech and then beats Alabama, though the committee might hesitate before taking a team that lost two of its final four games. Either way, though, there’s not much to root for around the country. Maybe mass chaos can let Georgia back in even with a loss to Alabama, but that also seems unlikely.

Notre Dame: The Irish survived a strong effort by Navy to remain in the Playoff hunt. The Irish would like to see USC win the Pac-12, but not against Stanford. Stanford may remain ranked (or, at least, earn a quality win) at 8-4, but 8-5 makes that rougher. So the Irish don’t want to see one of its quality wins pick up a loss in the Pac-12 Championship Game, which means that Notre Dame fans should root for Washington State to beat Washington.

With the Pac-12 out of the way, Notre Dame needs a one-bid ACC and SEC. That means Alabama winning out, and Miami beating Clemson — with Clemson preferably also losing to South Carolina.