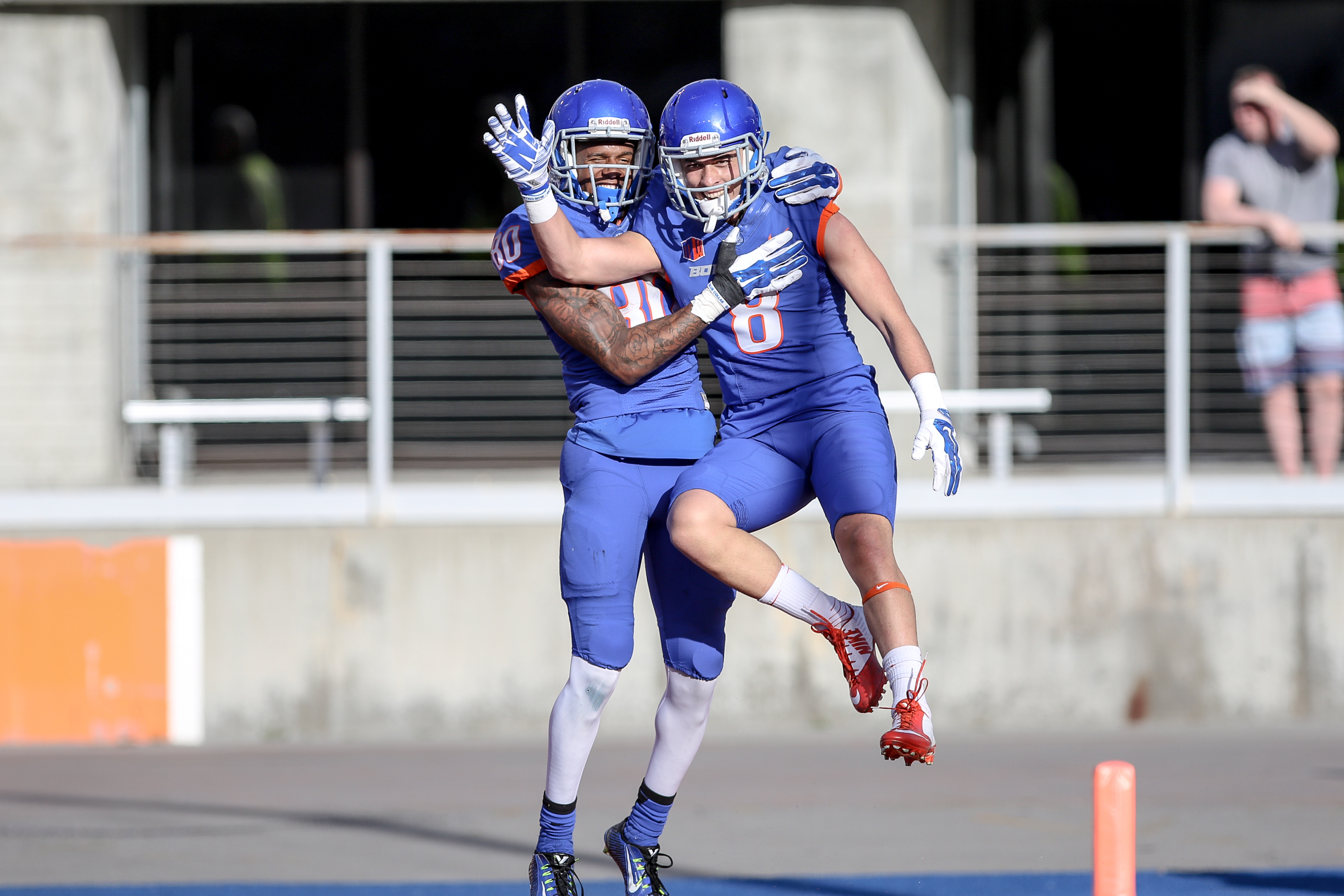 We all know the drill when it comes to college football. Whether we’re using the BCS, the College Football Playoff, or any other system, it’s nearly impossible for anyone to get into the national title picture if they’re not ranked highly when the season begins.

It’s dumb and it’s silly but then again so is college football.

That said, it’s not out of the realm of possibility that a team not ranked in the AP or Coaches Top 25 polls could make an undefeated run and get into the discussion. What’s certain is that a handful of teams that no one expected to be there will eventually work their way up toward the top of the polls. Even if they finish 8-4 and ranked No. 20, it’ll be a finish that pundits certainly didn’t predict.

Picking Alabama, Clemson, Oklahoma, and Florida State to be there when the smoke clears is easy. Trying to figure out who are the dark horses that might make a magical run from the world of Others Receiving Votes to the top ten, well, that’s where it gets tricky. But let’s try anyway.

Utah is No. 26 in both the AP and Coaches Polls so we suppose this is a little bit of a cheat but, hey, they still qualify. While everyone else is assuming the Pac-12 South is going to be a battle for Los Angeles, the Utes are chilling out in 3rd place coming off of a 10-3 season with a Top 40 recruiting class in tow. They’ll bring a potent running game and stout defense into the season and the schedule works relatively in their favor. They get BYU, USC, UW, and Oregon all at home. If they can come out of the first four games at least 3-1, they’ve got a good shot at challenging for the division crown.

The Cougars do not make life easy for themselves as an independent. Their schedule is littered with tough games, including road contests against Utah, Michigan State, and Boise State. They also host UCLA, West Virginia, and Mississippi State. Interestingly, their schedule is very front-loaded with a latter-third with four winnable games. So, if the Cougars can grab some wins here and there along the way, they’ll be in prime position to finish strong and work their way high into the rankings. Sure they’ve got a new coach but they also have two proven quarterbacks. Maybe those things offset one another.

The Panthers are this year’s trendy pick to win the ACC Coastal and earn the right to be decimated by either FSU or Clemson in the ACC Championship Game. Pitt has a history of being a trendy pick only to crash and burn in the end, but there’s reason to think this might actually be their year. It’s Pat Narduzzi’s second season and the team returns most of its production as well. The Panthers will likely rely on a defense led by stud sophomore safety Jordan Whitehead but they also have a capable offense featuring cancer-conquering hero James Conner at RB. They’ve got a tough early road (Penn State, at Oklahoma State, at North Carolina) but if they come out of that stretch 3-1 or even 2-2 they’ll still have plenty of chances to make good on their hype.

Last year, Northwestern was lucky, finishing 10-3 but exceeded expectations. The question in 2016 is can they be legitimately good and break through the Big Ten ceiling? The good news for the Wildcats is that the schedule opens favorably and they should start 3-0. The bad news is that it gets a lot tougher in a hurry and they’re facing a three-game stretch (Nebraska, at Iowa, at MSU) that will probably make or break their season. If they can come out of that at 4-2, they’ve got a real shot at making a run. They’ll have to shore up some spotty quarterback play and horrendous special teams in the meantime.

Mike Riley’s first season with the Huskers was a disappointment at 6-7, but if there’s anywhere you can turn things around quickly, it’s Lincoln. The good news is that many of those losses were heartbreakingly-close, so this team easily could have gone 10-3 if a couple things broke right. What if they break right this year? It’ll take some improvement on the turnover margin and more improvement from quarterback Tommy Armstrong and his offense. The schedule looks really good (though they do host Oregon) so if the Huskers don’t beat themselves, it’s possible few opponents actually will.

Anytime Auburn finishes dead last in the SEC West, you better believe people will be expecting change and they’ll be expecting it real quick. Much of whether or not that happens could come down to who plays quarterback. A lot of folks have been calling for JuCo transfer (and Last Chance U star) John Franklin III but Sean White got the call for the season-opener. The Tigers also have a lot of great pieces at running back and on defense but we’ll have to wait and see if they all come together. The schedule does them few favors, opening with No. 2 Clemson and leading quickly into games against LSU and TAMU but Auburn doesn’t leave Jordan–Hare Stadium until early October, so it’s on them to make it count.

The thing about playing in the ACC Coastal Division is that you really only need a couple things to bounce your way and all of a sudden you’re in the hunt for the division crown. The Hurricanes begin the Mark Richt Era just looking for some stability as they follow up an 8-5 campaign. But this is no ordinary transitional squad. They’ve got one of the best quarterbacks in the conference in Brad Kaaya and a deep roster of playmakers at every offensive position. What they’ll have to hope for is an improved defense (86th in yards allowed last year). Then again, that’s what new DC Manny Diaz is there for. It’s not inconceivable that Miami starts 4-0 before their Sunshine State showdown with Florida State. The schedule toughens up from there but the Canes have the potential to surprise a few favorites.

Sure, Minnesota went 6-7 last season and only went bowling thanks to a lack of available teams. But the Gophers have a few things going for them in 2016 that could flip the script. Quarterback Mitch Leidner leads a talented offense full of returning starters. Perhaps more importantly, the scheduling gods have smiled on Minny this year. The non-conference schedule isn’t a bunch of cupcakes (Oregon State, Indiana State, Colorado State) but they get everyone at home. They also get Iowa at home, which could be the difference-maker when it comes time to crown the division champ.

Did you know USF went 8-5 last year? Probably not because they were overshadowed by Houston and Temple in the AAC. While all eyes are on Houston once again, the Bulls come into 2016 reloaded with a one-two punch of quarterback Quinton Flowers and running back Marlon Mack. They schedule includes tough tests against Florida State and Northern Illinois but they avoid a regular-season showdown with the Cougars and the rest of the schedule is very beatable. Don’t be too surprised if the Bulls challenge Houston for the conference crown.

For a while there, we all agreed that Boise was no longer going to sneak up on anyone anymore. They were a part of the establishment, not a party-crasher. However, two of their last three seasons have been good-but-not-great and they’ve receded from the preseason polls. Which makes this the perfect time for the Broncos to reestablish their place in the pecking order. The favorite to win the Mountain West’s Mountain Division and returning a slew of talented players such as quarterback Brett Rypien & running back Jeremy McNichols, BSU will go as far as their talent takes them. We’ll know where they stand following an early season home game against Washington State and road tilt at Oregon State. If they can emerge victorious, there isn’t much stopping them from another Fiesta Bowl-finishing season.