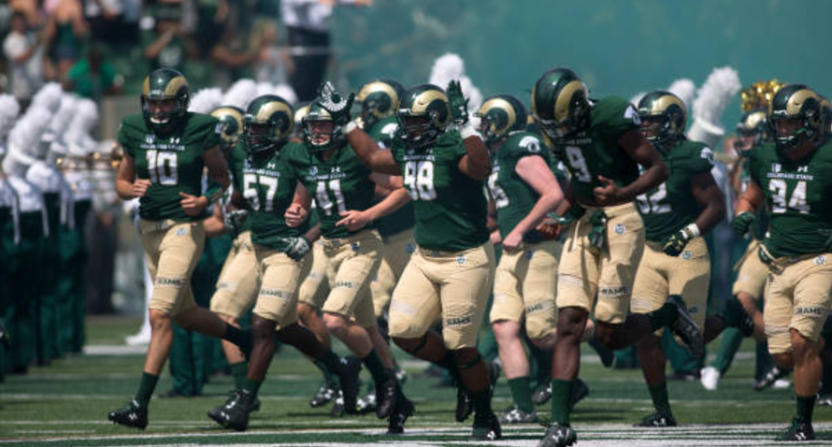 The Mountain West Conference has beaten the Pac-12 in head-to-head matchups just six times (in 24 tries) since the start of 2015. Since the start of 2012, the league’s current teams are 15-47 against its “bigger” western neighbor. One third of those MWC wins belong to perennial power Boise State.

But the next-highest total is Colorado State’s four, including Saturday’s 58-27 demolition of Oregon State. The Rams were projected to be good this year — SB Nation’s Bill Connelly had them at No. 43 overall in his S&P+ ratings — but the season opener was still an impressive effort for any team against an FBS opponent. It was especially impressive for a MWC team beating a Pac-12 squad. The 31-point margin was the second-largest win by a Mountain West team in the inter-conference series since 2012. Fresno State’s 69-14 beating of a 1-11 Colorado team was the only one to best it.

This Oregon State squad isn’t likely to be as bad as Colorado was. Not by a long shot.

Is this the resurgence of the Mountain West? Or just the rise of Colorado State?

But since then, the 12-team conference has sort of eaten itself alive, failing to really elevate an elite program. Boise finished 18th in 2012, and finished 16th in 2014. Fresno State appeared to be cruising toward a major bowl in 2013 until San Jose State halted its hot start at 10-0. San Diego State’s risen up in recent seasons, but the cap on that success was a No. 25 finish.

No league can lose its top three programs (even with the addition of the Broncos) and expect to succeed at the same level it had before. But there’s hope yet that the Mountain West gets back to those previous heights. Boise State has the highest profile, and SDSU appears to be the most consistent of late. But it might be Colorado State that helps the Mountain West reassert itself nationally.

For the Rams, this is the natural progression started under (current Florida coach) Jim McElwain when he took the reins in 2012. Colorado State went 4-8 in year one, then won eight games and 10 games before he left for the Gators. CSU won seven games each of the past two years, and then opened a gorgeous new on-campus stadium in 2017 to coincide with what might be the school’s best team since at least 2002 — if not the 2000 team that finished in the top 15.

Similar to the current run under McElwain and current coach Mike Bobo, Colorado State’s success from the 1990s to the 2000s started with a slow burst under Sonny Lubick, including eight top-two conference finishes in his first 10 years. The nine-year drought hit soon after, though, and that’s what the Rams are trying to avoid this time around. Hence the investment in the stadium, and athletics overall. As Colorado State University chancellor Tony Frank told the Coloradoan in early August:

“What we get back as an institution from intercollegiate athletics in so many ways — the access opportunities provided to students who probably couldn’t access higher education in other ways, the brand positioning, the marketing, all the various pieces everyone wants to argue — I think it’s an exceptional return on investment.”

If he’s right — and early returns show the extra time and money on athletics is making some financial difference — this could be the start of a new era of success for the Rams. That starts with the Mountain West, but could extend beyond the conference.

Going into the season, Colorado State was projected to have one of the top offensive attacks in the country. They certainly lived up to that in game one, passing for 334 yards and running for another 191. Wide receiver Michael Gallup already looks like an early contender to be one of the nation’s top pass-catchers. Quarterback Nick Stevens looks far more poised than he has in either of his previous full seasons (2016 and 2015).

Unlike most “Group of Five” teams, the Rams will also get multiple showcase opportunities this year, further helping their case for a potential rise in the polls and the national consciousness. CSU faces cross-state rival (and last year’s Pac-12 runner-up) Colorado this weekend, visit Alabama in mid-September, and also match up with the full slate of challenging Mountain West Mountain division schools as well. They’re on the road vs. New Mexico and Wyoming, and host Boise State and Air Force.

If there’s a Group of Five team that could get itself into a top-four playoff conversation, it’s probably this one. Assuming a respectable enough showing against the Crimson Tide, a 12-1 Rams team would still need some help. But if the Mountain’s as good as it has been (and Oregon State proves it’s not terrible), there’s a slight chance Colorado State is at least a consideration.

That’s something. And much more than any MWC team can really say since Utah, BYU and TCU all departed.