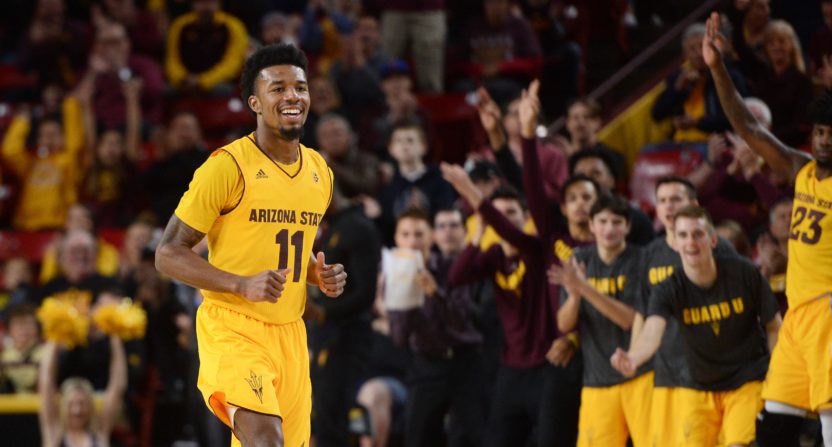 It’s kinda, sorta time where bracketology starts to hold some water in college basketball. We’re seven weeks into the season, and non-conference play is almost complete. While some leagues have already waded into league competition, nearly everyone will have played their conference opener by the weekend’s conclusion.

With non-conference resumes pretty much set, here’s a look at how the bracket shapes up. The bracket holds 32 automatic bids for conference champions (noted with italics), and the remaining 36 are at-large selections. Teams are evaluated by how they have performed to this point in the season without projecting how they will perform the rest of the year. Conference champions have been selected using KenPom projections.

Here’s the full field of 68 through results of Dec. 26 with analysis on the bracket and the bubble below.

**If you’re looking for the deepest conference in college basketball, the Big 12 is your obvious answer. Currently, eight teams are in the field, with six seeded as a No. 8 or better. Every Big 12 team is in the mix for a bid with Oklahoma State and Kansas State not too far out.

**The Big Ten and the Pac-12 are extremely weak this year, which has opened up some room for smaller conferences. The American has four teams in with Temple and Houston also in the mix, while the Mountain West and the Atlantic 10 each have two. Unfortunately, the “true” mid-major leagues haven’t produced many contenders to snatch up those at-large spots as it’s hard for the little guys to get a fair shot. New Mexico State (WAC), Northern Iowa (MVC) and Middle Tennessee (C-USA) will have a shot, but each will have to dominate its respective league.

**Last year, we saw four programs make the NCAA Tournament for the first time. We have two in today’s bracket who have never gone dancing: Lipscomb (12 seed, South) and South Dakota (14 seed, South).