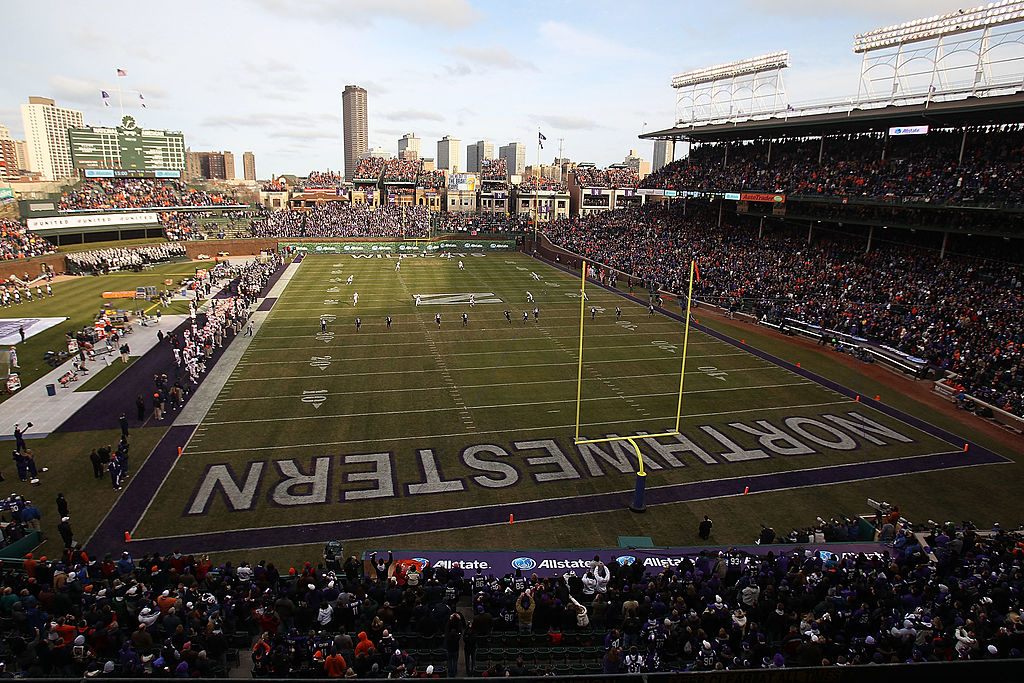 College football being played in a baseball stadium is not at all uncommon, especially in the bowl season. Four college football bowl games are currently played in baseball stadiums in New York (Pinstripe Bowl), Miami (Miami Beach Bowl), Tampa (St. Petersburg Bowl), and Phoenix (Cactus Bowl), but the defending World Series champs would like to open the door for a fifth bowl game in a baseball-only stadium.

The Chicago Cubs are kicking the tires on the idea as they move forward with other plans to host college football games inside the friendly confines. Northwestern will play multiple games in Wrigley Field starting in 2020, as they have once before (with hilarious results) against Illinois in 2010, but the Cubs want to bring more college football to Wrigley. What better way to do that than by organizing your own bowl game, just as the New York Yankees have done with the Pinstripe Bowl?

As reported by the Chicago Tribune, the plan the Cubs have in mind has 2020 as a target date to allow for further renovations to and around Wrigley Field that will make the venue even more attractive for fans and provide more amenities. It also allows for time to figure out how best to fit a football field inside the field of play that will actually allow for two end zones to be used, as opposed to having teams each move on offense in the same direction and share a sideline.

Of course, the Cubs also need to line up partner conferences that would be interested in playing a postseason bowl game in Wrigley Field. As it just so happens, the Cubs could have an interested partner in the Big Ten, which is headquartered in Chicago, holds its media day events in the summer in Chicago, and has two members who like to lay claim (however specious those claims may be) to Chicago.

The Big Ten makes perfect sense for Wrigley Field, and would pair well with the existing bowl deal with the Pinstripe Bowl. One bowl in an iconic National League stadium and another in a grand palace (that shares a name, a tenant, and little else with the Yankee Stadium of old) in the American League? It doesn’t get much B1Ger than that.

The NCAA would have to certify a new bowl game to be played in Wrigley Field, which would likely be all but a formality given some of the other bowl games to be certified by the NCAA over the years. And given the fact that some bowl games are losing money and could close up shop, we could end up with not necessarily more bowl games, just bowl games in different locations.