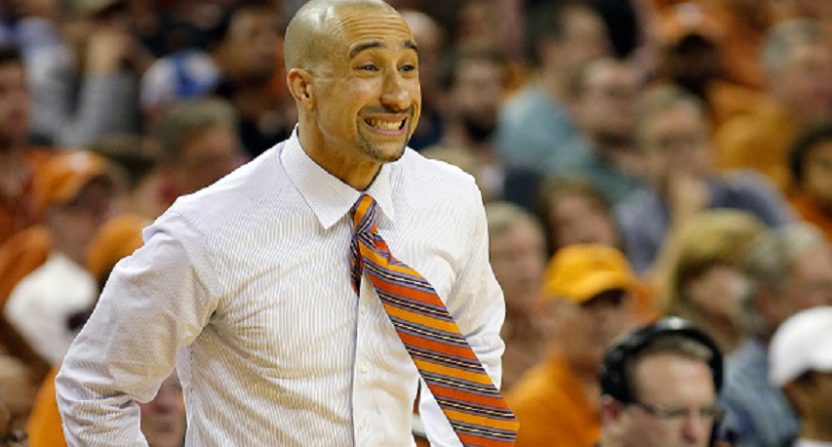 Virginia Commonwealth sits tied for first place in the Atlantic 10 conference once again. At 11-2 in league play and 21-5 overall, the Rams appear to be on the verge of locking up yet another NCAA Tournament bid. They’ve made it to March Madness every year since 2011, when they danced all the way to a surprising Final Four berth.

The coach during that Final Four run, Shaka Smart, gets a lot of the credit for pushing mid-major VCU to heights unseen. But the years before his arrival and after his departure may tell a different story now.

VCU has bounced around conferences quite a bit since moving to Division I basketball in 1973. Along with an early stint as an independent, the Rams have played in the Sun Belt, the Metro Conference, the CAA and recently, the A-10. The stops may look different, but the program has not. They’ve won 870 games and nine conference tournament championships (in three different leagues) in a pretty short amount of time.

When Smart arrived in 2009-10, Anthony Grant had just departed to Alabama. Grant led VCU to three seasons of 24 wins or more, plus two NCAA bids. Before Grant, Jeff Capel led the program for four years, winning at least 19 each year and earning one tourney bid. He left for Oklahoma, where he coached from 2006-11. He’s the likely successor to Coach K at Duke now.

Smart, to his credit, guided the Rams to a higher ceiling than either of his predecessors. In six years in Richmond, Va., he went 163-56. VCU won two conference tournaments and the 2010 CBI (despite a 27-9 record), moved up to the A-10 and of course, went from the First Four to the Final Four in 2011. The Rams spent time ranked among the top 10-15 teams in the nation in each of his last two years there, despite eventual early losses in the NCAA Tournament.

But in the nearly two years since then, the program and Smart have seemingly moved in opposite directions.

Under Will Wade, VCU is 46-17 and about to earn yet another tournament bid. Under Smart, the Texas Longhorns are 30-29. They’d need to win the Big 12 championship to get into the postseason this year given their 10-16 record.

Smart still has some time to fix things in Austin. But in two years’ time, it does appear that some of his strengths as head coach of VCU may have come from the job itself.

Despite VCU’s advantageous location in Richmond, they’ve rarely been ones to lock down the surrounding area’s top talent. The Richmond-Norfolk-Hampton-Newport News area produces a sizeable number of blue-chippers each year. The famed Oak Hill Academy, which regularly churns out top college and pro talent, is right in Norfolk.

But the lack of incoming local talent hasn’t stopped the Rams from pulling in better-than-expected classes from Florida, Maryland, Pennsylvania and elsewhere. The 2016 and 2017 recruiting classes are both ranked among the nation’s 45 best, and they included one total player from VA (four-star small forward De’Riante Jenkins).

The athletic department itself has improved its brand nationally, signing a $200,000 annual sponsorship deal with Learfield Sports back in 2015. On a local level, the team has sold out 97 straight games at the Siegel Center (capacity: 7,693). The Rams are the local pro team in an area that doesn’t have one any closer than Washington D.C. – while the greater Richmond area itself is a top-50 market with over 1.2 million residents.

VCU has fans, resources (including a $25 million practice facility), name recognition and success that arrived long before Smart and appear to be getting along fine without him and the specific brand of “havoc” he instilled.

For Smart, “havoc” and the full-court press mentality that came with it has been a struggle outside of Richmond. Texas ranks 204th in opponent turnover percentage per KenPom.com, does not play with tempo (159th) and fails to make threes at a rate commensurate with the style of play Smart requires (UT’s 337th in three-point percentage).

For comparison’s sake, the Rams are 24th in opponent turnover percentage, though the other “havoc” figures have fallen off a bit since Smart’s departure.

Texas is getting better defensively, even without the turnovers (23rd overall in terms of efficiency), but you can see the struggles for Smart and his staff as they compare to what he had at VCU – and what VCU’s been able to do without him.

More often than not, budgets do win out eventually in these situations. The Longhorns and their astronomical appetite for athletic spending have the money to back whatever Smart needs to make this work. But there are still no guarantees, even with those kinds of resources. That’s why Texas was in the market for a coach in the first place. It hasn’t always worked just because of the money.

In the meantime, the Rams and their miniscule (by comparison) funds will continue to find success in Richmond under Wade or whoever takes over next once Wade’s success brings other suitors. At this point, Virginia Commonwealth has established a culture of winning that’s not going away. Whether it’s Capel, Grant, Smart, Wade or another name on the sidelines, the program’s identity (and success) seems like one of college basketball’s few certainties.

4 thoughts on “Did Shaka Smart make VCU so good, or did the job make the coach?”