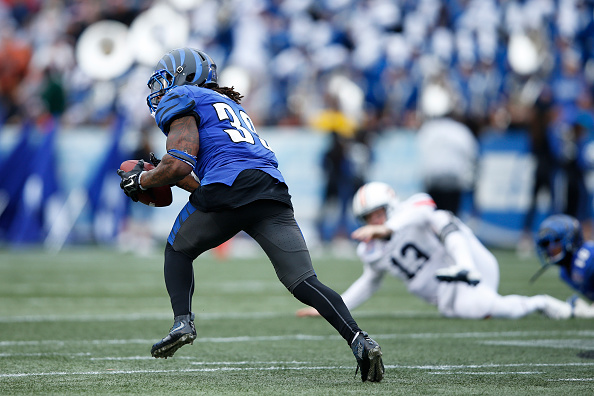 On Wednesday, we highlighted a bizarre moment following the Birmingham Bowl in which Memphis safety Reggis Ball tackled an Auburn manager, stole a game ball and ran off to the locker room with the stolen football, only to be removed from the program for his actions. As Andrew Bucholtz capped off the story, “we may not have heard the last of StolenBallGate yet.” How prophetic.

Ball took to his Instagram account to share a filtered photo of the stolen game ball, complete with his John Hancock underneath the Auburn logo. The post has the self-promotional hashtag #RANOFFONDAPLUGTWICE and the comment “[Temple linebacker Tyler Matakevich] told me to catch up. So I caught up.” It seems there is a backstory to this one.

[Editor’s note: The photo has since been taken down, but screen caps have been posted elsewhere online.] 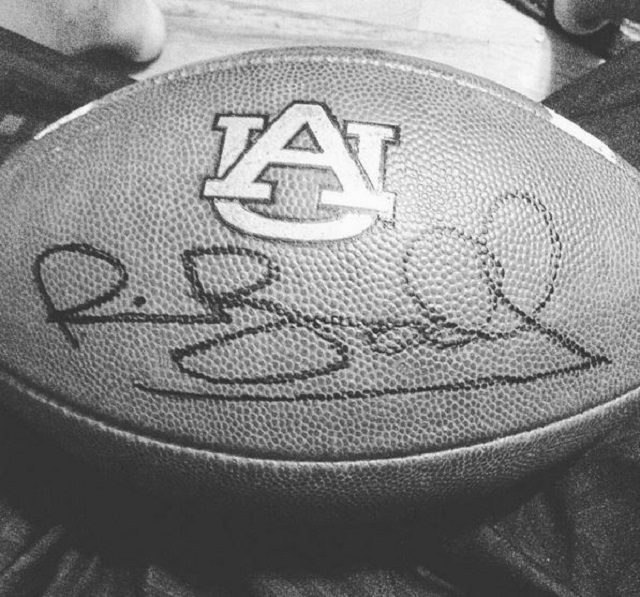 As you might suspect, Ball has taken some heat in the oh-so-glorious comment sections of Auburn forums, blogs and more, in addition to his own Instagram account. Two follow-up Instagram posts have responded to the haters coming after him as well, basically shoving the hate aside while he is having fun in his own little world.

Ball played his final game with the Memphis program in Wednesday’s Birmingham Bowl regardless of the game outcome, since he was moving on as a senior. By removing him from the program though, Memphis essentially prohibits Ball from taking part in any pro day event as he looks to show what he can do in front of NFL scouts. But hey, at least he got that football from the Auburn sideline.