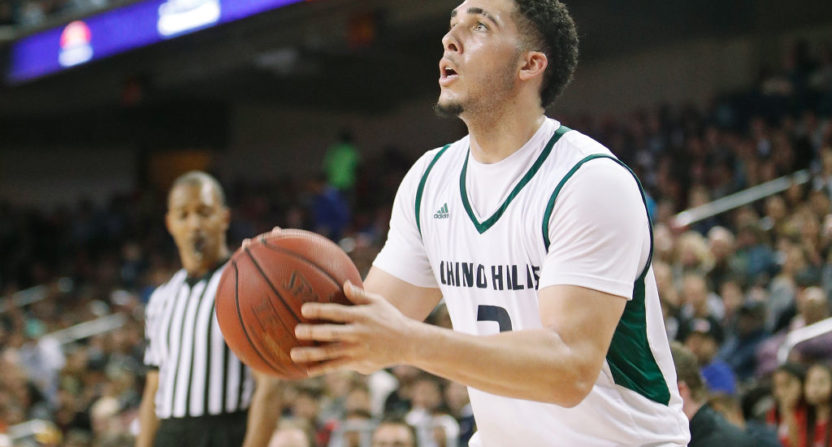 UCLA basketball players visiting China got into a bit of a legal issue while visiting the country, and now President Donald Trump is stepping in with the hope of coming to a resolution to free the Bruins from being prevented from coming home.

UCLA freshmen LiAngelo Ball, Cody Riley, and Jalen Hill were arrested after being accused of stealing sunglasses from a Louis Vuitton store next to the team’s hotel in Hangzhou. UCLA was in China for a basketball tournament and the players did not play in the Bruins’ victory over Georgia Tech after authorities made the arrests. Theft of this nature is taken much more harshly in China than it is in the United States, and these players are finding that out the hard way.

The players remained in China after not being allowed to leave the country, awaiting their ruling from the Chinese court system. While touring various stops in Asia, Trump met with China President, Xi Jinping, and he reportedly addressed the UCLA basketball players with his Chinese counterpart. The Washington Post reports Xi “promised to look into the case and ensure the players would be treated fairly and expeditiously.”

That may have led to some legal help too. According to the report, the charges against the players has already been reduced and the case could come to a close in short order.

Let’s hope this all does come to a close soon enough, otherwise we may end up having to let LaVar Ball try his hand at reaching an agreement with China.