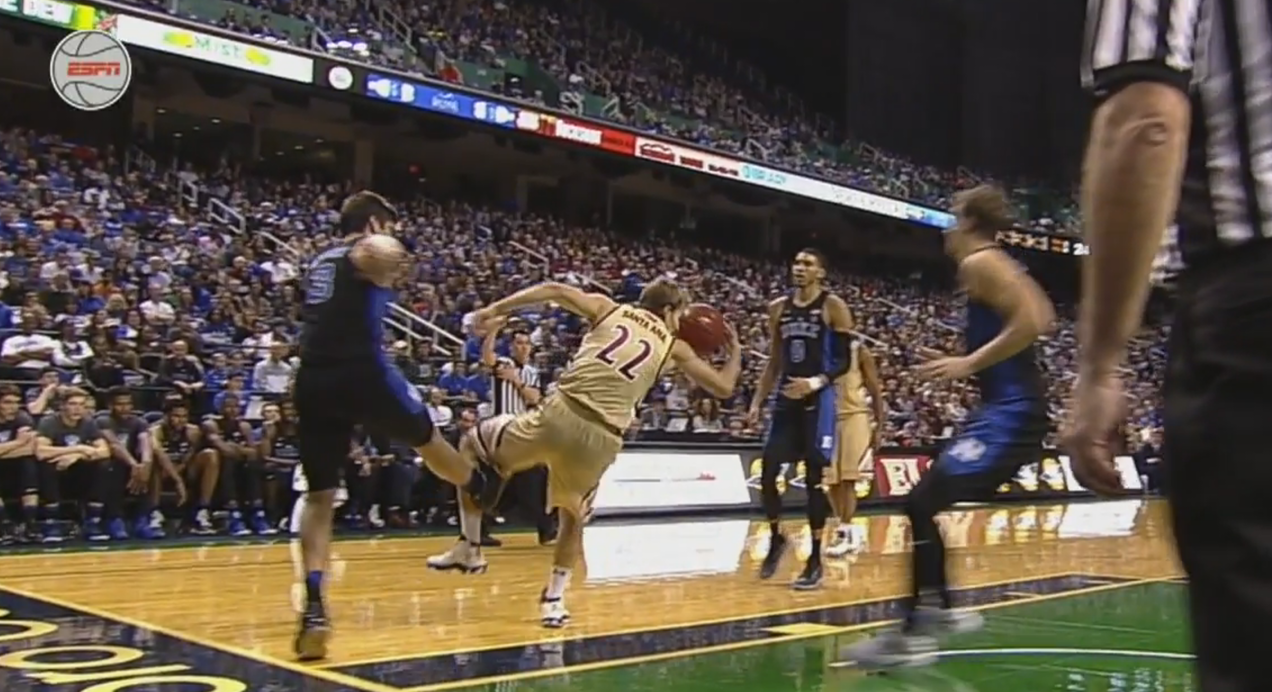 Duke head coach Mike Krzyzewski was in a situation where he had to send a message. Here’s hoping it was a loud one received by Grayson Allen.

Allen, who was suspended last month for repeatedly tripping opponents, was inserted right back into the starting lineup for the Blue Devils Wednesday night against Georgia Tech after missing only one-game ban.

Was this really that much of a shocker? Coach K went back–and–forth on how to handle Allen’s antics on the court until he finally gave in and suspended Allen “indefinitely.” The coach was clearly never that keen to suspend his star guard in the first place. This was not a suspension that was ever likely to last for an extended period of time.

But the timing of the return to the court, right after the Blue Devils lost by 14 to Virginia Tech, leaves the door open for some criticism of Coach K, fair or not.

Alert the New Oxford American Dictionary; according to @DukeMBB, the definition of "indefinitely" is now "one game." #GraysonAllen #punk

If you're wondering why people dislike Duke, today's news perfectly explains it. #GraysonAllen

Ooh. Grayson Allen back in Duke's line-up after serving an indefinite suspension for tripping.

Grayson Allen's suspension was too short.

So Grayson Allen was suspended indefinitely… for one game? Got it.

I've never wanted anything in my life as badly as I want Grayson Allen to trip someone tonight.

Duke lost over the weekend against Virgina Tech in Blacksburg, and now, in the first game since, Allen is back. Is it a coincidence, or did Coach K see his team lose without Allen and rush to get him off his suspension to get him back to contributing? Or does Coach K want to get the whole thing out of the way before he goes on leave for back surgery?

So long as a message was delivered loud and clear to Allen that tripping opponents is unacceptable (and so long as it never happens again), this will all be water under the bridge soon enough. But if Allen gets caught tripping an opponent again, how Coach K responds then must be more stern, and one game will not cut it, win or lose.