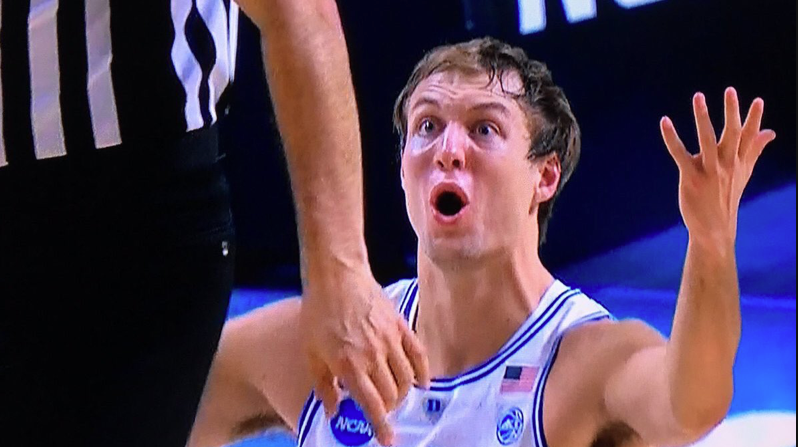 The Atlantic Coast Conference has long been a basketball powerhouse, and recent additions such as Syracuse, Pitt, Notre Dame (2013) and Louisville (2014) seemed to only have solidified that reputation. The conference placed two teams in the Sweet 16 in 2012 (and Louisville and Syracuse also reached that far that year), two in 2013 (Louisville made it that far that year as well), one in 2014, five in 2015 and a record six in 2016. Following Duke’s 88-81 loss to South Carolina Sunday night, though, only one ACC team (North Carolina) will be in the Sweet 16 this year.

That’s a radical departure from the last two seasons. It’s also one that will lead to a big financial hit for the conference relative to last year (as per-conference payouts change depending on how far teams advance):

If Duke loses, ACC will make at best $14.4 million less than last season from the tournament — and that's if UNC plays for the title.

While UNC is the only ACC team to make it to the regional semifinals, even they haven’t had an easy run. The top-seeded Tar Heels dominated Texas Southern 103-64 in the first round, but they ran into some trouble with eighth-seeded Arkansas Sunday. They led by 17 early on, but were down 65-60 with three and a half minutes left before a late comeback gave them a 72-65 win over the Razorbacks. If not for that, the ACC’s resume could look much worse right now.

How does one team in the Sweet 16 stack up against other conferences? Well, it’s not great compared to the rest of the Power Five. The SEC has three (Kentucky, Florida, and South Carolina), the Big Ten has three (Purdue, Wisconsin, and Michigan), the Pac-12 has three (Oregon, Arizona and UCLA) and the Big 12 has three (Kansas, Baylor and West Virginia).

What about non-Power Five schools? Even the Big East, which the ACC took Syracuse, Pitt and Louisville from, has two (Butler and Xavier). One team puts the ACC on par with the West Coast Conference (Gonzaga). Sure, that’s ahead of the other small conferences that didn’t send a team to the Sweet 16, but it’s not a place where the ACC would like to be.

It’s not just the ACC schools having down seasons overall, either, as many underwhelmed relative to their seed in the tournament. Wake Forest didn’t even make it into the tournament proper, losing 95-88 to Kansas State in the First Four, while sixth-seeded Maryland was knocked off 76-65 by 11th-seeded Xavier in the first round and eighth-seeded Miami also fell in that round to ninth-seeded Michigan State, 78-58.

Fifth-seeded Virginia won its first game, but got crushed 65-39 by fourth-seeded Florida in the second round, while second-seeded Louisville was upset 73-69 by Michigan, second-seeded Duke had the aforementioned 88-81 loss to South Carolina, and third-seeded Florida State was stomped 91-66 by that same 11th-seeded Xavier team. Fifth-seeded Notre Dame also lost 83-71 to fourth-seeded West Virginia. Add it up, and it’s not a great look for the conference.

Of course, one tournament is a small sample size, and the ACC only had one Sweet 16 team in 2014 as well. That didn’t stop them from bouncing back with five the next years (which also saw a Duke national championship) and a tournament-record six the following year (which also had a North Carolina national final appearance and a Syracuse Final Four appearance), so we can’t conclude that the conference is in real trouble. However, the financial implications for the conference are significant, and there’s perhaps a loss of profile when your teams don’t do as well too.

The ACC does have a national football championship to brag about currently, but basketball matters too, especially for many of the schools the conference currently has. With all the talk out there about how the Big Ten and SEC are surpassing the rest of the Power Five economically, the ACC would have loved to have a strong NCAA tournament showing.

That didn’t happen, though, and the best they can hope for now is a North Carolina run. While that’s still very possible, as is a championship, the conference as a whole certainly underwhelmed this year, relative to both its own standards and the rest of the Power Five.