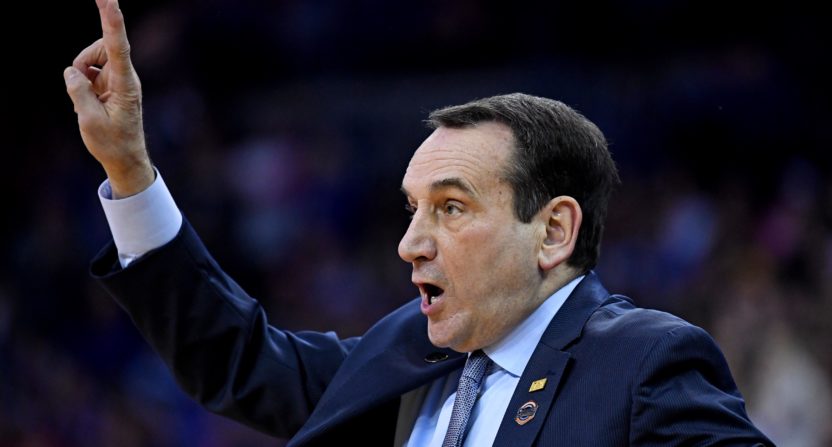 Duke opens as the (way-too-early) consensus favorite to win the 2018-19 NCAA Tournament. The WestGate SuperBook gives the Blue Devils 5-1 odds to win the national title, while Villanova, Kansas, and Kentucky follow at 8-1.

It’s certainly no surprise that Mike Krzyzewski’s Duke team is the (way-too-early) favorite, even with all of the stars they will likely lose to the NBA Draft. Marvin Bagley III, Wendell Carter,  Trevon Duval, and Gary Trent Jr. are all expected to enter the draft, while senior Grayson Allen is for sure gone.

But their recruiting class is special, featuring the top-three recruits according to ESPN, in forwards R.J.  Barrett, Zion Williamson, and Cam Reddish. And they have another top-10 recruit in Tre Jones, the top-rated point guard in this year’s class according to ESPN.

Duke could probably win 15 games in the NBA next season. pic.twitter.com/0lJ74n0rT6

However, Villanova should absolutely be loaded again themselves. Junior star Mikal Bridges is likely off to the NBA, but Jalen Brunson, Omari Spellman, Eric Paschall, and Donte DiVincenzo are all possibilities to return. Even if just a couple of those players return, to go with a recruiting class ranked 11th in the country according to 247 Sports, you know Jay Wright will have this being a tremendous squad again with a good chance to repeat as national champions.