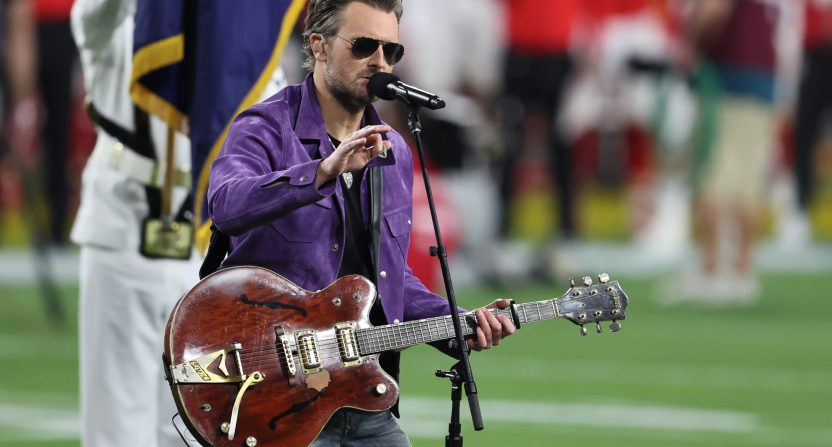 Eric Church is one of the top Country music stars and he is a massive North Carolina Tar Heels fan. The Tar Heels making the Final Four isn’t exactly new but playing Duke in the NCAA Tournament sure is.

Add the fact that this could the game that ends Mike Krzyzewski’s coaching career, it’s potentially a once-in-a-lifetime experience for any Carolina fan. Problem was, Church already has a concert scheduled in San Antonio, Texas Saturday night. Faced with a dilemma, Church decided to cancel the show in order to go to the game.

In a statement sent to ticket holders via Ticketmaster, Church said the following.

This Saturday, my family and I are going to stand together to cheer on the Tar Heels as the team has made it to the Final Four.

As a lifelong Carolina basketball fan, I’ve watched Carolina and Duke battle over the year but to have them matchup in the Final Four for the first time in history of the NCAA Tournament is any sports enthusiast’s dream.

This is also the most selfish thing I’ve ever asked the Choir to do: to give up your Saturday night plans with us so that I can have this moment with my family and sports community. However, it’s that same type of passion felt by the people who fill the seats at our concerts that makes us want to be part of a crowd at a game of this significance.

Woody Durham always said, ‘Go where you go and do what you do,’ thanks for letting me go here and be with the Tar Heels.

Church was certainly transparent and admitted he’s being “selfish” and some will understand the dilemma but that might not be enough for some people. Especially those who were planning to go to the show. This isn’t a situation like bad weather or someone close being sick or dead that would be more understandable reasons to cancel a show. This is to go to a basketball game. An awesome basketball game, but a basketball game nonetheless. And while people will receive refunds, they might not be able to get their money back for other things (travel, hotel, etc.) they bought in order to get to the show.