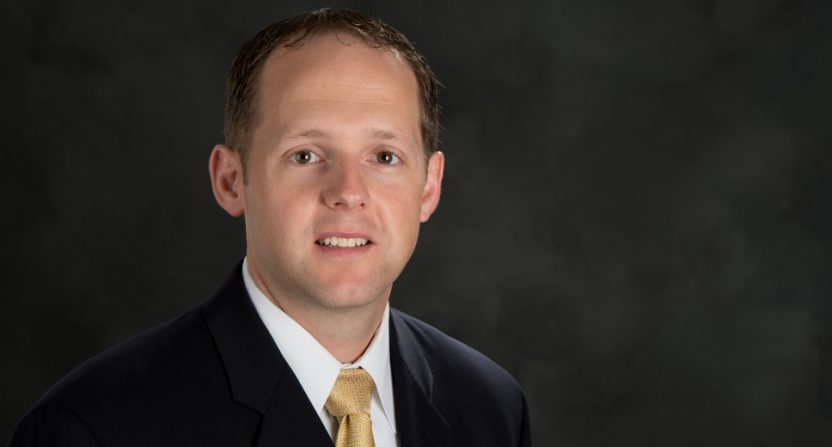 Last week, ESPN removed Mark Jones from calling any University of Washington games this season over a tweet he made about the Huskies’ loss to Auburn.

Washington Huskies took one one on the chin. Where’s Montana ?

That’s a reference to one of the non-conference opponents Washington played last season, and Jones and others on an ESPN broadcast of one of their games repeatedly criticized the Huskies’ schedule, even going so far as to have sideline reporter Quint Kessenich lay down cupcakes during a hit. That led to a whole uproar, and Jones brought back some of that uproar last week with that tweet. The Pac-12 and the University of Washington were not happy over the tweet, so much that the conference expressed its displeasure in a statement.

“We are aware of the inappropriate comments in this tweet and have addressed it with ESPN.”

Well, thanks to a Freedom of Information request from the San Jose Mercury News, we now know that at least one ESPN executive was also unhappy over the tweet, calling it “childish” and “unacceptable” in an e-mail to the UW AD and assuring the school that Jones would not be “assigned to any further Washington games.”

Jon Wilner of the Mercury News obtained an e-mail from ESPN’s Nick Dawson (seen above) , vice president for programming and acquisitions, to University of Washington athletic director Jen Cohen. Dawson’s email states that Pac-12 deputy commissioner Jamie Zaninovich made him aware of the tweet, and it goes as follows:

”Childish behavior that is unacceptable. Shared with (ESPN vice president of college sports) Lee Fitting and he is handling directly with Mark. We will also ensure Mark is not assigned to any further Washington games. Frustrating and disappointing to us on many levels. Especially given the positive interactions our ABC crew had with the staff and program this past week (a great example of how the partnership can/should work on both sides).”

The e-mail perhaps shows how far ESPN will go to satisfy a broadcast partner. Of course, there is some important backstory here, as Jones’ tweet was part of a series of incidents over the last year between the Worldwide Leader and Washington/the Pac-12, which extended to complaints over the scheduling of late night games (notably from Huskies’ head coach Chris Petersen), Petersen not speaking to broadcasters ahead of games, and the aforementioned cupcake incident. And ESPN and the Pac-12 have to make nice on some level, as they’re are in the midst of a 12-year, $3 billion contract (which is split between ESPN and Fox). So this latest e-mail from ESPN is part of an effort to improve a relationship that has been rather rocky.

But the e-mail also raises some questions about what ESPN talent can say about sports. Are executives going to step in every time an announcer or a writer cracks a Twitter joke about a team or a league the company have rights to? Are they going to hand down the same punishment if a college football analyst questions the Huskies’ scheduling on College Football Live or on The Paul Finebaum Show? In Jones’ case, at least, this will lead to him calling games from other conferences this season.