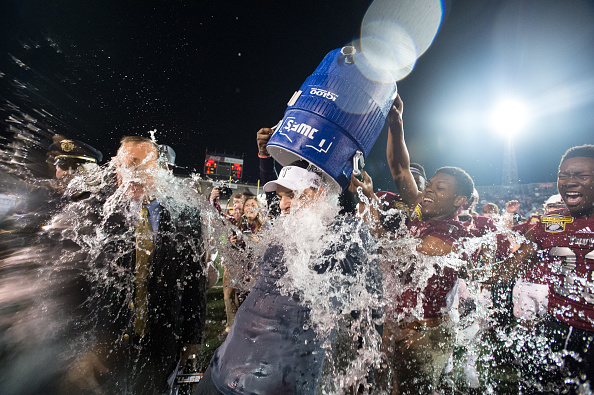 Coaching changes are an intrinsic part of the college football landscape each year. Between 2016 and 2017, 23 teams changed head coaches. And during the wild offseason between 2015 and 2016, 28 coaching gigs switched hands.

That type of turnover could also mean the carousel slows down at least a little this year, however, as there just aren’t as many jobs that could be up for grabs.

Still, power conference programs are always looking. And with Ole Miss, Texas A&M, UCLA, Arizona State, Arizona, Boston College and others likely to get antsy with their current coaches, there is bound to be room for upward movement.

Before the 2017 season even gets underway, which coaches are poised to take on those potentially vacant roles? We’ll keep the list to current head coaches that are likely to see enough success this year to move onto greener pastures.

Brown and his Troy Trojans are not held to the same standard for success in the Sun Belt as other Group of Five programs, so the bar for him being “ready” to move up is lower — making it all the more likely he leaves after 2017. Without much keeping him at Troy beyond a familiarity with the program (he was an assistant there from 2006-09) before taking over in 2015, anything around eight wins or so would be enough to cash in this offseason.

Brown is from Kentucky, but went to UMass, so there’s no clear connection unless the Wildcats’ gig happens to open up. He also has some experience at Texas Tech (offensive coordinator/quarterbacks coach from 2010-12), which could mean his name’s called should Kliff Kingsbury get the boot. 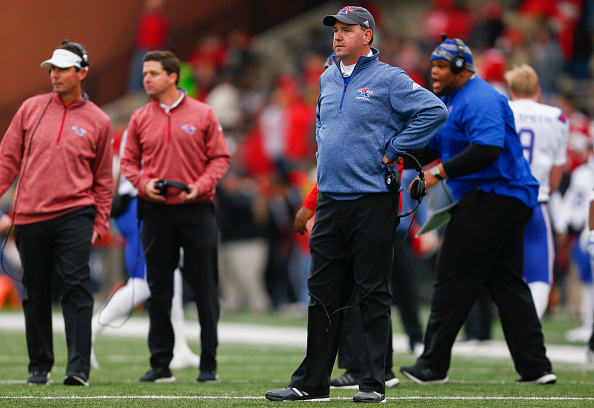 After a rough year one in Conference USA, the Bulldogs are 27-14 under Holtz with three bowl wins. The program’s an annual contender for the C-USA championship, and will be once again in 2017. Though Ruston, Louisiana is not a talent hotbed, the state of Louisiana is — and it can also pull talent from nearby Texas and Oklahoma.

Holtz has installed an up-tempo attack that mimics the Air Raid being run all over Texas. There are plenty of schools anxious to have something like that for themselves (and have more resources for Holtz to do it with).

SMU just wrapped up a miserable 1-11 season when Morris arrived after a successful run as Clemson’s offensive coordinator. But the Texas native quickly built up the Mustangs in the tough AAC West division, and they could challenge for a bowl game again this fall.

Morris has always looked like someone headed for a bigger job in Texas, and his brief stint with SMU has shown he’s a capable head coach. All he needs is a bowl trip and he’s off to whichever of Texas A&M (his alma mater) or Texas Tech parts ways with its respective head coach.

Sure, maybe Strong just arrived in Tampa, but this roster and schedule seems tailor-made for an access bowl push. And Strong’s pedigree is still a known entity. Texas, while a struggle for him and the Longhorns, didn’t simply erase his reputation as an excellent defensive coach.

If the right job opens after a double-digit win season for the Bulls, Strong’s name will definitely come up. Considering how much senior talent is powering that USF offense this year, he might be more apt to take whatever’s offered from the Power Five ranks.

Frost inherited an 0-12 team, but one that was likely better than that record indicated. Still, getting to the postseason in year one was an accomplishment. And if the first-time head coach can go from zero to six to say, eight wins in a two-year stretch, that could be enough to pry him away.

Conceivably, he could go anywhere, but there’s really only one landing spot for Frost: Nebraska, where he used to play quarterback. That largely depends on how long Mike Riley stays, though ending this season at or below .500 could be enough for the Huskers to bring Frost “home.”