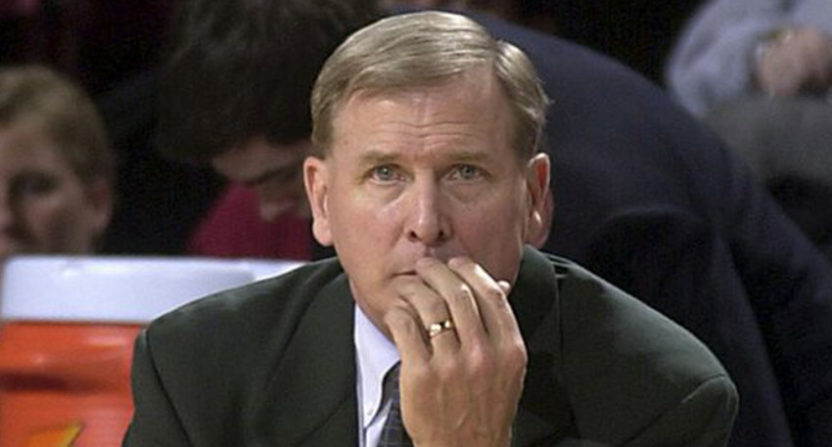 Former Baylor Bears’ men’s basketball head coach Dave Bliss was a key figure in the 2003 scandal around the murder of player Patrick Dennehy by teammate Carlton Dotson, which led to NCAA investigations, Bliss wrongly saying Dennehy was a drug dealer (to account for under-the-table payments to him), and Bliss’ eventual resignation and 10-year show-cause order (for both paying players and lying to investigators). Now, Bliss is in the news again.

Following his resignation at Baylor, Bliss wound up coaching in high schools and the Continental Basketball Association, and was most recently the head coach at NAIA school Southwestern Christian University from 2015 to this April, resigning after his appearance in a Showtime documentary on the Baylor scandal (where he again repeated the lie that Dennehy was dealing drugs) stirred controversy up again. Now, it looks like he’s found yet another coaching job, this time at Las Vegas’ Calvary Chapel Christian School. Here’s more on that from Jonathan Saxon and Damon Seiters of the Las Vegas Review-Journal:

“Yes we have,” said September Wilson, a coach and teacher at Calvary Chapel. “He is our athletic director. He has been brought in by our superintendent.”

She believes the experience and knowledge Bliss brings from his NCAA coaching days would be a great asset to the school’s athletic department. Wilson said she did her research on Bliss when she first heard about the hire and encourages others to do the same before rushing to judgment.

“There’s a great documentary he’s put out there on his testimony, and that is the one thing everybody needs to see right now. That he’s a man of Christ,” Wilson said.

Wilson also said she felt “absolutely” comfortable with Bliss working at the school and even had her own daughter attend his basketball camp.

“It was a great experience,” she said.

Well, that’s one thing to say. There are certainly going to be others upset with yet another school hiring Bliss, though, especially after he repeated his false claims about Dennehy in the Showtime documentary. Here’s what he said there, as relayed by Mike Wise of The Undefeated:

Yes, I’m sure that’s exactly the guy that you want coaching your high school team. And it’s notable that Bliss has continued to get jobs, while whistleblowing assistant Abar Rouse had to switch careers. (He now teaches general education in a Fort Worth prison.) We’ll see what the blowback against Bliss is like this time.