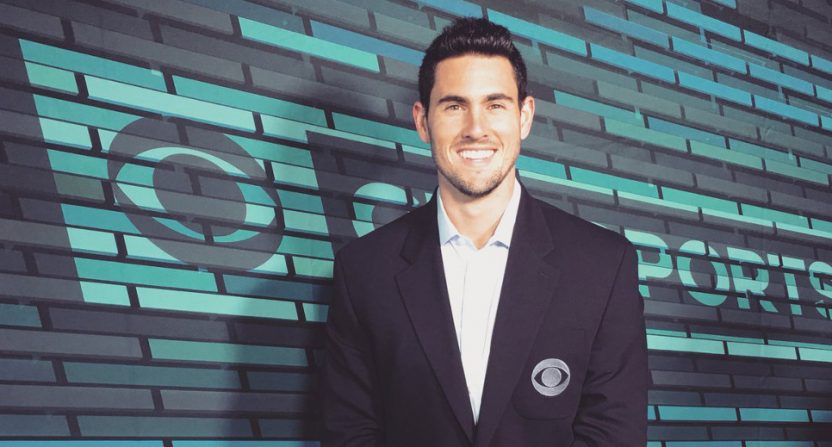 A media figure wondering aloud if a first-year coach has what it takes is fairly commonplace in today’s debate-heavy sports world.

A media figure who happened to play at an SEC rival wondering aloud if a first-year SEC coach has what it takes is a whole other message board ballgame.

Former Georgia Bulldogs quarterback and current CBS Sports analyst Aaron Murray made news last year when he became one of the youngest people to land a national TV analyst job (even if it is with CBSSN). He made different kinds of headlines Tuesday, especially in the state of Tennessee, with comments he made on Nashville’s 102.5 The Game about first-year Tennessee Volunteers coach Jeremy Pruitt.

I don’t think he’s the right guy to kind of be the CEO of a corporation. He’s really good managing just a defense and being a defensive coordinator. He needs to prove to me that he can handle the whole ship. For right now, I don’t think he can. We’ll see what happens this year. I don’t think it helps that he doesn’t have a lot of talent at Tennessee.”

Making things a bit more awkward is the fact that Murray and Pruitt almost overlapped at Georgia. Murray graduated right before Pruitt was hired by former UGA coach Mark Richt as a defensive coordinator. However, Murray seems to be holding a grudge on Richt’s behalf for the perception that Pruitt was a disrespectful assistant coach.

“When he was at Georgia, the way he acted, the way he treated Coach Richt I thought was poor. He wasn’t as respectful as I thought a defensive coordinator should be to a head coach. That’s my thing, with authority.

On paper, Murray is doing what he’s paid to do, have strong takes and opinions about college football. But it gets a little murky when you wonder if he’s simply using hearsay and personal feelings to justify what might happen on a football field. Ultimately Murray will be proven correct or incorrect, regardless of his reasons for feeling that way. Just don’t expect to see him get a warm welcome in Knoxville anytime soon.

Then again, most Georgia quarterbacks don’t get warm welcomes there anyway.