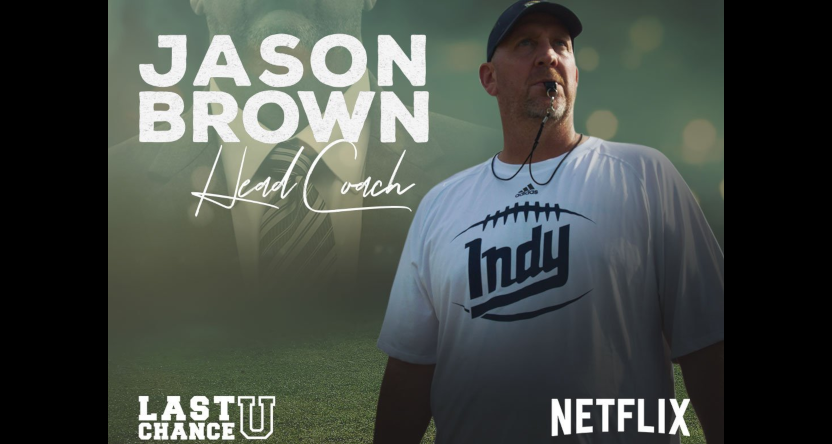 First, a quick catch-up. Brown came to the world’s attention in Season 3 of Last Chance U when the Netflix show switched gears to a new school. Brown was a crass and combative head coach who could also show a softer side for his players from time to time. That dichotomy was one of the things our own Ben Koo found challenging about the third season.

His was a style of motivation that always seemed bound to backfire given the kind of attention he received and the ever-heightening need to find new ways to get through to players. That certainly was the case in February when a fiery text exchange between him and a German-born player was made public. According to the player, Alexandros Alexiou, Brown had texted him to meet to discuss a disciplinary issue. When Alexiou pushed back about the discipline point system, Brown unloaded on him referring to the student-athlete as a “German (expletive that seems to include the F-word)” and then said, “I’m your Hitler now figure out your life.”

The incident caught fire quickly and led to Brown stepping away from the program. Brown said in his announcement that the situation “has greatly diminished my ability to successfully do my job, and has set this football program back significantly,” resulting in a “constructive discharge of my employment.”

To all my fans, supporters, both past and present players, and coaches, please read the following letter that I have posted and please respect my decision. Much love to you all, W.I.N. FOREVER! Once a Pirate always a Pirate! #DREAMU pic.twitter.com/M88TcQKvDQ

There wasn’t much more to it, it seemed, though the whole incident would surely form the centerpiece of the upcoming season of Last Chance U. However, with his reputation in tatters, Brown is back in the picture, releasing a three-page statement/open letter to the school’s board of trustees where he says it was Alexiou himself who started the “Hitler” nickname and that the German player was quick to make Nazi references. Brown expressed regret about using the term himself and for allowing the behavior to continue once it started. Here’s the statement he released: 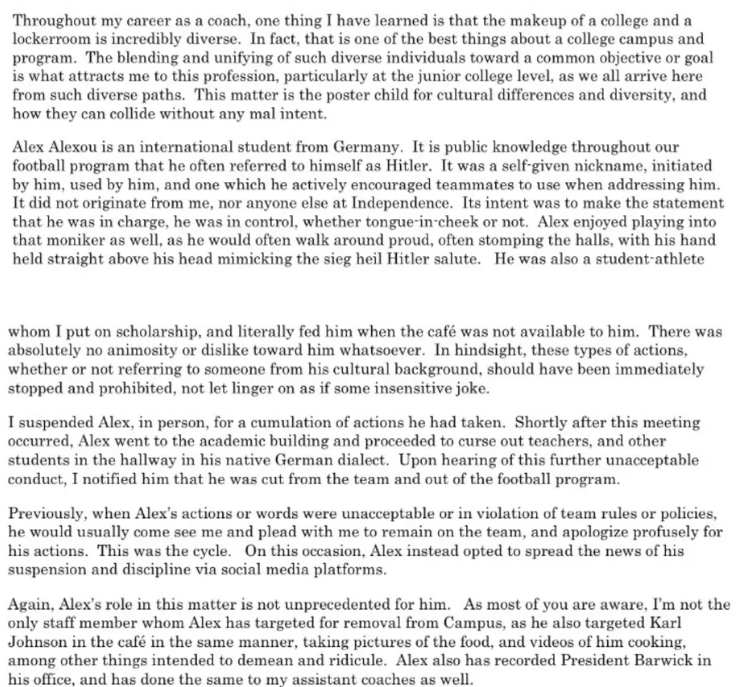 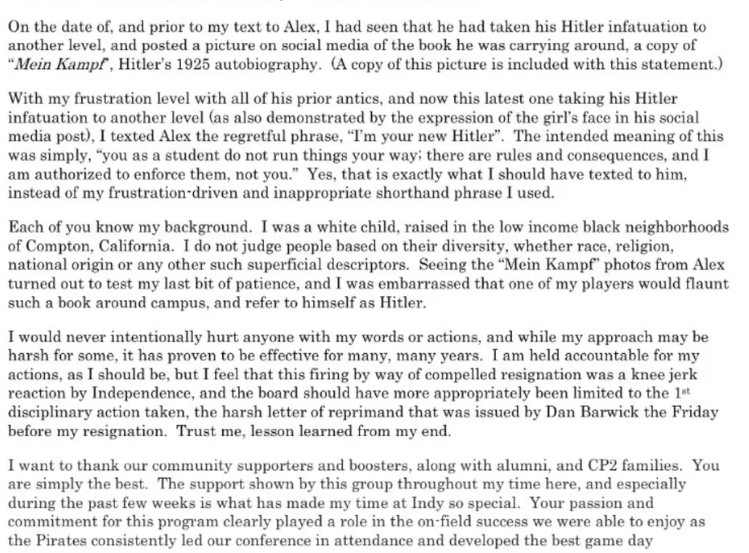 There are a few ways to read this kind of statement. You could say it a rambling diatribe by a media-hungry coach who thinks way too much of themselves. Or you could say this is a person at the end of the line trying to redeem their broken reputation the only way they know how. Perhaps it’s somewhere in between.

The LCU crew was at the house for possibly the last time and as usual it was a great night, Greg and the crew has been a pleasure to work with and be around for the last 2 years, life goes on, but memories last forever! Much love from #DREAMU to #LCU @gregonepotato pic.twitter.com/Fs4Sj0T4s3

We’ll surely hear more from Brown and his former players when Last Chance U returns to Netflix this summer. Until then, keep an eye out for the next turn in this wacky story.