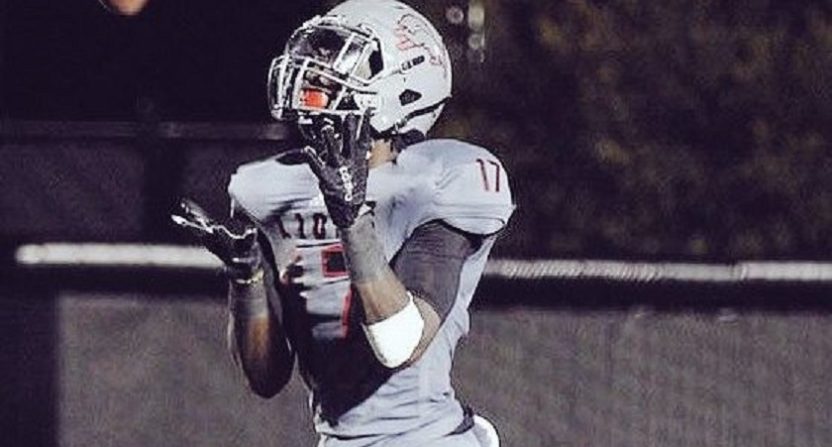 We’ve covered a lot of Last Chance U. stories in the past, and it’s obvious why; the Netflix drama struck a cord with plenty of people. It’s hard not to care about the players who were featured, which makes it that much harder when stories like this one break.

Two former East Mississippi Community College players, brothers Camion Patrick and Isaiah Wright, were facing murder charges in Tennessee. Patrick had transferred to Indiana but suffered an injury that ended his career there, while Wright had also transferred, to the University of West Georgia.

Via The Daily Times:

A Blount County judge has dismissed a homicide charge against a former University Tennessee football recruit in the stabbing death earlier this year of a Maryville man, but did find probable cause to send the same charge against three others in the case to a grand jury.

The charge was dismissed Tuesday evening following a preliminary hearing in the case. Charges against three others, including Patrick’s brother, Isaiah Wright, 20, will proceed to a grand jury to determine if indictments should follow.

The charges stem from a robbery committed by the other two men. Wright and Patrick weren’t at the scene of the crime, but apparently their link to the potential planning was enough to get them arrested, and Wright’s story has been inconsistent enough that he’s still behind bars:

Wright, who was interviewed by Alcoa Police in Harriman on Aug. 1, initially said he had no knowledge of what Hopewell and Green were planning. When the pair returned to the vehicle on foot, they “were sweating” and had at least $800 or $900 in cash, Wright said.

Green also had blood on his hands, and no longer had the knife he left with, Wright said in the interview, also shown at Tuesday’s hearing.

“Did they say where the knife went,” asked Alcoa Detective Jeff Parsons.

“Nuh uh,” Wright said. “I just know it wasn’t there when they got back.”

When asked further about his knowledge of the robbery, Wright said he knew Hopewell and Green’s plan was “just get the money.”

“I don’t know exactly whose idea it was,” Wright said.

Patrick, meanwhile, reportedly wants to finish his degree at Indiana. Via The Indianapolis Star:

At the time of his arrest, Patrick was suspended from IU, per university policy related to students charged with serious felonies. It’s unclear at present whether he will be allowed to re-enroll at Indiana.

(Attorney Kevin) Shepherd said Patrick is currently declining interviews, and that his primary focus is on putting the entire episode in the past.

“He really, truly seems to be just an upstanding young man,” Shepherd said. “I’m hopeful that he really can finish his education.”

Hopefully Patrick can finish his education, even if his football career is over.