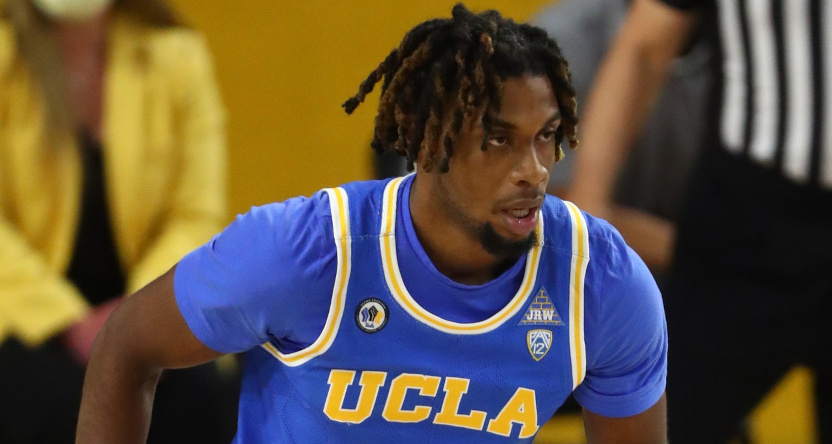 Hill’s father George posted a tribute to him on Instagram Tuesday night. As part of that post, he wrote “Jalen went missing while in Costa Rica and we have recently learned of his passing.” George Hill’s Instagram account is private, but Los Angeles Daily News reporter Tarek Fattal posted that tribute to Twitter:

“He lived on the same block as I did. I’d pick him up and take him to school every day with (teammate) Sedrick Barefield,” Giles said. “It would take 25 minutes to get to and from school every day, so we’d talk in the car, and it was never about basketball.”

“We’d talk politics, relationships, religion. He was a very curious, intelligent kid. I loved him. He was the best,” Giles added.

…No cause of death has been provided, but Giles confirmed the news after exchanging text messages with George Hill.

Hill’s UCLA career got off to a rocky start in 2017-18, as he was one of three Bruins‘ freshmen (along with LiAngelo Ball and Cody Riley) arrested for shoplifting in China on a preseason trip. That led to an entire international incident, the intervention of then-U.S. president Donald Trump, and the players’ eventual release and return to Los Angeles.

Hill wound up suspended for that entire season, as did Riley, while Ball left UCLA to play with Vytautas Prienai in Lithuania. But Hill stayed with the Bruins, and played well for them over the next three seasons, appearing in 77 games (with 40 starts) and averaging 6.5 points and 6.4 rebounds per game. He was initially part of the UCLA team that advanced to the Final Four in 2021, but he last played for them that January, leaving the team and citing battles with anxiety. He said then he planned to return, but in April 2021, he posted a video to Instagram saying he was retiring from basketball and discussing his struggles with anxiety.

It’s certainly sad to see Hill (seen above in a January 7, 2021 game) pass away so young. And the basketball world offered many tributes to him Tuesday night and Wednesday morning:

I Don’t Know where to Begin. When we 1st met when you were still wearing the goggles. To Becoming a great player & young man at UCLA. We traveled all over the world together. Magic, UCLA, USA.
I hope you know how much I Love You and it hurts that I can’t tell U 1 more time 💙🙏🏾 pic.twitter.com/D4bQ0qV61x

I'm a journalist, but I'm also human. I'm devastated. Jalen Hill was such a sweetheart. I'll always remember his smile, even in the worst of times. The last time we spoke, after he announced his retirement, he laughed as we hung up.

The news of Jalen Hill's passing is heartbreaking. Our thoughts and prayers are with his family at this time. Jalen was a warm-hearted young man with a great smile who has left us far too soon. pic.twitter.com/YK69T7r91B

Our program is deeply saddened to learn of the passing of former student-athlete Jalen Hill. We offer our most sincere condolences to his family and friends during this difficult time. pic.twitter.com/JOUrHjh9NU

I’m just so crushed hearing the news that Jalen Hill has passed away! Devastating! Had a tremendous smile and was always great to be around! I loved our conversations! My Deepest Condolences! RIP Jalen! pic.twitter.com/I799TNEcyn

Our thoughts go out to Hill’s friends and family.