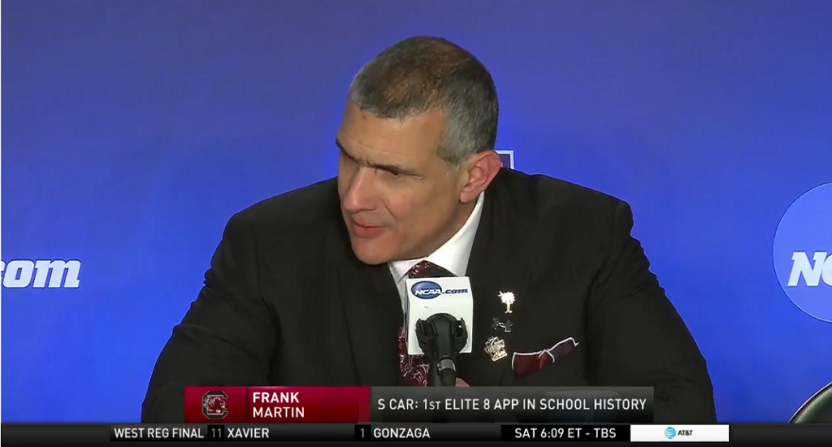 Coach Frank Martin has long been known as a defensive expert. But when young SI Kids reporter Max Bonsetter asked him a question about how he coaches defense, Martin had never heard the question before.

“When you coach and teach your team defense, what’s more important: technique or attitude?”

Here’s what Martin had to say:

Meanwhile, some of the questions adults asked during the press conference were much less compelling.

I think this the first Elite 8 ever for South Carolina. Can you just kind of put into perspective what that means for the school and the program?

Talk about the defensive effort for all 40 minutes for the game. Seems like you never let up.

Baylor shot just 30.4 percent from the field and turned the ball over 16 times. A nine-minute scoring drought for the Bears in the first half led to an 18-0 South Carolina run, and the Gamecocks controlled the game from there on out.

So shoutout to Max for asking an on-point question, and also for seeing the defensive battle coming in his Sweet 16 preview. You can follow him on Twitter @maxhoopssports for more youthful insight.