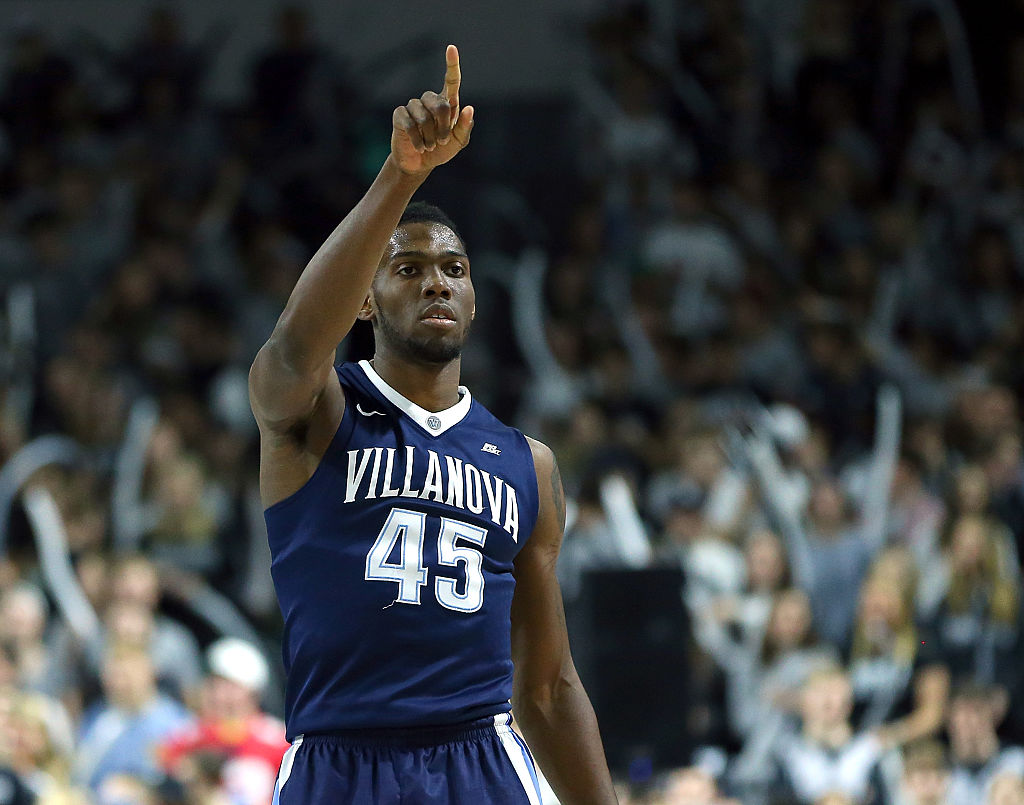 Following a week that saw a handful of upsets around the world of college basketball, the Villanova Wildcats ascended to the top spot in both the Associated Press and coaches polls on Monday. It is the first time Villanova has taken the top spot in the AP poll and the second time Villanova has been the top-ranked team in the coaches poll. It is just another step forward for Villanova under head coach Jay Wright, who is more focused on a larger goal down the line.

“We’re honored and humbled to have been voted No.1 by the writers in the Associated Press poll and the coaches in the USA Today Coaches poll,” Wright said Monday. “There’s still a lot of basketball left to be played and handling this will be another challenge for our team. We look forward to it.”

Wright took over as Villanova’s head coach in 2001, taking over the reins following the final year under Steve Lappas. The Wildcats won the national championship in 1985 by upsetting Patrick Ewing and Georgetown, but Villanova managed to escape the first weekend of the NCAA tournament just once from 1986 through 2000. Under Wright, it did not take long to set the bar higher.

Though Villanova did not receive an invitation to the NCAA Tournament in Wright’s first three seasons as well-dressed head coach on the Main Line, Villanova had a 19-win and 18-win season sandwiching a 15-16 season. In 2005, Villanova went on a run in the tournament, advancing to the regional semifinal where it came up one point shy of topping No. 1 seed North Carolina, the eventual national champion. Villanova took the next step the following season, losing to eventual national champion Florida in the regional semifinal. Wright’s first two trips to the tournament were valuable learning experiences, as he and the program went toe-to-toe with the two national champions. Villanova learned what it takes to build a national championship program, and Wright took what he learned and established the mindset for Villanova in the years moving forward, but he also stuck with his familiar formula of building around a guard-focused offense.

Villanova took an early exit in 2007 in a mid-seed matchup against Kentucky. Odds are even if Villanova had won the battle of the Wildcats, Villanova would have been dumped in the next game by top-seed Kansas. But this early exit was not so much a step back, as it was actually a step forward. Villanova was a young team with freshman Scottie Reynolds offering a glimpse of a bright future as seniors Will Sheridan and Curtis Sumpter were on their last legs with the program. Wright and Villanova roared back the following March with a trip to the regional semifinal, where once again Wright’s Wildcats were ousted by the eventual national champions (Kansas). Once again, Villanova took their experience in the losing effort and grew from it. It paid off the following season when Wright (and Reynolds, now a junior) took Villanova to its first Final Four since winning it all in 1985. Just months after the Phillies won a World Series and the Eagles played for the NFC Championship, Villanova was riding high, but it was taken out by North Carolina in the national semifinal. North Carolina won the national championship after having little trouble with Villanova.

Since appearing in the Final Four, Wright has once again had to rebuild his program with a new crop of players. He manages to grow recruiting classes over time, in cycles it seems. Now here we are again wondering if this could be the year Wright and his guard-heavy approach to basketball has what it takes to not just make a run in the tournament, but win it all.

Villanova has struggled to make a deep run in the tournament since that 2009 Final Four, but now Wright has his Wildcats finding plenty of reason to be confident, and this group may be experienced enough at this point to not let that distract them. This Villanova team has already taken some lumps with losses to Oklahoma and Virginia and Providence. This team is seasoned enough to know there is a long way to go, and if they can learn lessons from their downfalls, Wright could be building something particularly special in a year that appears to be wide open for the taking by any program capable of stringing together enough quality runs. If Villanova can survive a game of poor shooting, Wright just might be taking this team to the next rung on the ladder.