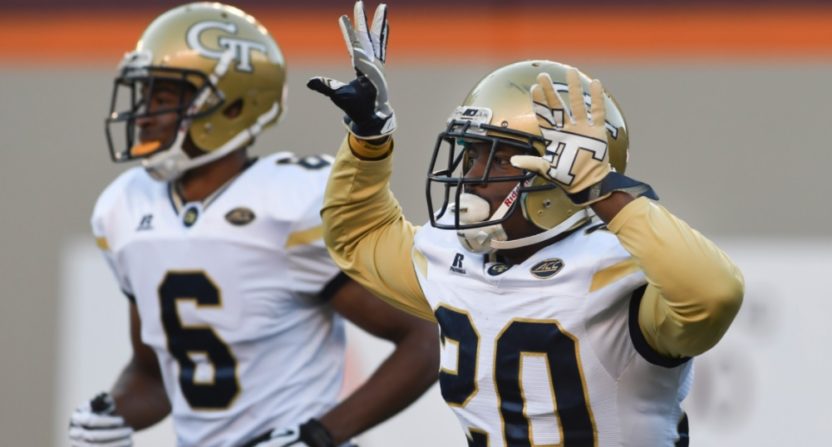 Although Week 7 in college football doesn’t have any matchups between top 25 teams, it’s still one of the more intriguing weekends of the year. There are important games in the ACC and Pac-12, and the Red River Showdown always warrants a look. You might want to sneak in a nap if you’re on the East Coast too, because one Pac-12 contest is worth staying up late to watch.

Here is our weekly Friday collection of thoughts, observations and things worth paying attention to among this weekend’s action.

** Georgia Tech at Miami is one of the more important games on the docket this weekend. The team that wins this contest will be in the driver’s seat in the ACC Coastal division race.

As noted in our ACC midseason review, the Yellow Jackets offense is one of the most pleasant surprises in the country this year. Led by new starters TaQuon Marshall and KirVonte Benson, Tech ranks second nationally in rushing, averaging 396 yards per game. They’ll face a stiff challenge this week against Miami defense that’s only allowing 3.87 yards per carry.

The flip side of this matchup will likely decide which team wins this contest. With very little fanfare, Georgia Tech’s defense is having an outstanding season, ranking sixth in the nation in total defense (260 yards per game). Of course, Miami boasts one of the most explosive offenses in the ACC this season, averaging 7.21 yards per play (second in the conference). Even without Mark Walton in the lineup, the ‘Canes have more than enough playmakers to keep things interesting. 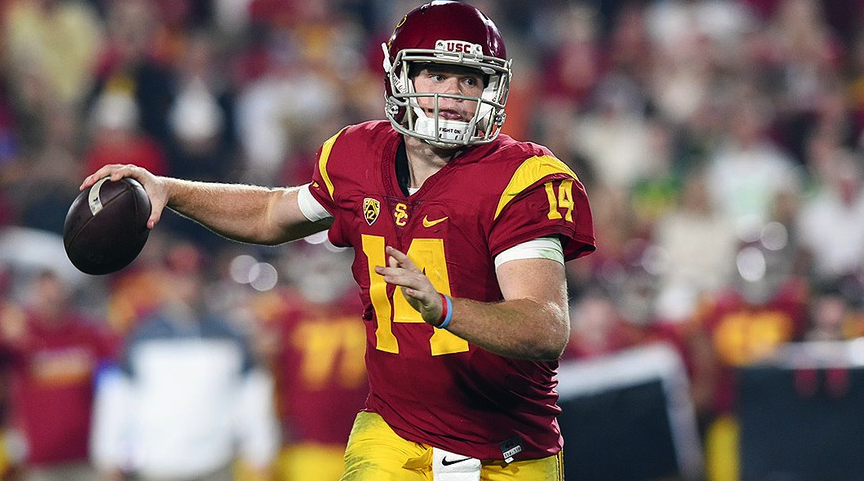 ** USC has a chance to separate itself from the rest of the Pac-12 South with a victory over Utah. A win would move the Trojans to 4-1 in league play, which would be huge considering that no one else in the division has more than one conference win heading into Saturday’s action.

Expect a big game out of Sam Darnold. Yes, he’s struggled at times this season, but Utah was the only start that he lost in 2016. He’ll come out ready to play in this contest, eager to improve on last year’s 18-for-26, 253-yard effort against the Utes.

I’m surprised Utah’s quarterback situation has received so much attention this week. Sure, the offense struggled last week, but that was more of a reflection of Stanford’s defense than the Utes’ offense. If Tyler Huntley can’t go, Utah should have complete confidence in Troy Williams. After all, he did go 21 for 34 for 270 yards and two touchdowns in a come-from-behind victory over the Trojans last season.

** It’s a shame that many on the East Coast will miss Oregon–Stanford thanks to the 11 PM ET kickoff. This contest will be the most entertaining of the weekend. After all, it pits Bryce Love (206.67 ypg and 10.51 ypc) against a stingy Duck defense that has held opponents to just 93.67 yards per game and 2.37 yards per carry. What football fan wouldn’t want to watch that?

One thing to note: Stanford will play the first half without two starters on the defensive line thanks to a couple of targeting penalties against Utah. That leaves the Cardinal shorthanded against an Oregon ground game that averages almost 240 yards per game.

** Will the Red River Shootout produce an upset or a blowout? Texas shocked the college football world in 2013 and 2015 by upsetting a heavily favored Oklahoma squad that came into the game ranked in the top 15. The Sooners enter this contest as the No. 12 team in the country.

On the other hand, UT is 13th in interceptions, picking off eight passes in five games.

** LSU–Auburn is an intriguing matchup. When the Bayou Bengals play well – as they did against Florida last weekend – they are capable of beating anyone. They’re also one of the better pass rushing teams in the country, recording 20 sacks (sixth nationally). That could give LSU an edge against an Auburn squad that has struggled with pass protection this season, allowing 19 through the first five games.

This game will hinge on whether or not LSU can stop the Auburn ground game. Stopping the Tigers rushing attack isn’t an easy task, as Auburn is averaging 277.67 yards per game and 5.83 yards per carry in SEC play this season. On the other hand, LSU’s run defense has been either all or nothing. When the Bayou Bengals have held their opponent to under 200 yards, they’re 4-0. When they haven’t, they’re 0-2.

** This weekend’s upset special is Navy over Memphis. Sure, Riley Ferguson and the Tigers will score plenty of points, but the defense has struggled mightily against the run in AAC play this year, allowing 258.5 yards per game and 6.23 yards per carry. Add in the fact that it’s difficult to simulate the precision of the Middies’ triple option in practice, and this contest has all the makings of an upset. Navy wins a tight one and will enter the Group of Five New Year’s Six bid discussion.