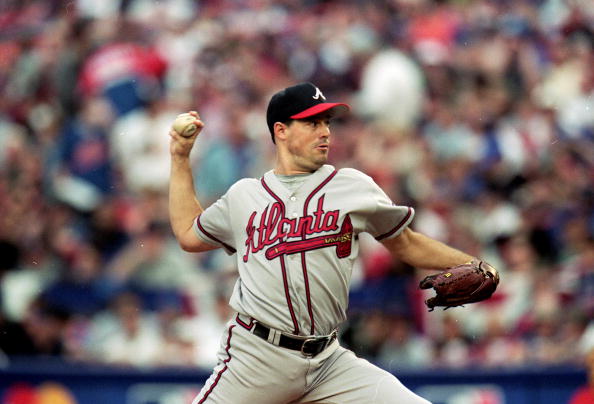 There may not be a person in baseball history that understands pitching like Hall of Famer Greg Maddux does.

And he did all that with a fastball that rarely touched 90 mph. He was the best pitcher of his era — and one of the top-10 pitchers of all-time — by his ability to change speeds and locate his pitches.

It’s no wonder that one of his nicknames is ‘The Professor’, and now he’s going to teach some college pitchers a thing or two about the craft. Maddux is joining the UNLV baseball staff as a volunteer assistant coach:

Greg is from Las Vegas and his son Chase is a sophomore pitcher on UNLV, so it makes sense that the 8-time All-Star would be all about helping out the Rebels.

“To add arguably the smartest player to ever step foot on a baseball field to our staff is so exciting for our student-athletes and the program,” Stolte said. “After meeting with Greg, you are so impressed with him not only with his knowledge of the game, but how grounded he has remained and his genuine desire to share his knowledge with up-and-coming players.

“He may be the most respected teammate in the game past or present, which is the ultimate compliment as a player. We look forward to his immediate impact once we begin our fall season.”

UNLV sophomore pitcher Larry Quaney says that Maddux being a coach on the team is “kind of like a dream come true”:

“I think it’s a great thing that’s going to happen for us,” he said. “I remember Chase telling me he might be coming to help out and it actually happened. It’s kind of like a dream come true.”

Despite being born in 1997, two years after Maddux won his fourth consecutive Cy Young Award, Quaney has seen plenty of his future coach’s highlights online.

“I was too young to really watch him and remember,” he said. “But I’ve seen all the cool videos on YouTube.”

Maddux, 50, is currently a special assistant in the Los Angeles Dodgers’ front office, and has held similar jobs with the Chicago Cubs and Texas Rangers in his post-playing days (he retired in 2008). He was a second-round pick by the Cubs in 1984 out of Las Vegas’ Valley High School (no, not the Saved by the Bell one).