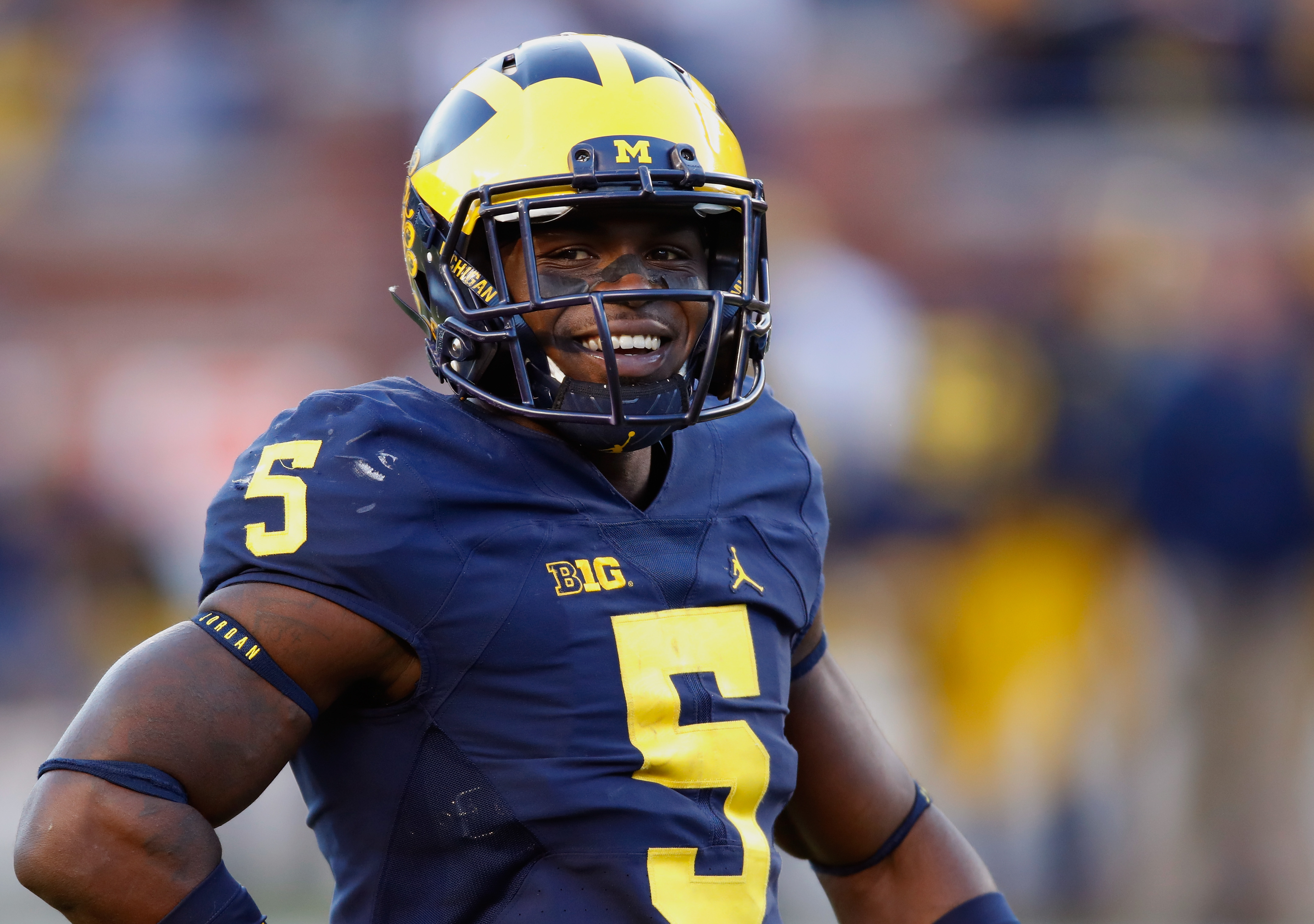 In one of the strangest years in recent college football history, it is perhaps most fitting that somehow five players made it to New York City as Heisman Trophy finalists.

Those players are Lamar Jackson (Louisville), Baker Mayfield (Oklahoma), Jabrill Peppers (Michigan), DeShaun Watson (Clemson) and Dede Westbrook (Oklahoma). Interesting names to put together, but outside of Lamar Jackson, does anyone really have a chance?

More importantly, what is Michigan linebacker Jabrill Peppers doing among these names?

The all-everything player has put up 751 all-purpose yards and scored four touchdowns (three rushing, one returning punts) outside of his defensive duties. Peppers also helped a great Michigan defense with 71 tackles, 15 tackles for loss, 3.5 sacks and one interception.

Not too bad for a 205-pound linebacker, but do any of those numbers jump of the page as amazing? More importantly, how do those numbers warrant a trip to New York City?

Sorry, not sorry… you aren’t the second-coming of Charles Woodson there, Mr. Peppers. But, that’s what you get when ESPN can’t go five seconds of a Michigan game without mentioning just how “great” Peppers is.

Does a Heisman Trophy finalist do this on the game-winning play against his arch-rival?

Here's the Big Ten's Defensive Player of the Year getting bodied by a freshman on the game-winning touchdown. pic.twitter.com/oDQ786xuOZ

How does a player who can’t crack the top of any statistical category in the Big Ten get to New York City?

Too bad that play didn’t count for anything other than fun to watch.

Let’s also stop with the hype of Peppers as this game-changing offensive player, too. He averaged just over two rushing attempts per game and of his 751 all-purpose yards, just 167 of them came in the form of rushing.

More importantly, Peppers’ rushing numbers are severely padded thanks to his day against the worst defense in the country, Rutgers. Two of his three rushing touchdowns came in that game, while he had 74 of his 167 yards (a full 44 percent of his rushing total for the year) in this one game.

A reputation of offensive success built on taking advantage of Rutgers’ porous defense? Come on now.

Then there are his defensive numbers, which are good, but not great. I mean, an outside linebacker in an attacking defense who is seventh on his own team in sacks is somehow Heisman Trophy material?

There certainly were far more deserving names than Peppers.

What about Donnel Pumphrey of San Diego State, who is highly likely to break former Heisman Trophy winner Ron Dayne’s career rushing record (needs just 107 yards in the Aztecs’ bowl game)? He of 2,000 yards and 16 touchdowns on the ground for the Mountain West Conference champions?

What about a fellow Michigan man… you know, Western Michigan wide receiver Corey Davis. All he managed to do was put up 91 receptions for 1,427 yards and FBS-best 18 touchdowns.

Certainly there are more deserving names. The problem is, none of them had their names out of the mouths of ESPN personalities every five seconds on a weekly basis.

While the crowning of Lamar Jackson takes place on Saturday, there are many more deserving players missing out on a trip of a lifetime. But i seems hype matters more than production. That’s a shame in an age where college football all over the country is literally at everyone’s fingertips.