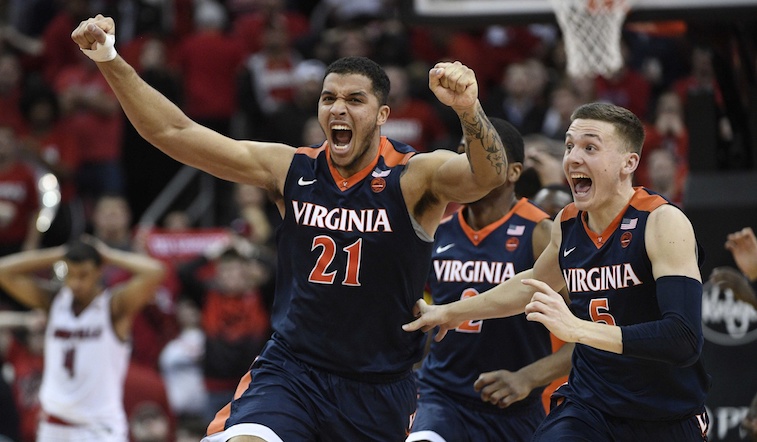 So you’ve decided to watch the NCAA Tournament. Congratulations! Welcome to the greatest American sporting event. Nothing beats March Madness for sheer entertainment value. While most sports on television have seen declining viewership, the NCAA Tournament has been a ratings bonanza.

People love it so much that it’s harming our economy. The first – and best– week of the tournament is historically one of the least productive for United States workers. Blame office pools. According to one study, the average worker will spend up to six paid hours focusing on sports-related activities during the tournament.

The tournament is also affecting our birth rate. Are you familiar with Vasectomy Madness? It’s on the rise (groan, pun intended). Men who are done with having children or are simply uninterested in procreating will schedule a vasectomy to coincide with the start of the tournament. Sit at home for a few days, watch basketball with a bag of frozen peas between your legs. Awesome sauce.

Yes, college basketball can also make you queasy: Hookers! Wiretaps! Shoddy academics! Soon, the FBI might be knocking on the door of your favorite university wondering exactly how that 6-foot-10 power forward wound up on campus. It’s CSI NCAA. There’s also the matter of coaches raking in millions of dollars on the backs of unpaid labor. Why aren’t coaches paid in free education?

The entire sport needs a revolutionary fix. That’s not going happen anytime soon, so in the meanwhile enjoy the games.

We hold this truth to be self-evident

What they never tell you about the NCAA Tournament: it’s not the best to determine a national championship. It’s the most exciting way.

This playoff system can be cruelly random. One bounce, one questionable call or one crazy shot can end your postseason. Talent and coaching helps, but these contests are a series of one-game samples. In a best-of-seven series in the NBA, the best team wins. In the NCAA Tournament, if a team makes 15 3-point shots, your one shining moment becomes your one crying moment.

And remember, this season has been nuts. According to ESPN, an Associated Press Top five team has lost to an unranked opponent 25 times. That tied for the most ever in the history of that poll.

The Cavaliers play at the slowest pace of any team in the nation. Coach Tony Bennett must have a seizure whenever he watches Golden State. Virginia should have all of its games broadcast in black and white and play with peach baskets. Virginia has been – by far– the most consistent team in the country.

One of its losses was at West Virginia, 68-61, and the other was in overtime at home against Virginia Tech, 61-60. Heck, even with the Cavaliers are down by four with less than a second left, as they were against Louisville, they still aren’t out of it.

Former 1980s powers Georgetown, St. John’s, Connecticut and Syracuse are all in sad shape. That makes you want to cry into a John Thompson towel. Thank goodness Villanova is still reppin’. The Wildcats, winners of the 2016 national championship, play well (the most efficient offense in the nation) and their coach looks good. Does coach Jay Wright go to bed at night wearing a suit?

Among the No. 1 seeds, Villanova has the most puzzling loss. How the hell did the Wildcats lose 79-75 to St. John’s in Philadelphia? Keep this in mind: Villanova has a history of not doing well as a No. 1 seed, failing to make the Sweet 16 in 2017 and 2015.

The Musketeers’ most famous fan is actor/comedian Bill Murray, whose son Luke is an assistant on the Xavier staff. In recent years, Murray has experienced the ecstasy of last year’s unexpected run to the Elite Eight, including an upset of Arizona, and the agony of 2016’s last-second loss to Wisconsin in the second round.

Xavier has trouble against Providence and Villanova, but is 28-1 against everyone else. This may be the year that the Musketeers finally reach the Final Four. And then there is the possibility that coach Chris Mack will bolt for the Louisville job. Also, when you watch Xavier, pay attention to J.P. Macura. Doesn’t he look like the villain from every high school movie made?

Kansas vs. the rest of the Big 12 has become a Hammer vs. Nail “rivalry.” This wasn’t anywhere close to being Bill Self’s best team and he fended off would-be challengers Texas Tech and West Virginia. Graham has flourished without Frank Mason III. Look at those passes in the Big 12 tournament title game.

Self is excellent and underappreciated. There is one question to ask while you’re watching: “Is that Bill Self’s real hair?” This is brazen speculation, but you do find yourself staring at his hairline. Does he have a “system” going on there?” Plugs? We need an Outside the Lines investigation.

There might not be an as obvious pick, but there are two intriguing match-ups:

Watch. New Mexico State is my Cinderella for a weekend. https://t.co/4kB9IYPXxi

No. 12 Murray State vs. No. 5 West Virginia – Murray State enters the tournament with the nation’s longest winning streak at 13 games in a row. The Racers’ backcourt of Jonathan Starks and Ja Morant might be as good as any guard twosome in the field.

First team Dancing: Murray State, which wins the OVC tournament over Belmont. Wait until the general public gets a look at Racers post man Terrell Miller: he's 6-8, 245, shoots threes, inhales defensive rebounds and has more hair than any man in college basketball.

* Disclaimer: This information is for entertainment purposes only. The NCAA opposes all forms of legal and illegal sports wagering. If you do enter an office pool for money, Mark Emmert will send Stephen A. Smith to your house to scream at you for 24 hours.

Penn played at Villanova and got smoked, 90-62, but that’s a long time ago. Since February, the Quakers have only lost twice – and one defeat was 80-79 decision at Yale. Sophomore Ryan Betley leads Penn in scoring (14.4 points per game). Penn coach Steve Donahue once guided Cornell to the Sweet 16 in 2010.

Maybe the Quakers will keep it close against Kansas.

The Final Four we deserve

Enjoy the games! They are usually fun. If you have some down time, check out one of the best Saturday Night Live skits of all time.