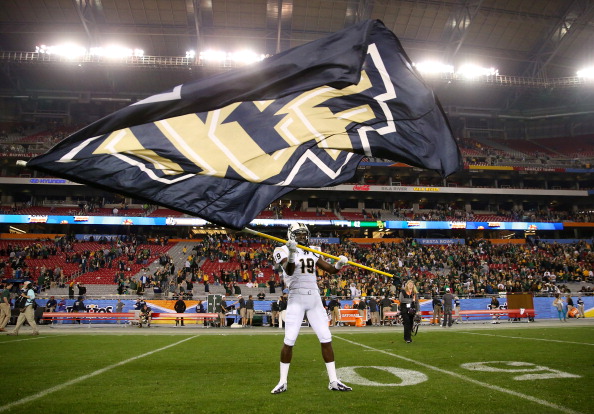 As if the United States hasn’t been hit by enough extreme weather in recent weeks, another potentially devastating hurricane is on the way, and it’s headed for the Caribbean and then Florida.

In light of Hurricane Irma, the University of Central Florida has moved up its football game against Memphis in Orlando from 8 p.m. ET on Saturday to 6:30 p.m. ET on Friday. The school described the move as resulting from “an abundance of caution.”

“The best option for ensuring this game is played is to move it to Friday night,” athletic director Danny White said in a statement. “With travel considerations, we had to make that decision today. I thank the University of Memphis and the American Athletic Conference for working with us to keep safety our top priority while finding a way to play this game.”

The new kickoff time will have a few implications for UCF. For one thing, it could affect the planned broadcast of the game on ESPNEWS. Associate athletic director Andy Seeley tweeted Tuesday that the school was in contact with ESPN and the American Athletic Conference but had not yet found a resolution.

Important to note that UCF officials have been in touch with TV partner and AAC. Television details are TBD at this point.

Given that ESPNEWS isn’t exactly overflowing with fresh content most Friday nights, it seems likely that the channel will still be able to air this game, though there are likely logistical hurdles to overcome.

The other element affected by the schedule change is tailgating. UCF announced Tuesday that Spectrum Stadium and the adjacent parking lots will not open until 5 p.m., 90 minutes before that game. With emergency responders tied up in hurricane prep and class in session Friday afternoon, the university won’t allow tailgating on campus lots before kickoff.

Obviously we hope Hurricane Irma is not as serious as feared and that the decision to bump up game time winds up looking silly in retrospect. That said, it’s probably wise that UCF is not taking any chances.