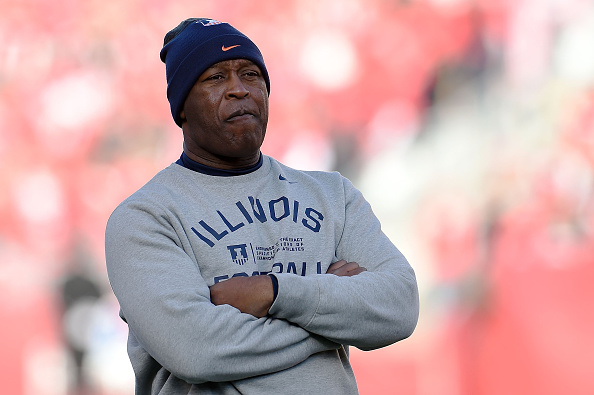 Football can be unpredictable, but you’re almost always assured of at least one chance to kick off. The “almost” there is crucial, though, as Illinois somehow managed to avoid even a single kickoff in a 28-0 loss to Iowa Saturday.

How’d they manage to pull that off? Well, as Go Iowa Awesome’s Adam Jacobi relates, it came from Iowa’s coin toss decisions:

Here’s what happened: with gusting winds on Saturday afternoon, Kirk Ferentz instructed his players to select which end zone to play towards at the coin flip. Illinois won the coin toss, though, and deferred its choice to the second half (where the Illini would obviously receive). Iowa still opted to play towards the end zone with the wind—though, in a second blunder, got the wind for the first and third quarters, and not the crucial ends of each half. With that, Illinois was free to accept the opportunity to receive in the first half as well.

Those extra possessions didn’t help the Illini out at all, though. Here’s their drive chart, via Dan Carson at Fox Sports:

Now that’s Big 10 football. It’s not a good sign for Lovie Smith and the Illini, though. The loss drops them to 3-8 in Smith’s rookie campaign, and it further diminishes some of the initial excitement about his hire. It’s still relatively early in Smith’s Illini tenure, but this ensures the team’s going to finish worse under him than they did under interim head coach Bill Cubit in 2015 (5-7). Smith talked about the disappointment afterwards:

“We didn’t play as well as we needed to under the circumstances. We knew we had to establish the run, keep the ball, especially with the wind like it was. …We didn’t score any points. We dropped the ball when we got it to the receiver. It wasn’t a good day.”

At least they managed to accomplish something historic, but “going without a kickoff” probably isn’t what you want to be known for.