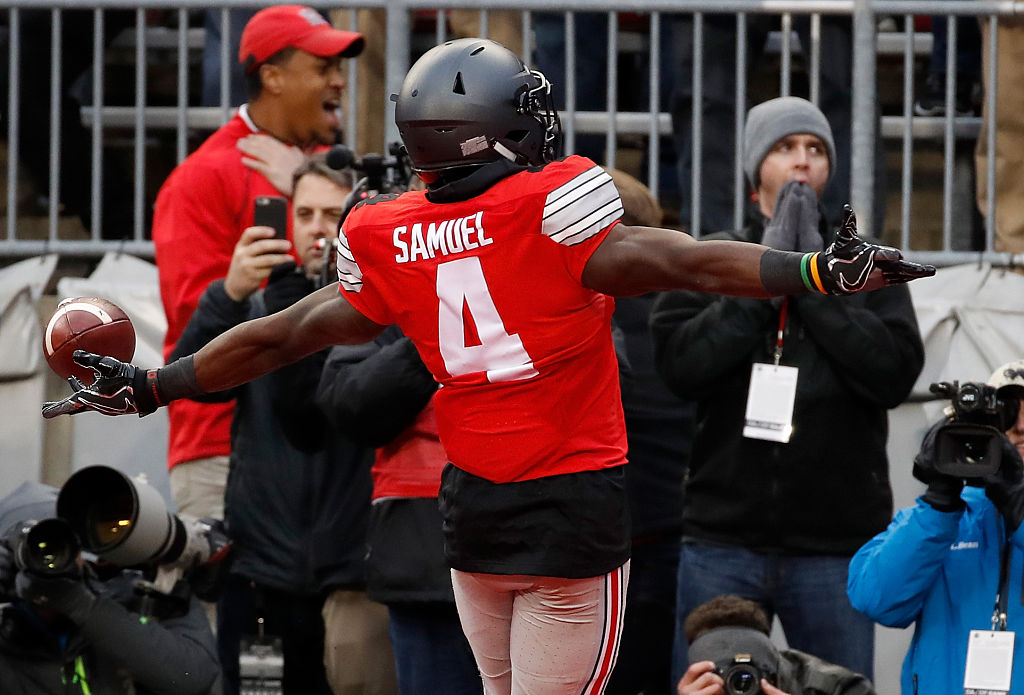 The Ohio State football program has suffered from a number of early exits in recent years as their top players have turned pro with years of eligibility left in college.

It’s a Catch-22 situation for major programs as the best recruits and best players are often the most likely to turn pro and forego their final years of eligibility. With the money-making capabilities of the top college football players still zero under NCAA regulations, the players can’t be blamed for looking to cash in as soon as possible.

More and more underclassmen have declared for the NFL Draft in recent years. In fact, it’s more than doubled in the last 10 years from 40 in 2007 to a whopping 96 last year in 2016.

Theoretically, the really good players that will come out early are more likely to come from the really good programs. And with Urban Meyer’s well-known recruiting prowess and Ohio State’s place as one of the elite programs in college football, it’s no surprise that they’ve seen players leave college early to go to the NFL. But it’s the sheer tonnage of players leaving early that presents a new paradigm for Meyer and for elite college football programs.

After losing in the semifinals to Clemson, Ohio State has already lost five players early to the draft. That includes two All-Americans in safety Malik Hooker, who should be an early first-round pick, and offensive dynamo Curtis Samuel. It also includes top prospects like CB Gareon Conley and LB Raekwon McMillan as well as WR Noah Brown, who had four touchdowns against Oklahoma earlier this year.

The early entries continue a stretch where Ohio State has basically lost what amounts to a college all-star team to the draft instead of sticking around Columbus. After the National Championship run in 2014, OSU lost a number of high-profile stars from that team for the 2016 NFL Draft. Much like that 2014 team, this year’s team was probably a year early to contend for a playoff spot with one of the youngest rosters in college football. Perhaps some of that success is becoming a double-edged sword, especially for Meyer and Ohio State.

Check out this list that’s filled with All-Americans and early NFL Draft selections. The collection of Buckeyes taken in the 2016 draft may have collectively had the best rookie season any school has ever produced with the likes of Elliott, Bosa, and Thomas shining brightly.

That’s 14 players in just two years. And it could have been more. Already players like Tyquan Lewis, J.T. Barrett, Billy Price, and Sam Hubbard have publicly committed to playing another year for Ohio State instead of turning pro. All of them will be major contributors once again next year.

It’s worth pondering if just for a second, though, how scary Ohio State could have been with even half of those players staying in Columbus? Perhaps one thing is for sure, the Buckeyes would not have been shut out against Clemson with Elliott and Thomas still a part of the program.

It’s not just Ohio State, of course. Clemson lost seven players early to the NFL Draft last year and their season turned out pretty well. Next year, they’ll have to try to make it back to the Playoff again without Heisman runner-up Deshaun Watson, who will forego his final year of eligibility. In two very high-profile examples of players not even finishing out the current season before turning their attention to the next level, LSU lost Leonard Fournette and Christian McCaffrey left Stanford early.

There is no one-and-done rule in college football, but the gridiron recruiting game is resembling its hardwood counterpart just a bit more year by year. The pressure is now on the likes of Meyer and Saban and Swinney and the other top coaches in college football to reload year after year after year. Rebuilding years are going to be few and far between and the expectation will be for freshmen and sophomores to carry the load for these top programs before they leave for the NFL. Take Hooker, for instance, who burst onto the scene this year at Ohio State and saw his draft stock shoot to the moon with comparisons to Ed Reed aplenty.

It’s never going to be quite to the extreme of John Calipari sending out a new starting five of freshmen every year at the University of Kentucky. However, like Coach Cal at Kentucky, it’s going to increase the pressure on top coaches to recruit at even higher and higher levels. The snowball effect is plain to see for all: The more stars in your recruiting class, the more likely it is that many of them will get to the NFL as soon as possible.

And if anything, it increases the pressure on the players as much as it does the coaches. In Columbus, star recruit Demario McCall is already being touted as filling the shoes of Curtis Samuel after flashing his talent in garbage time minutes earlier this season. He’ll have just a year, or maybe two, to show what he’s made of before the next five star prospect is waiting in the wings.