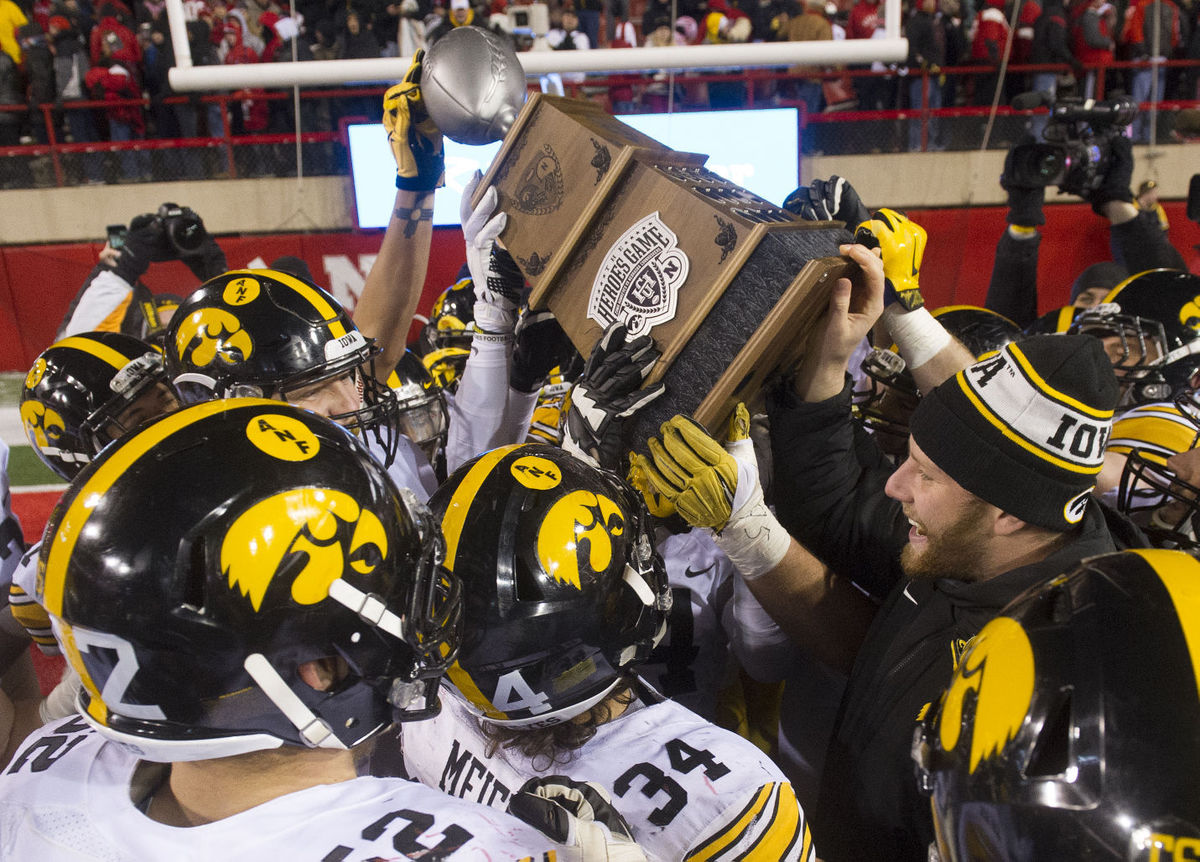 Nebraska traveled to Iowa City looking to keep its Big Ten championship hopes alive. It left with more questions than answers as Iowa reasserted itself.

Where has this Iowa team been all year?

The Hawkeyes came into this season with extremely high expectations. It had many of the key pieces back from a run to the West division crown and spot in the Big Ten Championship game.

Instead of contenting for the biggest of dreams however, this year’s version of the Iowa Hawkeyes could never really get things going. The offensive line struggled to pass protect and open holes for the running game, and the defense blew far too many assignments and gave up too many explosive plays.

That was then, this is now. Welcome back Black and Gold.

In the spirit of the holidays, the Nebraska Cornhuskers ran into the ghosts of Iowa past and got hammered when it needed a win to clinch a share of the West division and stay alive for a potential spot in the Big Ten Championship Game.

It was not to be.

Certainly, a hobbled Tommy Armstrong had something to do with the inability of the Nebraska offense to sustain anything, but more of it had to do with a resurgent Iowa defense. On the other side of the ball, with more possessions and more confidence, the offense was able to roll up 408 yards of offense and win this one going away 40-10.

The Hawks scored early and often.

For the game, the Hawkeyes held the ‘Huskers to just 90 yards on the ground, and only 217 yards total. Just like last year, the defense was good at plugging the gaps and running by committee to the ball. With a less than 100 percent Tommy Armstrong, it was clear that the game plan revolved around stopping the run and making the quarterback make plays down the field.

In most cases, Big Red’s best offense was a heave down the field in far too many attempts to get a low-percentage completion to flip the field. It did not work.

You now have to wonder where this league would be if Iowa could have found this magic earlier in the season. Over the last three weeks, it has beat a No. 3 Michigan team that looked unbeatable, administered a public flogging to Illinois 28-0, and now this against a top 20 Nebraska squad.

But, all we can do is ask what if now.

With the win, Iowa finishes a disappointing 8-4 overall, and 6-3 in the division. It’s a probable second place finish in a tough conference, but it’s a far cry from where it hoped to be to start the year.

For Nebraska, it too will walk away disappointed given the start to the season. In a bounce back year, head coach Mike Riley was able to steer his team out of the gate to a 7-0 record, and heartbreaking loss in game No. 8 to a talented Wisconsin team on the road.

Despite criticism, the ‘Huskers looked to be for real.

It then ran into a buzz-saw at Ohio State the following week and got throttled and exposed 62-3. The Cornuskers weren’t expected to contend in most circles, but the free-fall to end the year has to be a sour taste at the end of a campaign that will result in a 9-3 overall record, and tie for second place in the division at 6-3, barring a Wisconsin loss tomorrow.

In the battles we go through life we always ask for a chance that's fair.

Only thing we can do is keep our heads high and get back to work. pic.twitter.com/aEvYNyJgmd

But all is not lost.

If you would’ve predicted this Nebraska team springing back like this at the beginning of the year, most fans and administrators would have taken it in a heartbeat. It’s a good building season for Riley to continue the climb of the mountain in Lincoln.

Now, off to bowls for both of these teams, and off to more cataclysmic clashes tomorrow in the best conference in America.