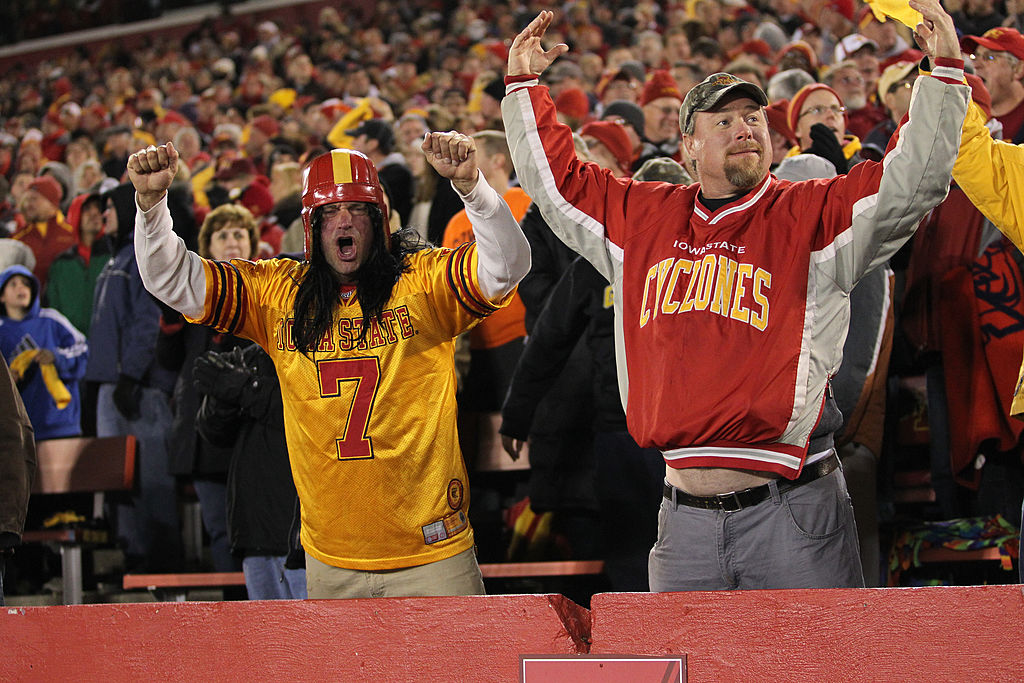 The Big 12 Conference is still contemplating whether or not to add two or four schools to its conference. On top of that, the list of schools vying for those spots is long and full of great candidates. However, one school is being singled out more than the rest.

It’s Brigham Young University who is receiving most of the attention, and it’s not for a good reason.

Iowa State is already in the Big 12, and its student government is now working towards excluding BYU from the Big 12.

That’s right – the Cyclones’ student government doesn’t want the Cougars in the Big 12.

The reason behind adding BYU would be for its football program. But Iowa State’s student government knows the idea of adding BYU goes way beyond football.

Sen. Abhijit Patwa introduced the resolution and argued Iowa State’s Student Government shouldn’t support BYU’s bid because of “BYU’s discriminatory policies and practices are inconsistent with the values of the Big 12.”

Those policies mostly refer to LGBTQ rights. LGBT groups have already spoken out against the idea of adding BYU to the Big 12.

“Athlete Ally, a non-profit that conducts LGBT awareness campaigns for sports leagues, and the National Center for Lesbian Rights, sent a letter to Big 12 administrators detailing what they believe are discriminatory policies by BYU, a religious institution owned by The Church of Jesus Christ of Latter-Day Saints.

In the letter addressed to commissioner Bob Bowlsby, the authors write in part: “BYU … actively and openly discriminates against its LGBT students and staff. It provides no protections for LGBT students … Given BYU’s homophobic, biphobic and transphobic policies and practices, BYU should not be rewarded with Big 12 membership.”

BYU has an Honor Code that “explicitly prohibits its students, staff and faculty from ‘not only sexual relations between members of the same sex, but all forms of physical intimacy that give expression to homosexual feelings.’”

The school is in Provo, Utah and is owned and run by The Church of Jesus Christ and Latter-day Saints, and has been one of the top Big 12 candidates during the process largely because of its football program.

While the Honor Code at BYU largely deals with LGBTQ rights, Patwa took it a step further.

“[It is] widely accepted that the attack on Jack Trice was racially motivated,” Patwa said. “Take a stance to what we believe in.”

Trice was the first African-American athlete at Iowa State College. He died after a football game against the University of Minnesota in 1923.

The President of Iowa State’s Student Government is Cole Staudt. Just like Patwa, Staudt is against BYU joining the Big 12.

“I have been speaking with other presidents of Big 12 institutions,” Staudt said. “A number of them said that they don’t believe we should be taking a position at all.”

But Staudt and Patwa know not speaking up or doing anything about something this big isn’t right.

“You can’t change people by making them sit in the corner,” Staudt said.

“I am a heterosexual male. I am not an athlete. This in no way affects me, but this problem is bigger than us,” Patwa said as well.

Shortly before a recess, Staudt made one of the best points.

“I’m disappointed, I don’t have to be here. It’s [disrespectful] to say that you don’t have the time to listen to us,” Staudt said, as about half of the senators left the room for a short break.

Ultimately, the Senate did end up voting and the resolution passed 21-6-0. That’s a big step in the right direction for Iowa State’s goal of preventing BYU from joining the Big 12.