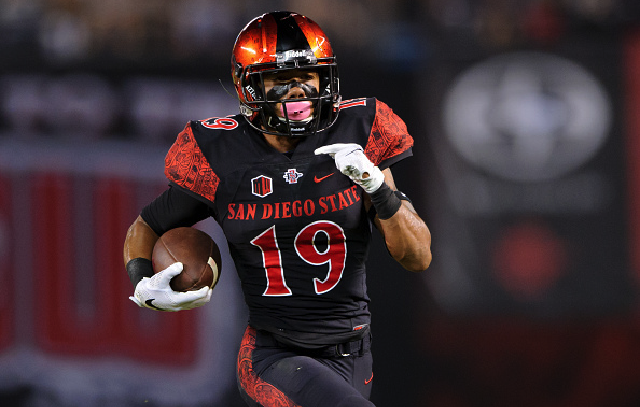 When Brady Hoke left San Diego State for Michigan following a 9-4 campaign in 2010, it was easy to assume the Aztecs’ revival would be short-lived. It was just the second winning season for SDSU since 1997 and the coach that engineered the turnaround fled after just two seasons.

Now, six full seasons later, San Diego State has become the picture of consistency in the Mountain West Conference, a league that now finds itself in the middle of a transition. From 2010 through 2016, SDSU has gone 63-30, played in seven straight bowl games and won at least a share of three of the last five MWC championships. When Boise State arrived in 2012, the Broncos were supposed to dominate a league looking for a post-conference realignment identity. Instead, Boise’s won one title outright and split another with SDSU.

How did all of this happen?

For starters, just look at the Aztecs’ head coach, Rocky Long. He’s been there since Hoke’s departure and doesn’t seem anxious to leave, either. Meanwhile, the rest of the conference has experienced quite a bit of coaching turnover in the same stretch. Air Force is the only other Mountain West school with just one coach since 2010. Boise State had to make a change after Chris Petersen left for Washington, and that shakeup has much to do with the conference’s current parity.

Petersen took home five conference titles in eight years, winning two Fiesta Bowls and running up a record of 92-12 over the course of his tenure. Boise was a rising college football brand when he arrived, but the standard Petersen created set the program apart from the others in both the WAC and then the MWC. Bryan Harsin is a capable replacement, and one who’s still won his fair share of games in three seasons with the Broncos. But without Petersen, the team has not yet returned to the same (admittedly lofty) heights.

They’re still at an advantage, however, given their significant financial resources and recruiting. And those alone should keep them ahead of the pack for now. But the distance does appear to be closing, at least between the Broncos and Aztecs.

Over the last two years, Boise’s recruiting is ranked 65th nationally while San Diego State’s is 79th (numbers from SB Nation’s Bill Connelly). The Broncos have had four players drafted since 2014 and SDSU’s had two. The Aztecs have another card to play for recruiting purposes, though: Donnel Pumphrey.

During Saturday’s Las Vegas Bowl win over Houston, the senior overtook Ron Dayne as the NCAA’s all-time rushing leader. While there are caveats involving longer seasons and faster-paced offenses in the sport’s modern era, those are manufactured asterisks at best. Pumphrey’s not the first SDSU running back to find success (Marshall Faulk may ring a bell), but for current recruits, he’s the one that matters most.

Admittedly, it should’ve never been that difficult to get talented players to San Diego State to begin with. The city of San Diego is gorgeous, and the growing campus continues to grab more and more of the College Area neighborhood in Mid-City. With constant sun, nearby beaches, increased athletic investment, and a host of other activities in the surrounding area, it’s obvious why players would want to come there.

It’s not all positive, though. The current stadium situation (the Aztecs share Qualcomm Stadium with the Chargers) is a real issue. Qualcomm struggles to draw a ton of fans for Aztecs games given the parking situation, off-campus location, and lack of bells and whistles compared to newer venues. Voters said no to a new stadium back in November, which creates further questions about the program’s long-term outlook.

Is it likely that prospective players are digging into program details this much? Not really. They see the recent poll appearances, the conference titles, the bowl trips, and the fact that Long’s been at the helm for a six-year stretch now. The Aztecs are consistent at this point, which is more than you can say for just about any other team in the conference.

Over the past two years, SDSU has made sure that consistency isn’t boring. There’s predictability, sure, with a great defense and a solid rushing game. But Long’s teams have created an identity in a conference lacking one. It’s what will continue to set them apart as the Mountain West continues to find itself.

Most of the Mountain West’s teams have faced one another for decades, yet the true rivalries are minimal and regional in scope. The “dominant” program (Boise) has only been there for five years. One team (Hawaii) is a long plane ride from every other member. So this is where San Diego State has every opportunity to own the narrative of what the league will become.

Since Utah, BYU and TCU left, there’s been a power struggle to define the Mountain West. You’ve seen it every year as WAC newcomers Boise, Utah State, Fresno State and others all took turns sitting atop the pile. But perhaps the consistent power has been there all along.

Seven years in, San Diego State has yet to slow down. If anything, they’re picking up steam on the back of consecutive 11-win seasons. Boise State still has plenty of advantages, to be sure. But this could be the start of a successful, long-term run for the Aztecs atop the conference.