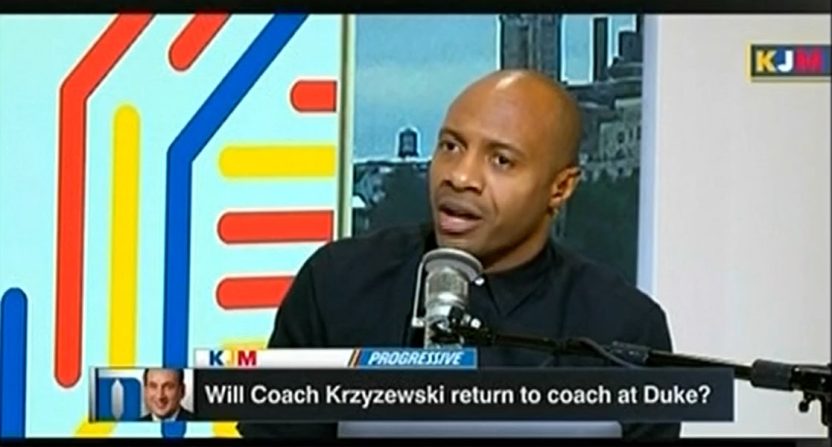 Would anyone be stunned if Coach K pulls a Tom Brady and announces he’s coming back for one more season shortly after retiring? Mike Krzyzewski’s former point guard Jay Williams would not be.

On his Tuesday morning ESPN Radio show with Keyshawn Johnson and Max Kellerman, Jay Williams casually suggested he can foresee Krzyzewski returning to Duke for one more season. And normally, a rumor like this might be viewed as sensationalism, but it has added cachet and legitimacy coming from Williams, who played for Coach K from 1999 to 2002.

Jay Williams thinking Coach K could come back to Duke for one more season? pic.twitter.com/4x4aUm3PkR

“It leaves a huge gap at Duke,” Williams said of Smith’s departure. “Who fills that void from a recruiting perspective? And it leads me to think…does Coach K come back for another season? One more final season. I’m not saying I know this, I’m just throwing it out there because these kids are coming in expecting to win a championship and they recruited and they have close relationships with Nolan Smith.”

Last June, Krzyzewski announced the 2021-22 college basketball season was going to be his 42nd and final at Duke, with associate head coach being Jon Scheyer named his successor. Despite Duke having a great reputation and a replacement plan in place, Smith’s departure could still cause some recruits to de-commit. Who better to prevent that from happening than Coach K?