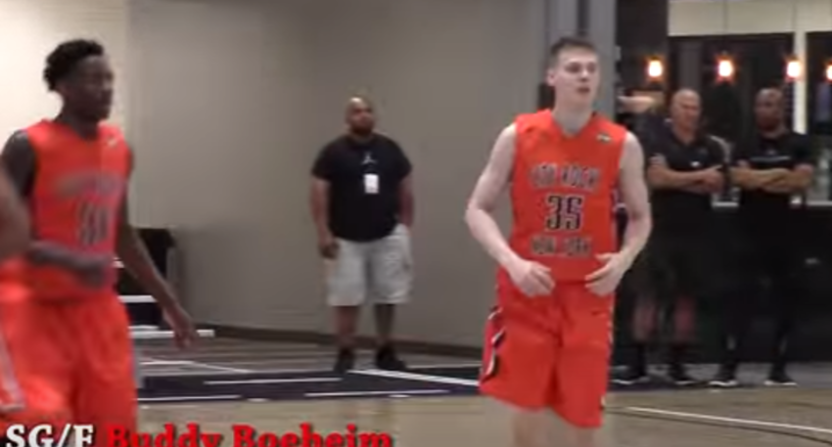 Boeheim and Syracuse, two names that just seem to be inseparable. Make all the plans you want, but it seems like the two names are destined to be intertwined for many years to come.

You know Jim Boeheim. Save for a couple years attempting to make it as a pro baller, the Central New York curmudgeon has been involved one way or another with the Syracuse basketball program since 1966. He’s been the head coach since 1976 and following the news that his heir apparent left for Washington, it appears he might just be there for another 30 years, give or take.

There have been many long-standing opinions on why Jimmy B wants to stick around for as long as he can. The most common notion is that the man just can’t quit the idea of running the program that he has built in his own image. He famously referred to the nine-game suspension he served two seasons ago as “torture.”

However, there’s another theory involving his children. Specifically, his two teenage sons, Jimmy and Buddy. It was presumed that one, if not both of them, would end up at SU and Jimmy, Sr. would want the honor of coaching his own children in the orange. That assumption took a hit when Jimmy Jr. opted to take his talents down the road to Cornell.

That leaves Buddy Boeheim as the last chance to prove that theory correct. Judging by the recent flurry of interest in him, that either seems very likely or suddenly in doubt.

The 6-foot-5 guard who is off to Brewster Academy this year has mostly flown under the recruiting radar so far but that has changed in a hurry. Much of that has had to do with the awareness he’s been getting as a member of AAU squad City Rocks New York. In fact, Boeheim picked up an offer from Gonzaga earlier this week.

Excited to announce that I have received an offer from Gonzaga University! pic.twitter.com/gwuGDBPnqh

It may just be the first of many to come. According to his AAU coach, the younger Boeheim is also attracting interest from North Carolina State, Penn State, Northwestern, George Washington, and Georgetown.

Boeheim and Georgetown? Now there are two words that do not go together.

While it’s funny to imagine Boeheim getting out-recruited by his traditional rival for his own son, it should be noted that all of this interest is likely to act as justification when Jim Boeheim eventually offers his son a scholarship to Syracuse and Buddy accepts. While he admits that he considers SU “a dream school,” he’s at least willing to let the process play out.

“I mean, it’s a dream school. If I feel I’m good enough to play there, that’s definitely what I’m going to do,” Buddy said Sunday, as his Albany City Rocks took a break between games at their own Rumble in the Bronx tournament in Ardsley, N.Y. “But I also have to look at other options. See what’s best for me and where I’ll fit in with the systems. Yeah, I lot of people think I’m going to Syracuse. But I’m going to look at some other schools before I make a decision.”

Perhaps most surprising is that his parents, Jim included, want Buddy to pursue that route. Juli Boeheim even said that they expect to take some school visits in the fall.

Those others schools are probably going to have to roll out the red carpet and pull a rabbit out of a hat if they want a Boeheim to put on their uniform instead of a Syracuse one. Given how long Buddy has been dreaming of where he might play college ball, they’ve got a lot of catching up to do.

“I mean, I’m used to [my dad] yelling at me when I’m screwing up. That would help, because I’m used to that.  But I think it will also be exciting and fun. There’s no one else I’d rather play for than him.”

We’ll see if he winds up doing that.