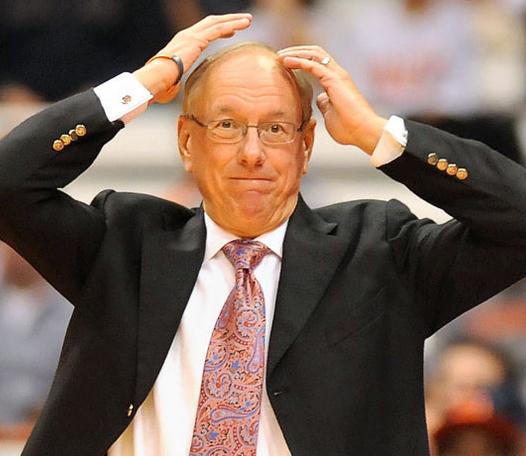 Be careful what you wish for, Jim Boeheim.

The Syracuse basketball coach originally-received a nine-game ban from the NCAA this season for his role in infractions that occurred over the previous decade as a part of larger sanctions. Some of those sanctions were successfully-appealed recently but Boeheim was still awaiting word on whether or not he’d have to serve all nine games, scheduled to begin December 30 with the first ACC game of the season.

Today it was announced that his appeal of the nine ACC-game ban had been upheld by the NCAA Infraction Appeals Committee but that he can begin the suspension immediately instead of waiting until conference play.

Unfortunately for Boeheim and the Orange, that means he will miss Saturday’s rival-renewing match-up with the Georgetown Hoyas in Washington, D.C. Assistant head coach Mike Hopkins will be the head coach for that and the following eight games for Syracuse. Hopkins has already been named Boeheim’s eventual successor, scheduled to take over the program for good in 2018. 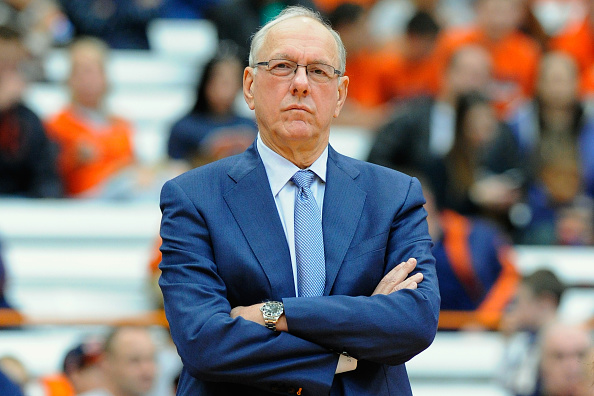 Aside from the Georgetown game, Boeheim will also miss a December 13 game vs. St. John’s at Madison Square Garden, a December 30 showdown at Pittsburgh and a January 2nd game with the No. 21 Miami Hurricanes. His first game back is a doozy, a January 9th battle between the Orange and the No. 9 North Carolina.

Syracuse University released a statement saying that while it was pleased the initial suspension was changed, it “supported Coach Boeheim’s argument made during his hearing that any nine game suspension would be too severe based on previous cases, and his lack of involvement in the underlying conduct, which the Appeals Committee recognized.”

Boeheim told ESPN’s Dana O’Neil that he is frustrated with the lack of notice over the change in timing, which does a disservice to the current players.

“They gave us two days’ notice. If they were going to do this, why not six weeks ago? We’d been preparing to use the next few games and practices to prepare the coaching staff for what was going to happen. Now we have less than two days. It’s less than ideal. The players are in class. I can’t pull them out of class. They’re going to know from the public before they hear it from me.”

ESPN’s Jay Bilas had even harsher sentiment for the way the NCAA handled the entire matter.

The fact that Jim Boeheim is disallowed from communicating with staff or players during the suspension is unjustifiable. Horrible policy.

Syracuse is trying to determine whether the athletic director is allowed to communicate with Boeheim during the suspension. They don’t know.

Perhaps the most intriguing question of all…what does an idle Jim Boeheim do in December?

Aside from missing three games in the early 90’s for cancer treatment, Boeheim has never been away from the program for an extended period of time like this since he took over in 1976. Since he’s not allowed to have any contact with the team or program, he’s going to have to figure out some hobbies and quickly.