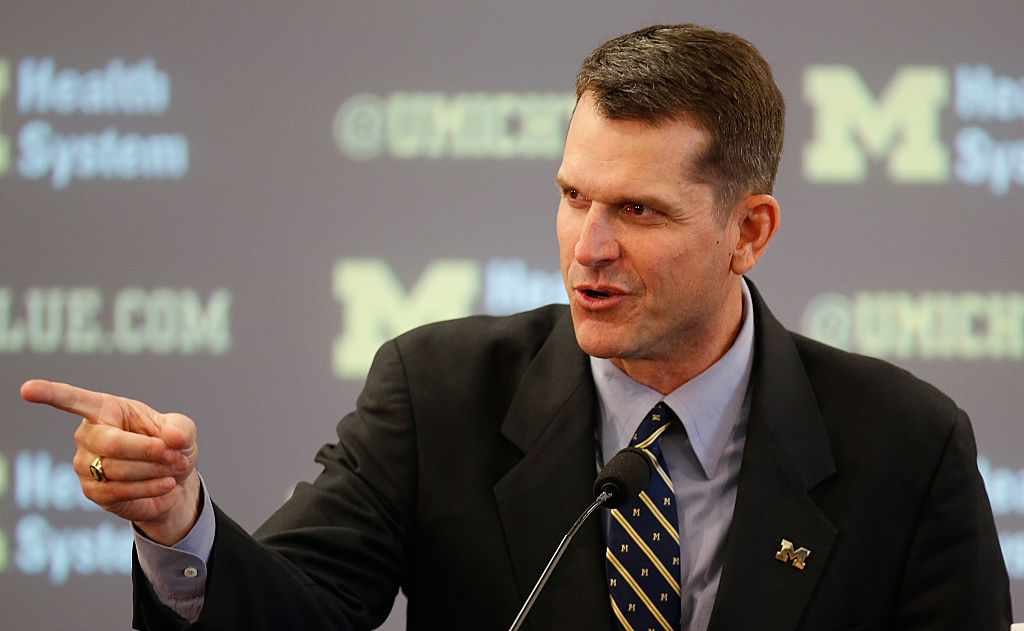 Michigan is going to be a team that receives a good amount of offseason hype as Jim Harbaugh gets ready for Year 2 as the head coach of the Wolverines. Michigan took some nice strides in his first season as head coach, but now Harbaugh is busy trying to continue building and molding the team with his roster through recruiting. As is so often the case, there are some bizarre stories that can be told on the recruiting trail, but this one may be the early leader in the clubhouse as the Class of 2016 starts to come down the final stretch to signing day.

Harbaugh is going all out to flip the nation’s top kicker to Michigan, and he is prepared to not only camp out on the kicker’s lawn on Thursday, but go to school with him the next day if necessary. The kicker, Quinn Nordin, is currently committed to Penn State but Michigan has made a serious push to try and flip the kicker to the Wolverines. With the NCAA recruiting dead period set to expire on Thursday, Harbaugh appears to be ready to take full advantage of every possible minute to get Nordin to ditch Penn State for Michigan.

“Under the exact rules, he’s going to be at my house at 12:01 he said. That’s when it’s legal for him to be at my house,” Nordin said. “He said we can watch a movie, see how well we gel and he said he would sleep over after that.

“I was in tears laughing when he said that. He said the next day, if my parents didn’t want me to miss school, he would go to every class with me and go to lunch with me. I was laughing so hard.”

Penn State fans are used to these kinds of recruiting tactics. In 2011, Penn State lost linebacker recruit Ishaq Williams to Notre Dame in the middle of the night. The day he was supposed to make an official visit to Penn State, but then defensive coordinator Bob Diaco showed up at his door at 4:30 a.m. and did not leave until he got a commitment to Notre Dame out of Williams.

Will Harbaugh’s sleepover strategy pay off to get the top kicker? More importantly, should this be cause for some sort of recruiting reform? Do we really want to live in a world where college football coaches are sleeping over at recruits’ homes? Also, would you allow a coach to sleep over at your house if that coach was trying to recruit your kid? This is one of those stories that certainly is good for a laugh, but does nothing to help change the image of recruiting being a dirty business at times.