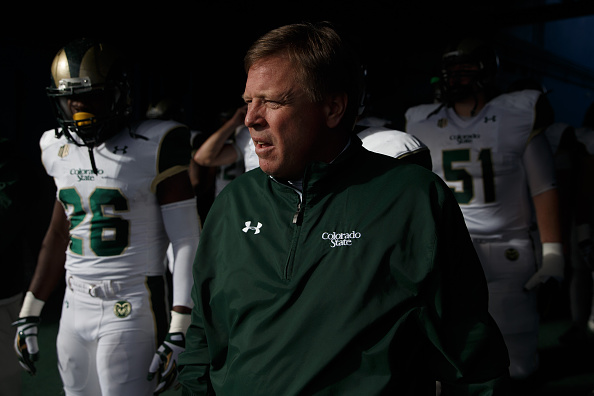 University of Florida head football coach Jim McElwain was the head coach for Colorado State University from 2012-2014, and his punter for two of those seasons with the Rams was current preseason All-American, Hayden Hunt.

Despite Hunt’s outstanding skills, he was never once called by name from McElwain at CSU. Even in McElwain’s exit interviews before heading to Florida, he simply referred to Hunt as “punt guy”, according to the Coloradoan:

His former coach, Jim McElwain, never once addressed him by name, even calling him “punt guy” during their exit interview before Mac took the job at Florida.

Hunt has a great sense of humor about being a punter and being one of the main faces of CSU football this season:

“I’m not sure what more reporters can ask me other than how much higher and further do I want to kick the ball this year,” Hunt said.

Hunt also said that he liked McElwain, and had some hilarious details about the former Rams head coach:

“I liked him. Everyone was pissed when he left, but whatever. We got Bobo out of it and it worked out great. I love how he had to write an apology to the Florida player for cussing him out. I saw that happen every other day here with no apologies. That was the funniest thing ever. … He loved to mess with the specialists in a new way. He’d buy us rubber duckies for the (training room) tub so we’d have more fun in there. He offered to buy us grown-up diapers so we wouldn’t pee down our legs during field goal period. Bobo likes messing with us, but Mac came to our meetings personally and made fun of us.”

“Punt Guy” begins his quest for the “Ray Guy” (Award) tonight, when the Rams take on in-state rival Colorado in Denver at 8 PM ET on ESPN.