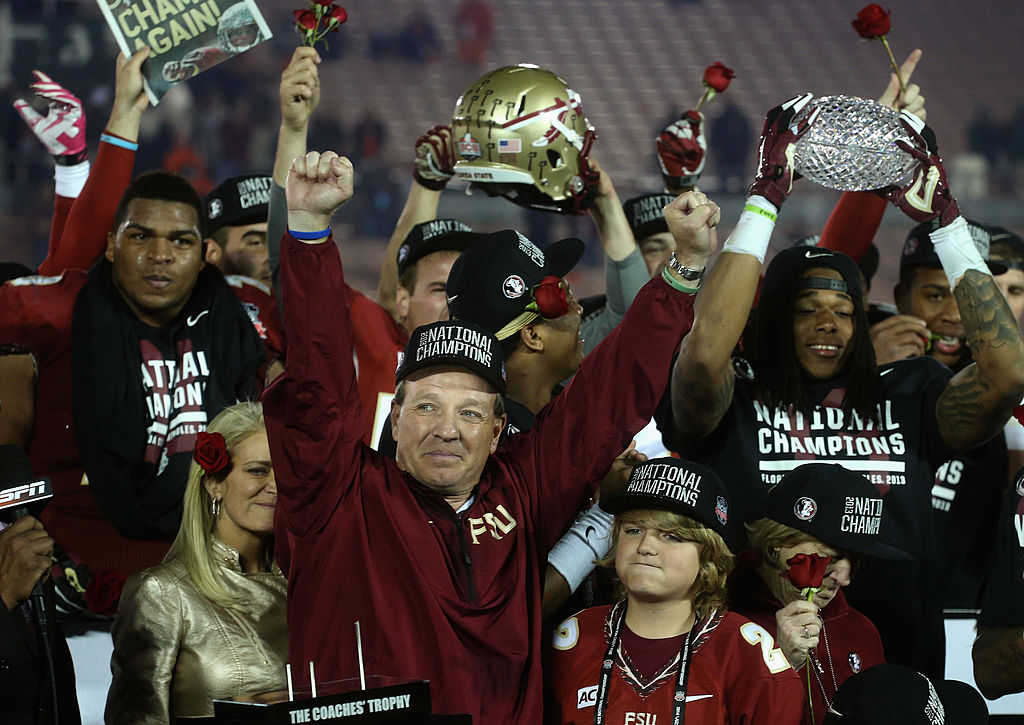 Two of the biggest college football programs in the country in Florida State and Michigan won’t be playing in the College Football Playoff this season. Instead, they’ll be playing each other in the Capital One Orange Bowl on Friday.

Jimbo Fisher and his Florida State Seminoles went 9-3 this year and finished the season as the #10 team in the country. While they didn’t make the College Football Playoff, Fisher is fine with ending up in the Orange Bowl.

“It’s not meaningless,” Fisher said during a news conference Thursday morning. “You play your tails off. That’s your job. That’s what you’re supposed to do. I don’t get the meaningless part either. There’s no such thing as a meaningless bowl game.”

The Orange Bowl between FSU and Michigan is the first of the six games to take place. Wolverines coach Jim Harbaugh is fine with playing in the Orange Bowl and hopefully adding to his school’s trophy case, even though its not a Playoff game.

“Winning the Orange Bowl championship is our goal now. That’s a lot,” Michigan Head Coach Jim Harbaugh said. “We want to win the most awards; we want to get the best grades; we want to excel at sports. We have the opportunity to win a trophy.”

Over the last month, the value of the 38 non-College Football Playoff bowl games has been debated at length largely because of two major decisions from Stanford’s Christian McCaffrey and LSU’s Leonard Fournette.

McCaffrey and Fournette are two of the top running backs in the upcoming 2017 NFL Draft and stated they think preparing for the NFL combine is more important than playing in their school’s bowl games.

The decision from those two running backs is partially what prompted Harbaugh and Fisher to make their statements. They’re joined by other coaches as well, including #1 Alabama’s Nick Saban, who have spoken out that they think the playoff is taking away some of the meaning of the other bowl games.

“We better be really, really careful with all this playoff stuff,” Fisher said. “We’re all caught up in a championship. All we talk about on Tuesday [when rankings are released] is who is in the playoff rankings. Who cares? Go play and be the best team you can be.

“These games all mean something. I think they mean more than ever right now, and I hope we don’t push that away and destroy a great tradition in college football.”

Harbaugh also told reporters the opportunity to play in the Orange Bowl is enough motivation for him and his players. They together also said just missing out on the Playoff by two spots doesn’t take away the meaning of playing in the Orange Bowl.