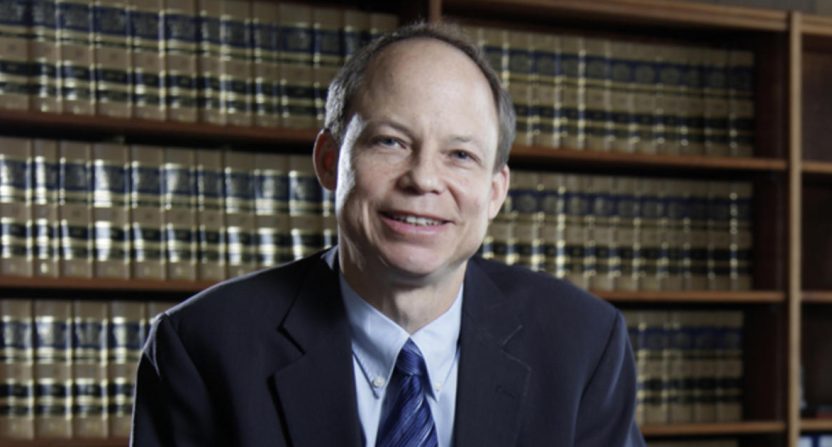 In a win for anyone who wants justice for victims of sexual assault, the judge who sentenced Stanford swimmer Brock Turner to just six months in prison for felony sexual assault was removed from his seat on the bench via a recall election.

Judge Aaron Persky was the first judge in California to be removed from office in 86 years.

Via the Mercury News:

Judge Aaron Persky became the target of a well-financed recall campaign aimed at convincing Santa Clara County voters to unseat him after he sentenced former Stanford swimmer Brock Turner to six months in jail for the sexual assault of an intoxicated, unconscious woman outside a campus frat party.

“The vote today — if the numbers hold — is a vote against impunity for high-status offenders of domestic violence and sexual violence,” Dauber said, adding in reference to the victim that, “This victory is not just for Emily Doe, but for girls and women everywhere.”

Perskey sentenced Turner to just six months in jail, which ended up being three, and cited the fact that both parties had been drinking as something he considered, as though that were something that justifies or excuses sexual assault, or as though the victim being unconscious after drinking means she deserved it more. (That focus on drinking is nothing more than an attempt to further blame victims, and it was backed up when Stanford decided to ban alcohol from parties in response.)

Recall opponents, including Santa Clara County District Attorney Jeff Rosen and Public Defender Molly O’Neal, pointed out that the sentence already had led to meaningful change. The case inspired the Legislature to pass new state laws, including one that requires judges to send anyone convicted of sexually assaulting an unconscious or drunk person to prison for at least three years.

Not sure how “this was so bad we had to pass entirely new laws to prevent it from happening” is a statement of support of Persky, to be honest. Then there was this approach:

The judge’s supporters also said recalling Persky would exacerbate injustice by frightening other judges into imposing longer sentences. They argued that independence from popular opinion is what has allowed judges to rule on civil rights, integrated schools, free speech, access to birth control and marriage equality.

That’s hilarious when you consider that Persky was elected to begin with, and would have been up for re-election in 2022. This country features a lot of elected judges, and the idea that it’s a freedom from popular opinion that allows them to get away with moving society forward is a laughably, willfully misguided take on the situation. If anything, they’re too isolated from public opinion.

This is a surprisingly strong win for anyone who thought that sentencing was an affront to victims of sexual assault in general, and the victim of Brock Turner in particular.