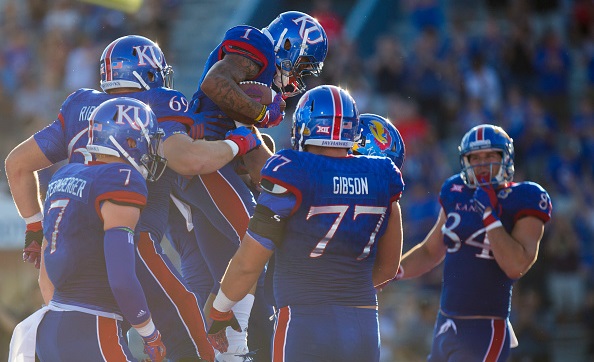 It has been a heck of a year. Alabama lost a regular-season game for the first time in two years and Nick “Rat Poison” Saban’s Crimson Tide might miss out on the College Football Playoff. A Heisman Trophy candidate grabbed his junk on national television. And Lane Kiffin is suddenly likable and a candidate for national coach of the year.

The fun will be ramped up once the bowl-game pairings are announced this weekend. But why wait? We are proud to announce the second annual TheComeback.com Bowl. We’re extending an invitation for Kansas (1-11) and UTEP (0-12) to play Dec. 9 at H.A. Chapman Stadium in Tulsa, Oklahoma. 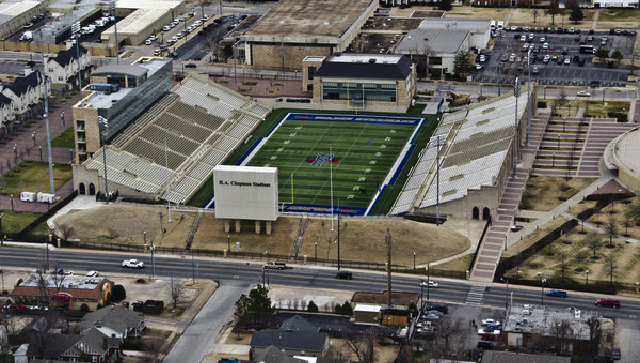 As you may recall from last year, TheComeback.com Bowl celebrates the sheer absurdity of irrelevant bowl games by pitting the two worst teams in the FBS against each other. And unlike silly exhibition games like the say, Capital City Raycom Media Camellia Bowl (whew, you’ll get fatigued just reading the name), there are stakes and better prizes.

(*Each player is limited to four rides per day. Non-transferable. Tip not included. Other restrictions may apply.)

Here’s how we arrived at this year’s match-up: UTEP clinched an automatic berth by being the only one of 129 FBS teams to finish winless. Choosing the opponent took a little more research. Five teams finished 1-11, but Kansas had the second-worst average point differential in the nation (minus-29.0).

That stinks. That’s TheComeback.com Bowl. So, without further adieu, here’s what you need to know about the participants.

Believe it or not, there was a time when the Jayhawks occasionally reached a bowl game, were competitive and were even ranked. They had momentum. They had a coach. Then, they decided to get rid of that guy. Mark Mangino, who coached in Lawrence from 2002-2009, was a miracle worker. He elevated Kansas to place that no one ever dreamed. Of the Jayhawks’ 12 bowl game appearances, Mangino was responsible for four. The 2007 season was his crowning achievement: Kansas went 12-1 with an Orange Bowl victory and finished ranked No.7 in the nation.

The good times did not last. The Mangino Era unraveled in an unusual way. After the Jayhawks started 5-0, they lost their remaining games to finish 5-7 in 2009. He was fired after the season due to allegations he was verbally abusive and had inappropriate physical contact with players.

With Mangino gone, Kansas went back to being Kansas. The Jayhawks have been miserable since. They’re on their third coach since Mangino’s ouster. And neither Turner Gill, Charlie Weis nor David Beaty won more than three games in a season.

How bad was Kansas this year? The Jayhawks beat FCS Southeast Missouri State to open the season – and that was it. Since upsetting Texas in overtime 24-21 in the second-to-last game of 2016, Kansas hasn’t beaten a fellow FBS opponent. They lost their final two games of this year by a combined score of 99-20.

Of all the amazing statistics in college football, get this: Kansas has not won a true road game this decade. The Jayhawks last won on the road in 2009 when it won at UTEP, 34-7. Since then, 46 straight losses on the road – the longest streak in modern football history.

Amazingly, the athletic director has already announced that Beaty will remain as coach despite a 3-33 record.

There are only two options viable for Kansas football at this point. First, disband the program and put all available resources into the basketball program. Or, the Jayhawks can win the TheComeback.com Bowl and get the help they need to be respectable again.

This team was so bad that its coach – Sean Kugler – resigned after an 0-5 start. How awful does it have to be for a guy to quit midseason on his alma mater? Yikes!

Kugler was the first coaching casualty of the season when he left in October. And guess who the Miners turned to for finishing out the year? They brought out ol’ Mike Price out of mothballs to be the interim coach! Yep, that’s right – a 71-year-old who previously coached UTEP before resigning in 2012. Price, the same guy who infamously had the shortest tenure of an Alabama coach. He lost his job six months after being hired in 2003 following an encounter with a Pensacola stripper named Destiny.

UTEP was epically terrible at offense. The Miners were last in the nation in scoring (11.8 points per game), total yards (230.5 per game), second-to-last in third-down conversion percentage (26.9), and third-worst in rushing yards (95.6).

The closest they came to a win was a 15-14 home loss vs. Western Kentucky in Price’s debut. They might have won but missed three field goals, including a 39-yard try late in the fourth quarter.

As poorly as UTEP played, it does have a star player. Offensive lineman Will Hernandez might be the best guard in the nation. He could have left for the NFL early, but decided to return for his senior year. Hernandez could be a first-round draft choice.

Kansas and UTEP deserve a shot at happiness. TheComeback.com Bowl gives them the opportunity to end 2017 on a positive note and gives them the advantages they will need to be competitive in 2018.

Remember our motto: “Give us your tired, your poor, your huddled masses yearning to finally to be a winner.”