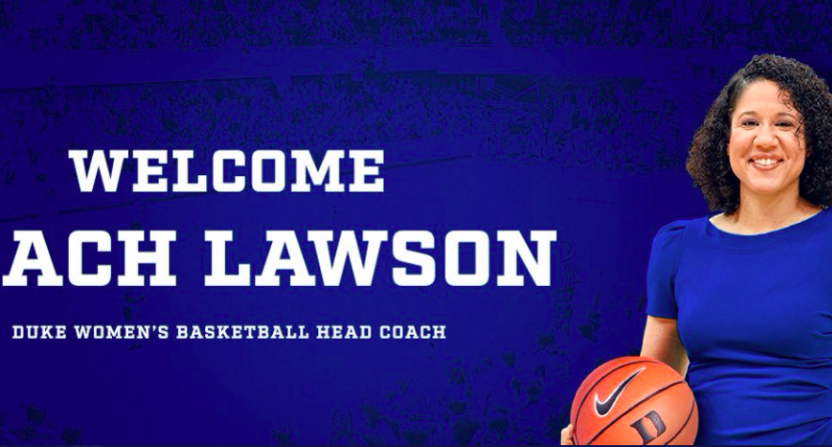 It’s the latest culmination of an impressive basketball career that has seen the 39-year-old rise meteorically across just about every aspect of the sport.

Lawson rose to prominence at the University of Tennessee where he went to three Final Fours under Pat Summitt. She then spent 13 seasons in the WNBA and won the league title with the Sacramento Monarchs in 2005. She also played for the Connecticut Sun and Washington Mystics. In 2008 she was apart of the Team USA squad that won gold at the Beijing Olympics.

While still playing, she served as a studio analyst for the Sacramento Kings. After retiring from the WNBA, Lawson joined ESPN as an NBA and college basketball analyst, working mostly on Washington Wizards games. In 2017,  Lawson became the first woman to work as a nationwide broadcast analyst for an NBA game.

In June 2019, she was hired by the Boston Celtics to join Brad Stevens’ coaching staff as an assistant. She joined San Antonio’s Becky Hammon, Dallas’ Jenny Boucek, and Cleveland’s Lindsay Gottlieb as female coaches in the NBA and was one of 11 female assistants in the league this past season. Her historic stint in the NBA coaching ranks was brief, however, as she now takes the Duke job a little over a year later.

Lawson becomes the first Black head coach in Duke women’s basketball program history and the second Black woman hired in the ACC this offseason (following Notre Dame’s Niele Ivey). That’s notable as there has been a recent call for more female and Black head coaches in women’s sports, specifically women’s basketball. Also notable that both Lawson and Ivey count NBA assistant experience on their resumes.

Lawson replaces Joanne McCallie, who was a three-time ACC coach of the year in her 13 seasons with the Blue Devils. Duke won three ACC Tournaments and made the NCAA Tournament ten times under McCallie. However, the arrival of Notre Dame and Louisville in the conference has made ACC titles harder to come by and Duke hasn’t finished among the league’s top three since 2013. Duke finished 18-12 overall and 12-6 in the ACC last season and will look to Lawson to rebuild and return the program to the Final Four for the first time since 2006.

Lawson brings a ton of excitement and potential with her and it won’t be surprising to see Duke’s recruiting dividends see an immediate uptick. She not only brings basketball bona fides with her but also the national prominence of having been an ESPN personality and NBA coach. It’s about as much of a slam dunk hire as Duke could have hoped for.