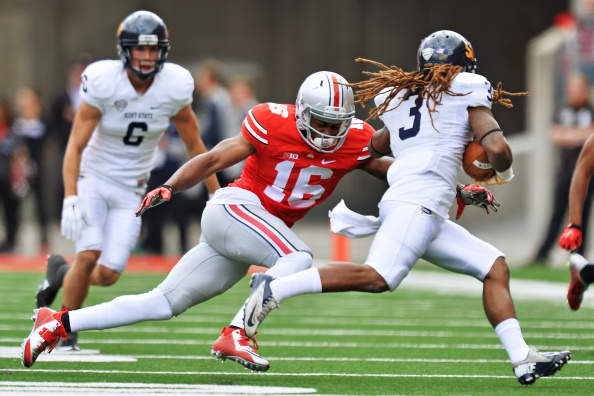 Kent State announced that it has fired the strength and conditioning coach who oversaw a workout where a player collapsed and died, because the coach had falsified his certification.

CBS Sports had initially sent a Freedom of Information Act request to Kent State in search of football strength and conditioning coach Ross Bowsher’s certification after the death of Golden Flashes football player Tyler Heinz. However, Kent State responded to CBS that there were no “responsive records” and issued this statement.

“We continue to mourn the loss of Tyler Heintz, and the Kent State family is focused on joining with the Heintz family in honoring the memory of Tyler in our thoughts and actions.

“Kent State University continues to assess and review all policies and practices relative to the circumstances surrounding Tyler’s death.  It is premature to report the totality of our findings, but we remain steadfast in the due diligence of our review and our commitment to the safety and well-being of all student-athletes at Kent State University.”

After an internal investigation, Kent State told CBS that it found Bowsher was not certified. Since it is against NCAA rules to not have a certified strength and conditioning coach, Bowsher was fired and the school could be punished by the NCAA.

During the course of the review, it was discovered that football strength and conditioning coach Ross Bowsher provided false information about his certification, which is required by the university and the NCAA.  Mr. Bowsher has been dismissed from the university, and we are self-reporting this decision to the NCAA.

The NCAA and its schools continue to face scrutiny for failing to adequately protect their players, and for taking in billions of dollars in total while not paying the very athletes who are risking the health of their bodies to earn that money. This is just another in a long line of cases where schools haven’t done enough to keep athletes safe.