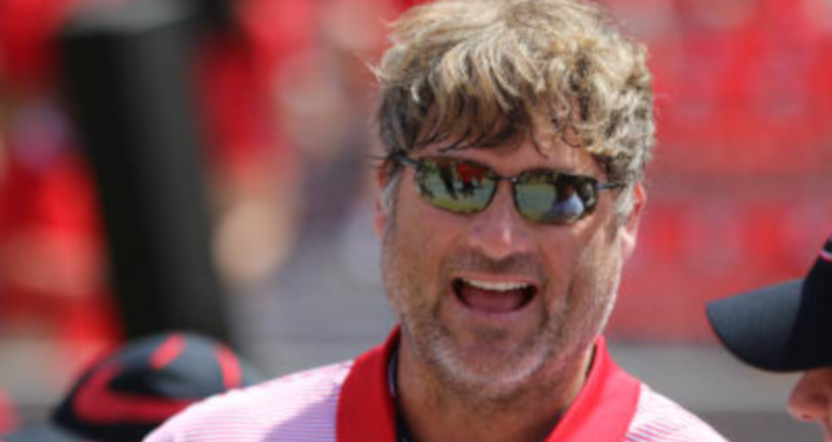 The strangest NCAA story we’ve seen in a while comes from the University of Georgia, where a folding chair at an athletics event led to Kevin Mays losing part of his pinky finger. Mays is a former All-SEC guard at Tennessee, and the father of Cade Mays, who’s spent the past two seasons on the Bulldogs’ offensive line and at tight end, but announced his intention to transfer earlier on Wednesday; that’s reportedly going to be to Tennessee, where his father played and where his younger brother Cooper is committed to play this year. And shortly after that came out, UGASports.com (the Rivals site for Georgia) publisher Radi Nabulsi broke the news of Kevin Mays suing the school. Here’s the full story (from UGASports.com’s Anthony Dasher), which mentions that the lawsuit in question was filed Dec. 5, 2019, and here’s Nabusi’s tweet:

Cade Mays' father had part of his pinky finger amputated at an #UGA athletic event when the folding chair he was in got wedged against a column. Sam Pittman put the finger on ice.

The Mays are suing the UGA and the chair manufacturer it appears.https://t.co/g5j35JItWS pic.twitter.com/t9FE6OT0js

Here’s what that document at right says:

“As a result, Plaintiff Kevin Mays’ pinky finger was partially amputated as the subject folding chair wedged against the column. His severed finger shot across the floor. UGA Offensive Line Coach Sam Pittman picked up Mays’ severed finger from the floor, and it was put on ice. Plaintiff Kevin Mays was transported to Piedmont Hospital in Athens for treatment, where he was diagnosed with partial amputation and fracture involving the fifth distal phalange of the right hand. Plaintiff Kevin Mays is right-handed. At the Emergency Room, his pain on a scale of 1-10 was a 10.”

Amazingly, as Nabulsi tweeted in a reply to USA Today’s Dan Wolken, this happened on a recruiting visit before Mays committed to Georgia (on Dec. 20, 2017, following a previous verbal commitment to Tennessee). So his dad losing his finger in a recruiting visit to Georgia didn’t stop him from committing to the school?

I was told the story about a month ago but yes my reporters found it today.

But yeah, there might be a connection between his dad now suing the school over a severed finger and the younger Mays deciding to leave. Oh, and judging by those documents, the company in question being sued is Mity-Lite. So, you know, maybe chair brand and column placement is something for athletic departments to consider when hosting future recruiting events…

[UGASports.com, photo of Kevin Mays from Jeff Sentell of DawgNation]