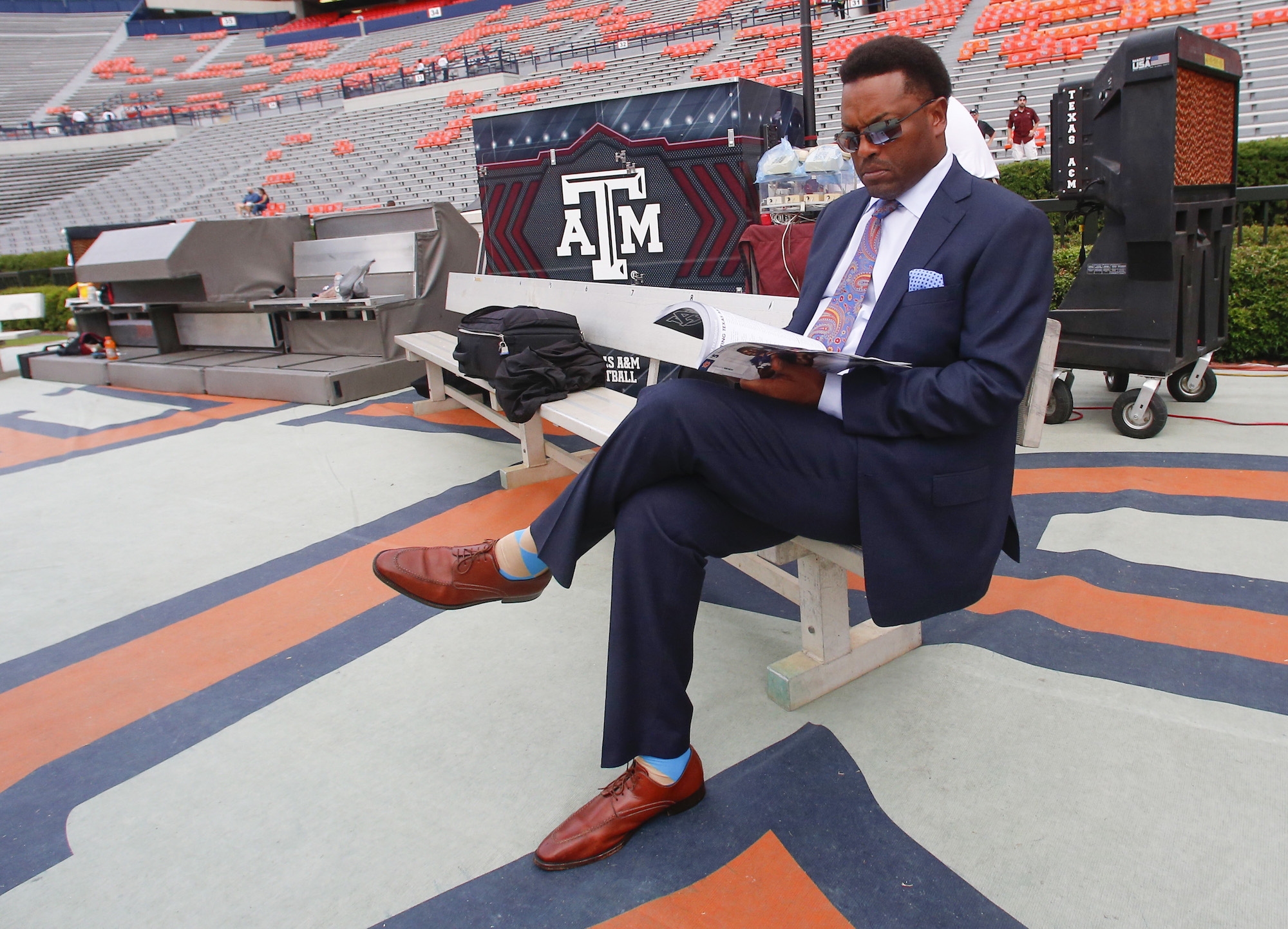 Coaching in the Southeastern Conference is kind of like being Indiana Jones. Just swap the fedora for a visor and the bullwhip for a laminated play sheet.

Peril lurks around every corner (Alabama! LSU!). Even if you avoid the poisoned darts, there is a giant ball waiting to pulverize you. And just when you think you’ve escaped with the prize, Belloq –a.k.a. Nick Saban – snatches the championship out of your hands.

The pressure never goes away. There’s no safe haven. The league’s Darwinism means you have to prove yourself every season. Unless you’re Saban, no coach is immune. 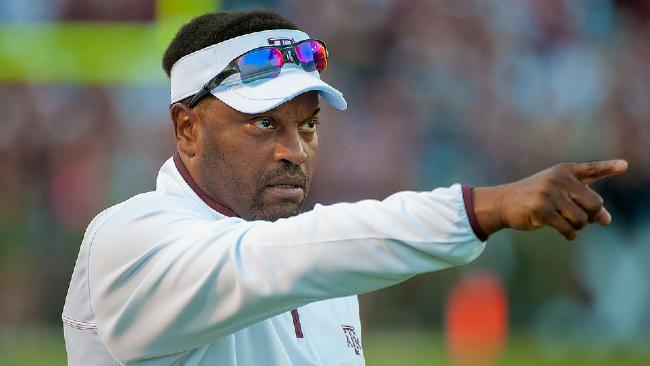 Entering 2016, perhaps no SEC coach was under more duress than Texas A&M’s fifth-year head coach Kevin Sumlin. Consecutive 8-5 seasons might get you a raise in other conferences but not here. He was ranked No.1 by CoachesHotSeat.com’s preseason ratings. Five of the top eight were SEC coaches, including the first three: Sumlin, South Carolina’s Will Mushcamp and Auburn’s Gus Malzahn.

Sumlin’s hot seat is a little cooler these days. His Aggies (3-0) are ranked No. 10 in the Associated Press poll after winning at Auburn 29-16 Saturday. This week they have the opportunity to climb even higher when they face No.17 Arkansas (3-0) at AT&T Stadium.

“We recognize where we are,” Sumlin said. “But we have a lot to work on. We’re trying to get better every week and address our problems.”

Texas A&M beat Arkansas 28-21 in overtime last year but the Razorbacks have won of nine of their past 10 games overall.

“I don’t really care about last season and I don’t think Bret does either,” Sumlin said, referring to Arkansas coach Bret Bielema. “They have a lot of momentum based on what they’re doing this year.”

After this Saturday, the Aggies will go to South Carolina and then face Tennessee at home. When the dust settles, Texas A&M could be undefeated next month when it travels to defending national champion Alabama.

Not bad for a team picked to finish fourth in the SEC West in the media poll behind Alabama, LSU and Ole Miss. They were also rated the seventh best team in its own league.

The Aggies have exceeded expectations because of better balance. They are first in the league total offense (530.7 yards per game, 14th in the nation) and second in scoring (42.33 points per game, 24th). Meanwhile, the defense has allowed just 3.2 yards per carry after being gouged for 5.0 yards per rush last year.

With this unexpected success, Sumlin is now ranked No. 16 by Coaches Hot Seat.

But we’ve seen this movie before. This is the third-straight season the Aggies have started 3-0. Last year, they were 5-0 entering a home game against Alabama. They were blitzed 41-23 and never recovered, finishing 8-5. In 2014, Texas A&M was 5-0 before being smashed 48-31 at Mississippi, also ending the season 8-5.

Multiple late-season collapses for any SEC coach is dangerous. But that wasn’t it. Sumlin suffered through an embarrassing off-season. In May, quarterback Tate Martell decommitted from Texas A&M, prompting a Twitter rant by wide receivers coach Aaron Moorehead, which resulting in another recruit, wide receiver Mannie Netherly, decommitting as well. And then when you throw in the disastrous off-season episode with the women’s clinic. Sumlin really needed a fast start to quell the negative perceptions about his program.

It’s a stark turnaround for a guy who was once considered an up-and-coming coaching star not too long ago. His high-scoring offenses fueled by Johnny Manziel had some believing that Sumlin was on his way to the NFL. However, the SEC, particularly the SEC West, is brutal. Texas A&M has had to fight against perennial powers Alabama and LSU, both of whom regularly draw better recruiting classes.

Sumlin put his faith in his ability to be a quarterback whisperer. Post Manziel, the Aggies would be fine, he thought. He believed he could plug anyone in his system. Kenny Hill started hot, faded, and is now at TCU. Kyle Allen (Houston) and Kyler Murray (Oklahoma) also transferred.

Sumlin had to make changes. He did so by bringing in offensive coordinator Noel Mazzone, formerly of UCLA. In Mazzone’s four seasons, the Bruins set individual single-season records for passing, total offense, all-purpose yardage, and rushing. Sumlin also went with the most-experienced, new quarterback he’s ever had.

Trevor Knight, a graduate transfer from Oklahoma, is the first regular upperclassman starting quarterback Sumlin has played in his five seasons. It’s paying off so far as Knight is 19th in the nation in passing yards (830) and has been sacked just once. Sumlin said having a veteran QB has made a difference, especially one like Knight.

“He wants to be great,’” Sumlin said. “This is a second opportunity for him. He knows that. He filled a void for us, not just as a quarterback. He’s a guy who has played the position in big games. So when you walk into Auburn, that’s not a shock.”

These changes might be enough for Sumlin to stay off the hot seat, or at least far enough down those rankings to draw attention. He can smile for now. He can even joke. This week he was asked for his frenemy relationship with Bielema. After the game, Bielema jokingly said he might punch Sumlin.

After A&M’s wild win vs. Arkansas, Kevin Sumlin told Bielema: “I don’t know what to say.” Bielema: “Don’t say anything, I might punch you"

“Who said we were that close?” Sumlin said with a smile. “Close people don’t punch each other.”